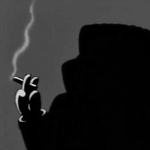 Am wondering if anyone has either seen After Yang (2021) recently or remembers it enough. I watched it yesterday and wasn't exactly blown away. Had some good qualities -- acting, visual style, interesting concept -- but can't say I was wowed by the story.

One thing though really did strike me and has been in my mind. Oddly enough, it was the choices made during editing. Best I could tell, they used more than one take for a given scene, shot from a slightly different angle, and then edited them together so the dialogue would often be said twice in short snippets. Something like:

Of course, short of doing screen shots -- which I can't do since the disc was a bluray and I'm not feeling energetic enough to try and find a copy online -- hopefully you get the idea.

I'm not sure I cared a great deal for this editing technique used in this film, in the way it was used. I think ultimately I found it a tad jarring, maybe more like a way to keep the audience from drifting given the overall low-key atmosphere of the picture.

Wondering how others reacted to that and anything else about the film anyone might want to discuss.
Top

It's been a few months now, but I thought that was done in order to convey the jittery nature of memory, which is a big part of what the film is about, and as such I thought it was a creative and effective way to convey some of the ideas Kogonada is exploring in the film.
Letterboxd

Can see that Teproc now that you mention it. At this point, though I only watched the movie a couple days ago, can't say how much of the film utilized that editing technique nor if it was used only in 'remembered' scenes or what. It's great to see artists continue to explore the medium of film and ways to use it to convey emotion and meaning.
Top
Post Reply
3 posts • Page 1 of 1