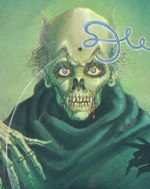 The programme was released yesterday.

Link to the brochure

Any thoughts on what films are recommended are appreciated as I have priority booking that needs to be sent back by 5pm UK time tomorrow.
Top

Of course the one year I decide to go to the Venice festival BFI rolled out a lineup 10x better.

I got tickets for:
Top

The main difference is that the films in Venice are all premiers, and pretty much culled from what wasn't yet ready for Cannes.

What are your thoughts about what. you've seen at Venice so far?
Top

Only a few of big films interested me so I ended up watching a lot of forgettable directorial debuts (a couple of them did win me over somewhat). Funny enough, the most poorly made film by far is Walter Hill’s new western, would have thought it was a student film if it weren’t for the big names attached. Favourite so far is Fukada’s Love Life.

Have Blonde coming up tomorrow.
Top

Funny enough, the most poorly made film by far is Walter Hill’s new western,

That's too bad, looking at the cast got me kind of excited about it, even though I'm not exactly a Hill partisan; I think he's made one film that's pretty close to great, and that was his first back in 1975. Still he's got an old-school mentality that appeals to me; I just watched Trespass the other night actually, which I liked a bit more than I might have predicted.
It was the truth, vivid and monstrous, that all the while he had waited the wait was itself his portion..
Top

Pretty much the only reason I wanted to see it, turned out to be a waste of two of the most charismatic actors of our time. The speech Waltz gave before the screening to honour Hill for the filmmaker award was worth the price of admission though, that guy can really light up a room.
Top

These are the ones I've booked into see:

Klahr and Benning were no brainer choices for me, these are the guy who come instantly to mind when I think about who my favourite filmmakers are, I just feel very lucky particularly to be able to see another Klahr feature in the cinema, both very consistent filmmakers, although I was mystified by Benning's Twenty Cigarettes. I'm very excited about the retrospective of the Finnish miniseries too. Herbaria looks very chill and like I will never be able to see it in the cinema if not here. Inland is a punt that works with the schedule.

Whilst I would love to camp out at the LFF for two weeks, it's the busiest time of the year for me work wise and I have also committed to doing an exam, so just one weekend for me this time.

Leeds Film Festival is in November and is a potential for me, programme dependent. Would love to do Ritrovato next year although I need to get my head round the planning for that, and how accommodation works.

Serra's new flim looks very much worth seeing, but the timings are really tough, I'm at work for the first screening, and the second one starts at 8pm, which is a late end as the film is three hours long. Good chance to fall asleep given his pacing is slow.
Top
Post Reply
8 posts • Page 1 of 1