1. The winning of Barbara Worth (1926)
quite spectacular - sandstorm, flood.... Will Gary or Ronald get the girl?

18 - I Don't Want to Be a Man (1918) - 6/10 - Ossi Oswalda stars as a spoiled tomboy in a wealthy family who likes to smoke, play cards, and do whatever she wants. Tired of restrictions being forced on her, she dresses up as a man to go out and enjoy life, but discovers that men can have it tough, too. The comedy here didn't really hit for me much of the time. It liked The Oyster Princess and The Doll, but this one was more of a miss.

19 - Shoes (1916) - 7/10 - A teenage girl has to support her parents and three sisters with what she makes at the 5 and 10 cent store she works at. meanwhile, she suffers through each day on a ratty old pair of shoes, unable to afford a new pair. Her father seems to prefer reading and smoking to looking for work. The film hammers the poverty message hard and the actress playing the lead seems mostly devoid of emotion, though that could be because of the mental fatigue from her situation. Her sister and coworker are much more animated and lively. Still, it's not a bad film.

20 - Don't Change Your Husband (1919) - 7/10 - Gloria Swanson stars as a woman whose wealthy husband takes her for granted. The husband spends a lot of time at work, forgets their anniversary, eats lots of onions, and is fairly sloppy around home. She decides to divorce him and ends up marrying a slick acquaintance who has been trying to woo her away from her husband. However, she finds that her new married life comes with its own set of problems. I thought the film was decent, though her marrying the second guy when she had mostly shown disdain for him until then seemed a bit odd. Elliott Dexter as the first husband was pretty good.

21 - Terje Vigen (1917) - 8/10 - In 1809, a British ship is blocking a Norwegian port. One man is desperate to feed his family and takes a small boat to Denmark for food. He is captured and imprisoned until the war is over, but finds that much has changed when he returns home. The film has good scenes at sea and I thought the acting was mostly pretty good.

22 - True Heart Susie (1919) - 7.5/10 - Lillian Gish plays Susie, a farm girl who is in love with her neighbor William. She secretly pays for him to go to college, but when he returns years later after becoming a minister, he marries another woman. Susie continues to pine for William while he finds himself in a marriage that is a mismatch for both parties. Susie and William are each naive and a bit slow in their own way, but good hearted.

23 - J'Accuse (1919) - 8.5/10 - Jean loves his neighbor Edith. Edith happens to be married to Francois and she cares for both men. When the world war starts, the two men join the army with Francois ending up a sergeant and Jean a lieutenant in the same unit. The two men are antagonistic toward each other at first and I liked how the relationship between the two men developed over time. The film shows some fighting, but is more about the relationship between the two men and Edith along with showing some of the suffering that happens during wartime. Romuald Joubé was particularly good as Jean and Abel Gance did a very nice job directing the film.

1. The Saga of Gösta Berling (1924) * 183 min.
A fall and rise story, with a corrupt minister defrocked due to his depravity and continuing to fall from there, eventually beginning to slowly rise towards a useful life because of the love of several women. Good but slow.

2. The blot (1921)
Lois Weber is new to me. She seems to have been a prolific director. There's a bunch of her stuff on Criterion just now.

Thank you for hosting another edition of Silent September, peeptoad! 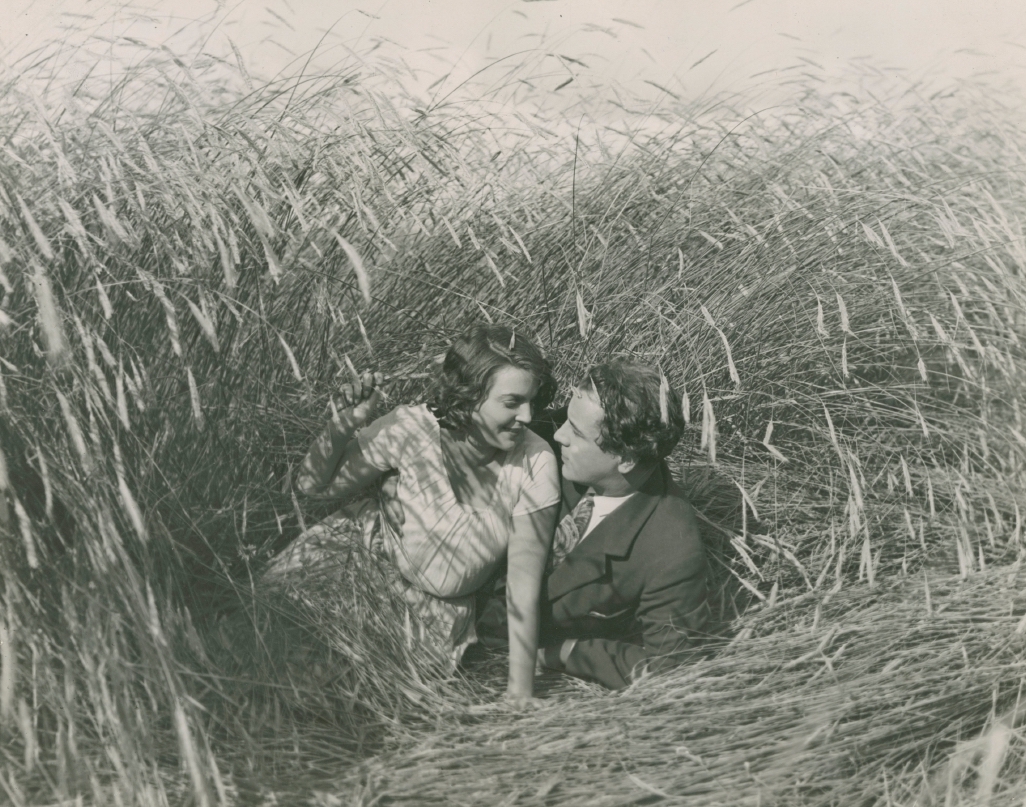 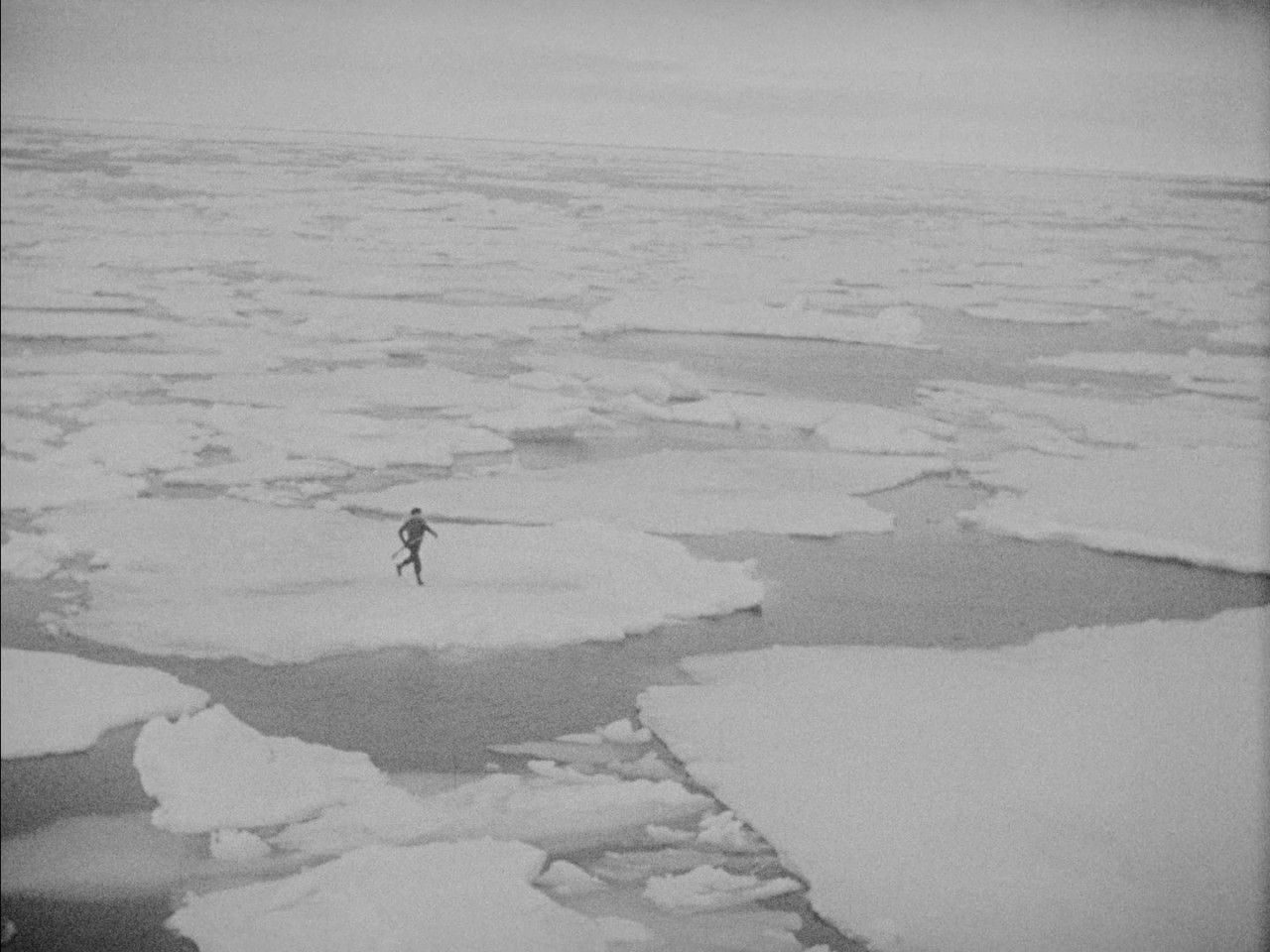 24 - The Blue Bird (1918) - 7.5/10 - Two kids go off looking for the bluebird of happiness. I think this is a nice fairy tale adaptation of the play. I certainly liked it a lot more than the later version with Shirley Temple. That film looked nice, but wasn't as good. The kids in this version are very animated and do a great job. The supporting cast is also good.

25 - The Dragon Painter (1919) - 8/10 - A famous painter is looking for a successor, but is having no luck in that regard. Finally, a worthy successor is found in the form of a man living in the mountains who seems half crazy, but paints beautifully. His inspiration is his lost fiancee who has been turned into a dragon and has been sleeping under the earth for 1000 years. The exterior shots are beautiful and I liked the sets as well. I also thought the acting and story were good.

26 - The Hoodlum (1919) - 7.5/10 - Mary Pickford is the spoiled granddaughter of a wealthy businessman. Her life changes when she turns down her grandfather's plan of a trip to Europe to move to the slums with her not-so-wealthy father. She quickly adapts to life there, though. Pickford is pretty good here and there is plenty of humor, including a nice drive in the country.

27 - The Poor Little Rich Girl (1917) - 7.5/10 - Mary Pickford stars as a little girl whose 11th birthday is approaching. She is neglected by her parents who are more interested in making money and their social position. She is also bossed around by the servants. There are some fun parts including a mud fight and an interesting way to take a bath. The picture grew on my as it went along, thanks in large part to Pickford.

28 - Umirayushchiy lebed (1917) - 5/10 - A mute woman is spurned in love and then becomes a famous ballerina, known for performing the Dying Swan. This film didn't interest me all that much, unfortunately.

I've got the bronze on the IMDb 1910s list now with 4 films to go. I've made a nice start on Tih Minh. Maybe I can finish it tomorrow.

3. The flying ace (1926)
cast composed entirely of "colored artists". A well-paced thriller-whodunit of some complexity. I enjoyed it very much.

30-33 - Tih Minh (1918) - 8.5/10 - (384 minutes) - This spy serial looks great after its recent restoration. I found it very entertaining with its action and intrigue along with shootouts, kidnappings, hypnosis, and much more. Placide was my favorite character with his occasional comic relief along with his ingenuity.

I decided to take a bit of a break from the IMDb lists to watch the Fatty Arbuckle/Buster Keaton shorts that I hadn't seen yet. Many of them were kind of mediocre, though with funny gags here and there. My favorites were Back Stage, Coney Island, and The Garage.

OP update (post 63)
Looks like Traveller won't be joining us to defend his title. He'd have a tough time of it with gunnar and Roland kicking things into high gear early...

nearly 7 days into the challenge the year of the week is 1919 with 10 collective views.

1. The Great White Silence (1924, Herbert G. Ponting): 8.2 - Such a remarkable immense feat, both Scott's expedition as well as this movie. It's the touching ending that lifts it from a good movie into my all-time fav list. (It helped that I wasn't familiar with the apparently famous fatal fate of Captain Scott.)

2. Torrent (1926) * 88 min.
Spanish peasant Greta Garbo is abandoned by faithless lover Ricardo Cortez, goes to Paris and becomes an opera star, and triumphantly returns home to give him a second chance to break her heart. Garbo's first American movie sets the template for most of her movies to follow.

3. Love (1927) * 82 min.
Excellent performance by Greta Garbo in an excellent adaptation of Anna Karenina, up to the inappropriate happy ending (they also did the original ending, which is preferable). Garbo clearly conveys the tragic nature of the story, understanding where her actions will lead her and trying to avoid following that path, but finding that restraint will likely destroy her soul. John Gilbert is almost as good as Vronsky, alluring but reckless, irresponsible and ultimately selfish. A deluxe production with first rate costumes, sets and photography.
*First time viewing
Top

37 - Takový je život / Such is Life (1930) - 7/10 - We get a look into the lives of a family in Prague - the mother who works hard washing laundry and trying to keep the family going. The father who shovels coal, but whose alcoholism gets the better of him. The adult daughter who works as a manicurist, but seems a bit under the weather so she goes to a doctor to find out why. It's a nice film with minimal intertitles.

38-42 - Les vampires (1915) - 6.5/10 - (400+ minutes) - This Louis Feuillade serial is about a group of criminals known as The Vampires and the work of a journalist and others to bring them down. It was okay, but unfortunately I didn't like this nearly as much as Tih Minh. I liked Fantômas more than this as well. The plot seemed much less cohesive and kind of all over the place. I don't regret watching it, but it could certainly have been better. I may have enjoyed it more if I had only watched an episode or two per day instead of all in one day.

43 - Different from the Others (1919) - 6/10 - This propaganda film attempted to educate people in Germany about homosexuality so that they would hopefully get rid of the law that made it illegal. It's a good message, though not a particularly good film.

44 - The Cheat (1915) - 6/10 - A businessman is waiting for his investments to pay off and asks his wife to show restraint. HIs spoiled wife likes to spend, spend, spend and decides to secretly invest charity funds on a get rich quick scheme that backfires, leading to more problems. Sessue Hayakawa was good, but Fannie Ward's style of acting hasn't aged well.

45 - The Queen of Spades (1916) - 7/10 - Sixty years earlier, a countess is said to have learned a secret that allowed her to play three cards in a certain order and erase her gambling debt. A man sets out to find out that secret.