Another firstest of all:

Thanks to RolandKirkSunglasses for taking over last week's thread. Very much appreciated

First of all, a word from our founder:

"Please share with us which films you saw last week. It would be great if you could include some comments on each film. It would be awesome if you could also take some time to comment on everyone else's viewings. Please also note that this is intended as a movie discussion thread, not a large image posting thread. Having too many large images makes this thread difficult to navigate through. If you wish to include more than five images in a reply, please use spoiler tags - [ spoiler ][/ spoiler ] - to hide extra images." - sol

01. 3.5* - American Animals by Bart Layton (2018)
A pleasant heist flick. What sells this film is the mix of narrative cinema and documentary interludes, certainly when the stories of the different parties don't really match up. It's interesting to see how this adds a level of realism while underscoring the frailty of the memories of the people involved. Spencer and Warren want more out of their lives. They're decent students who do well in society, but they are bored by the lives that have been carved out for them. And so they decide to plan a heist. Their university has some rare and valuable books on display, with only an old librarian taking care of them. An ideal target. The performances are pretty good, the pacing on point, and the lack of extreme dramatics refreshing. The interviews are a nice little touch and even though the film is a bit long (while still having to race through the final stretches), it never bored me. Makes me want to see more by Layton.

02. 3.0* - A Museum Sleeps [Un Musée Dort] by Camille de Chenay (2020)
A tragic romance delivered in a more experimental package. It's not that A Museum Sleeps challenges all existing conventions of cinema, it's a film that wears its experimental moniker in a more formal sense, but people expecting a fully traditional narrative should do well to check their expectations. Mainstream cinema this is clearly not. Ornicar and Chloe are in a passionate relationship, but Ornicar feels restless. He loves Chloe dearly, but he struggles to feel at ease with himself. So he tells Chloe he'll leave for a year, and he'll be back for her exactly one year later. When Ornicar returns, Chloe is nowhere to be found. Desperate, Ornicar starts his quest to find out what happened to her. A nervous piano score and a 4:3 aspect ratio betray the film's arthouse influences. I didn't mind the score so much, but don't get the fascination with 4:3. I quite liked the performances and I felt the romance worked well, seeing how the tragic aspect of their relationship really hit home during the finale. A pleasant film, but it could've pushed a few more boundaries.

03. 3.0* - The Bunker Game by Roberto Zazzara (2022)
An interesting premise, some good ideas to pull the story along, but a slight lack of dedication to the genre elements. The Bunker Game could've been a better film if only director Zazzara had committed a bit more to the horror and thriller elements introduced. Instead, the film focuses too much on the actual plot, which isn't all that interesting. A big LARP gathering has to be halted when the underground bunker where it is held proves to be unsafe. The players are asked to leave, while the organizers stay behind to clean up the place. But then they find themselves locked up, with the leader missing. Is the LARP game still continuing, or is something else going on? The setting is superb, the LARP game is interesting and there is plenty of opportunity for scares and haunts. It's just that the film seems more interested in the tepid back stories of the characters and the history of the place. This wasn't bad so much as it failed to live up to its true potential.

04. 2.5* - The Chanting Revisited [Kuntilanak] by Rizal Mantovani (2018)
Indonesian horror cinema has grown much bigger in the past decade, which means it has also been looking to broaden its core audience. It's no surprise then to see a film like The Chanting Revisited target a younger audience, with less gore, softer scares, and a young cast. Glenn presents a show about haunted houses. In one of them, he finds a stylish mirror which he grabs for his girlfriend's aunt. The mirror houses a Kuntilanak, a ghost who apprehends kids lacking motherly love. She'll find plenty of opportunity in her new home, with no less than five kids living there. The ghost isn't all that scary-looking, there are quite a few comedic interludes and there's no real gore to speak of. It's a pretty decent entry-level horror film, certainly for younger kids who aren't quite sure about the genre just yet. Seasoned horror fans will find a decent atmosphere, but that's about it.

05. 2.5* - Benny Loves You by Karl Holt (2019)
Mediocre horror comedy. There are some fun ideas here, but the execution is pretty poor and the film fails to escape its no-budget roots. It's not quite as bad as some other films in this niche, Holt shows he has potential, it's just that his talent can't make up for the lack of proper funding. Discarded toys, everybody has them, but not everyone is aware they can come back to haunt you. Jack is in his mid-30s, works as a toy designer, and still lives at home with his parents. When a freak accident kills them, Jack will have to fend for himself, but then his old teddy Benny returns to help him out. The effects are pretty poor, and so are the cinematography and the performances. I did however like the voice work, Benny in particular sounds creepy in the jolliest way possible. There are also some successful comedy moments, but it's not enough to make you forget about the disappointing bits. A pretty mixed bag in other words.

06. 1.0* - Stripes by Ivan Reitman (1981)
An army comedy, in the broadest sense of the word. It's clear that Stripes was meant to be funny, it certainly tries very hard, but I didn't crack a smile once. There's something extremely unpleasant about this film, which isn't even that uncommon for an 80s comedy. It's not that they are particularly mean-spirited (because I'd love that), they're just irritating. John has no idea what to do with his life. He can't hold a job, his girlfriend is tired of him loafing around and his best friend is unable to motivate him. And so the two join the army, hoping they might find something there. John doesn't really fit the strict regime, but the camaraderie does slowly grow on him. Murray is terrible, but so is the rest of the cast. The jokes are very predictable and consistently unfunny, the army setting is a complete bore and with more than two hours on the clock, the film outstays its welcome. Dedicated Murray/Reitman fans should probably give it a go, other than that I find this very hard to recommend.

This turned out to be a pretty enjoyable week - and for me, that's a huge rarity. Not the most on watching stuff (only 3 shorts), but I made some great progress with Cinema Safari after I had some rare free time to work on any project I wanted. I think there's just a few more pages of info research, the tourist brochure, an activity, a book of short stories I want to read, and the drawing and then I can finally put together the post! So I hope to have that all done within the next few weeks, my partner's drawing might end up being the hold-up (along with the book), but hopefully for not too long. But yes, I'd rate this week as rather good, 7/10, despite everything going on.

Cinema Safari (Currently working on Inyo County, CA + Zimbabwe upgrade) Help recommend me movies to watch) Letterboxd
She has an illusion, and you have reality. May you find your way as pleasant.
Top

I'll practice what I preach and interact with films that I at least have a working cursory knowledge about. But then it feels like it could use a thread-split to go off and talk to the rest of the forum about random movie A. But whatever, that's what this is about, anyway,

I saw this at a drive-in, and as someone who hasn't seen like any blockbusters made in the past like 10 years, it seemed just as generically, improbably un-thinkingly exciting as anything else I've seen - I don't understand what makes one of these things good vs others bad, as the only thing I have to compare it to is... itself. So for those who've seen a Marvel/DC /Jurassic Fart film since idk, say, The Dark Knight... what makes this one a bad example of the genre? As Idk how anyone finds this boring (see: Letterboxd reviews) unless they have more ADHD than a toddler party on pixie sticks. I'd call this a film of endless deus ex machinas, but that seems par for the course with these sort of things. I did read someone complained that the world is full of dinosaurs, and instead they focus on one park... a jurassic park if you will.... in Italy instead of exploring the "dino world" atmosphere at all - and that's a rather apt criticism, that I can understand. I also have no fucking clue what the whole clone business was about, but I assume that's one of those "crucial plot points" in the other film or something that I missed out on, and that the film just made a token reference to in that first 5min recap.

I just want to know, from people with some degree of mild interest in this subject, what makes this a bad example of the breed, rather than whatever film of the week we're supposed to like. To be fair, I gave this film a 5/10, so I was rather evenly split on it.

I'll post my review in totality, even if I've summarized my main points already.
2nd edit
Whoever put together this wikipedia page had a lot of love for this series.
Cinema Safari (Currently working on Inyo County, CA + Zimbabwe upgrade) Help recommend me movies to watch) Letterboxd
She has an illusion, and you have reality. May you find your way as pleasant.
Top 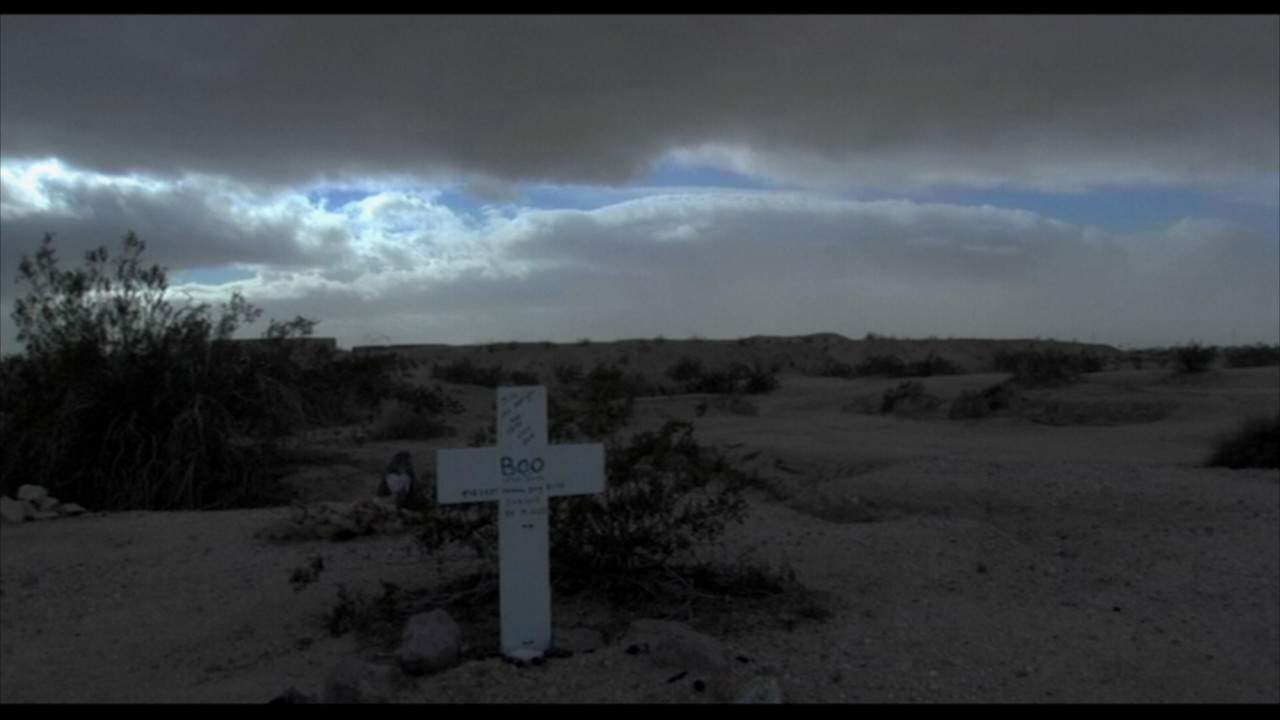 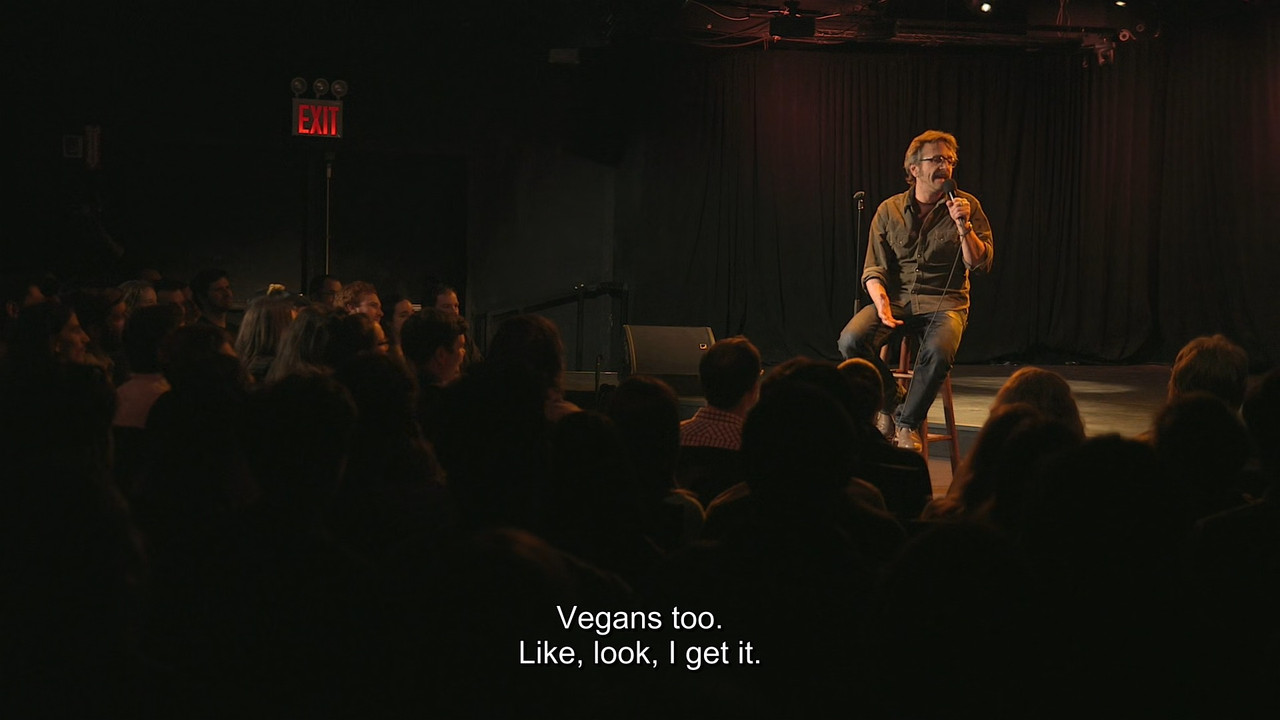 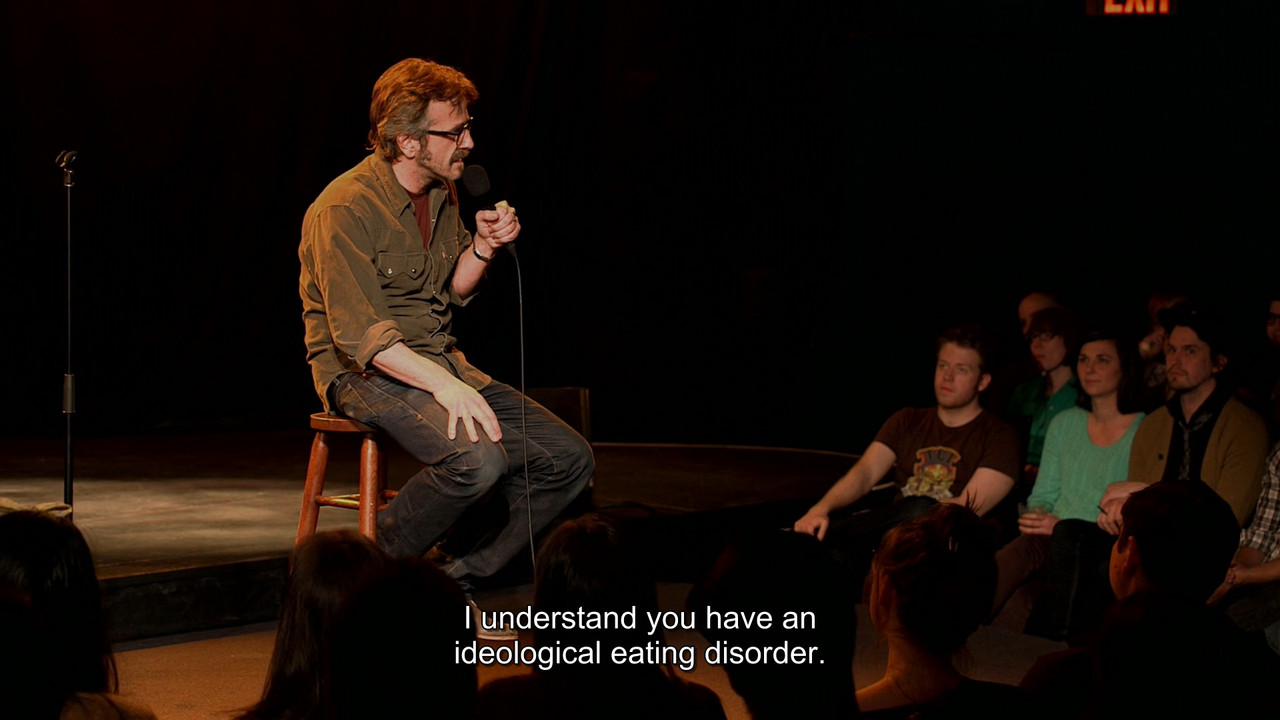 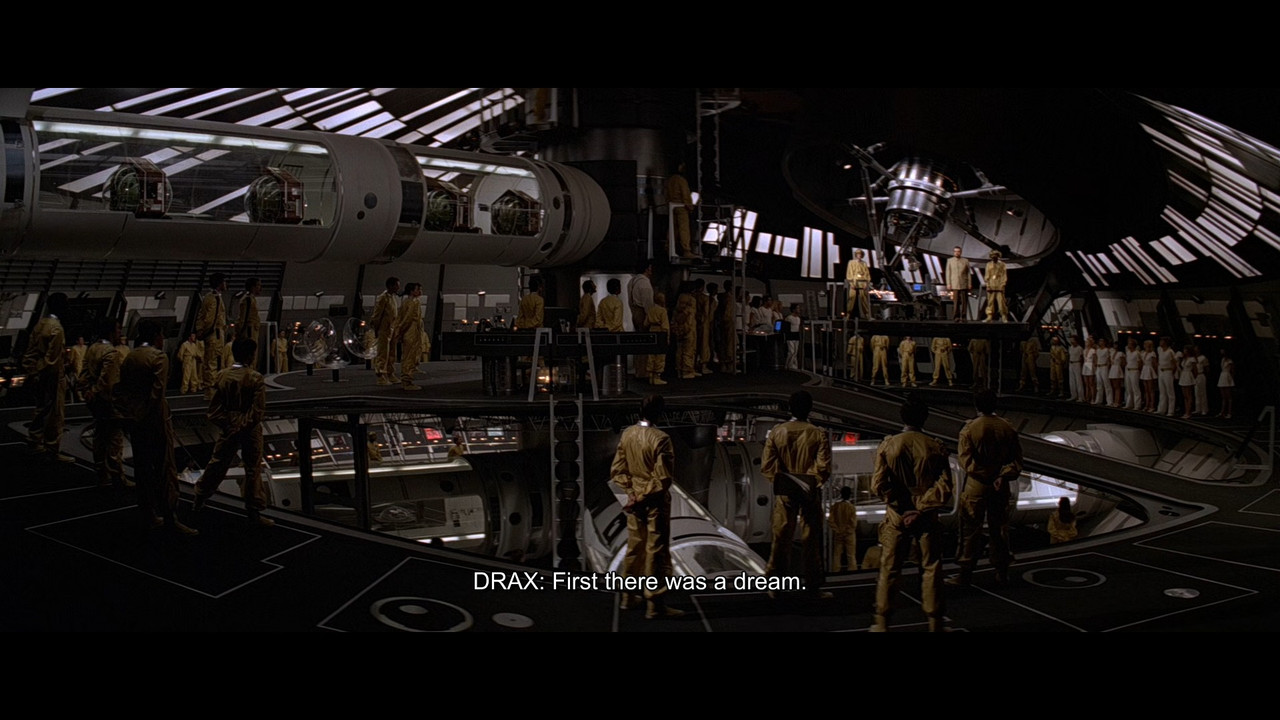 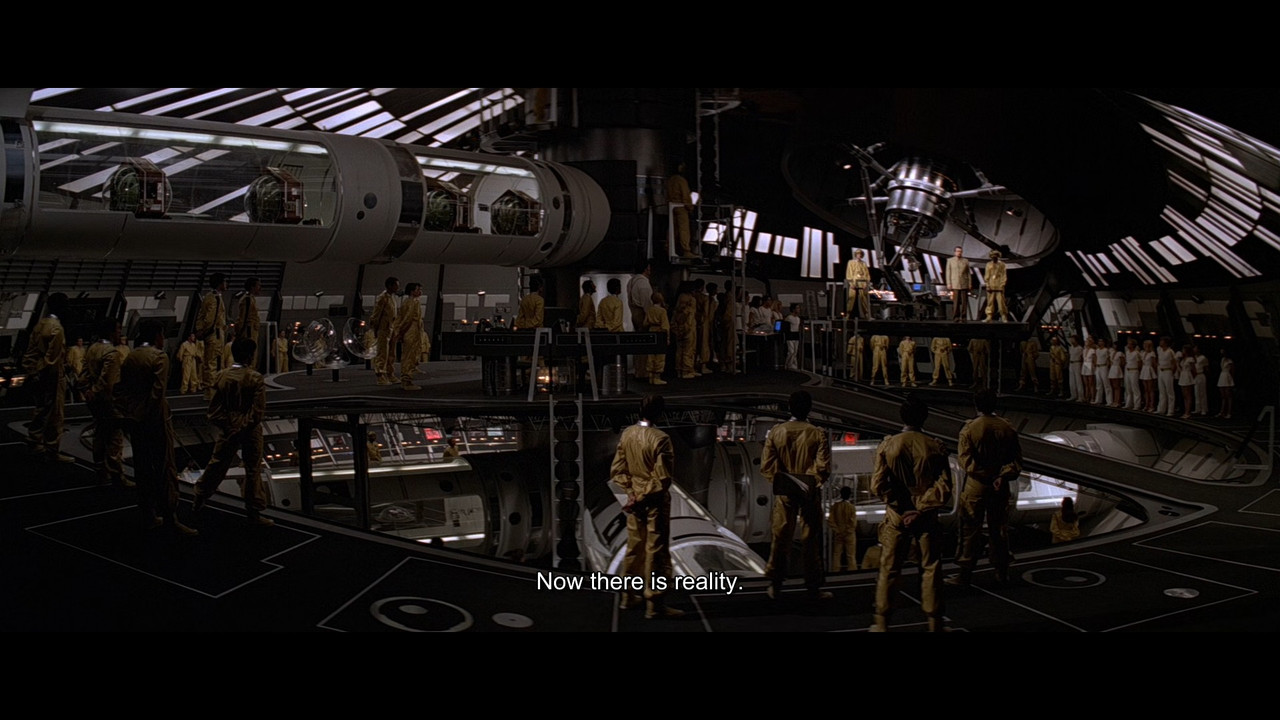 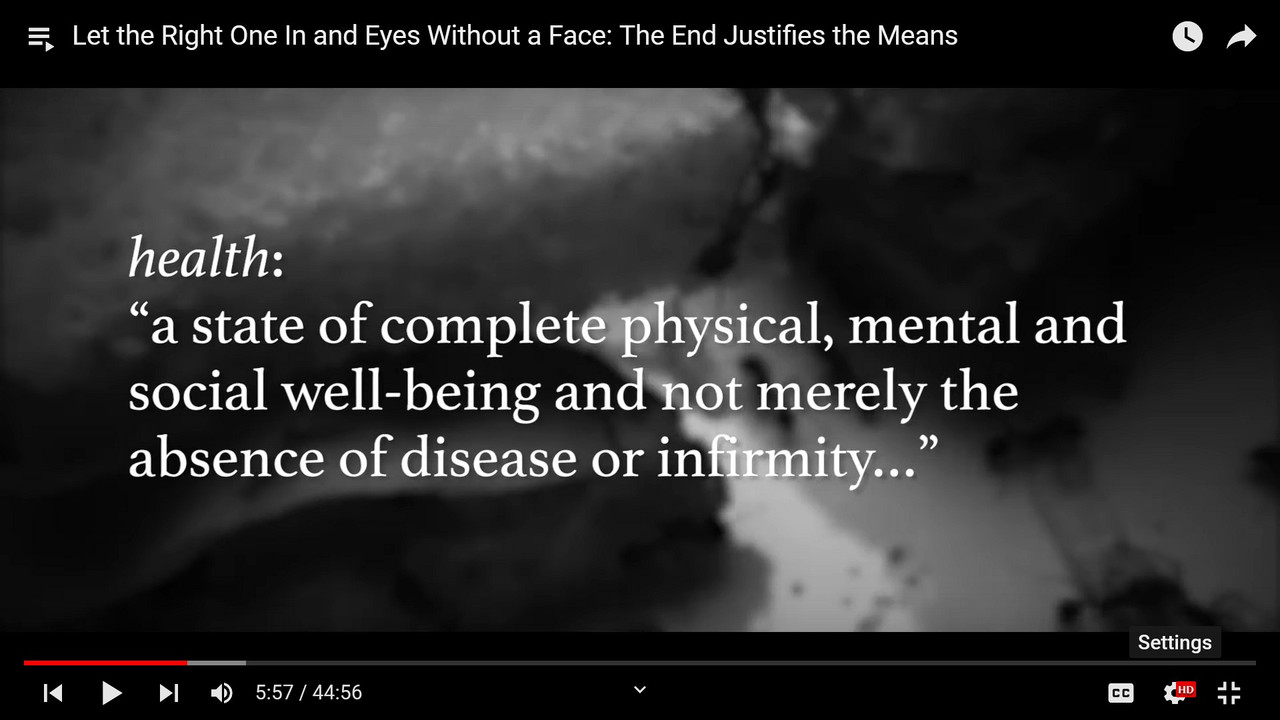 Let the Right One In and Eyes Without a Face: The End Justifies the Means
Drunk Mel Gibson Arrest Diorama
Spooky Coincidences? [by Vsauce]
Almost Dying on a Plane - Marc Maron
Jordan Peterson and Xavier the Renegade Angel Are the Same Person [rewatch]
Give yourself permission to be creative | Ethan Hawke [rewatch?]
"Gay Fish" Live at South Park The 25th Anniversary Concert
FIRST Photo on the INTERNET ... and other things too.
SPOT THE FAKE !! -------- DONG
Controversial Jaws and E.T. AMC/Imax trailer
The Comforts Of Cyberpunk | Escape Into Meaning
KILL TONY #571 - JEFF ROSS
The Shortest Way Home- An Unexpected Result
rest:
Bushcraft Evening In The Bug Out Camp
Angry Jordan Peterson Fat-Shames on Twitter
Types of Beat Saber Players
Leslie Nielsen in Detroit: Become Human