That's it for me. Preparation started in September 2017! First match started in New Year's Eve 2017. It was a long run again, but it was fun doing it. Thanks to everyone involved, especially all the managers for their dedication.

Maybe Mario has some after party with stats and stuff.
ICM-profile
Fergenaprido: "I find your OCD to be adorable, J"
Top

Thanks a lot for you dedication Joachim. And thanks to all managers for their great picks. 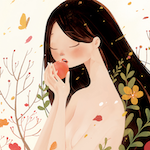 Thanks joachimt for hosting and congratulations to monty! Poland, Italy and now Japan make a fairly strong triplet of champions.
Top

It's been great, but I'm also looking forward to a break before the next season

(nocongrats to Monty for being an occasional voter

Thanks to all, and especially Joachim!!
so much fun, even though the best doesn't always win

We have to do it at least two more times, because France and the USA also deserve to win a final, perhaps

Cool stats, they make me kind a sad now that I gave up on the cup the first time round...
Top

Thanks to Joachim for all his work.

When we do the 124th edition of the World Cup, I hope we allow "world" to include our off-planet colonies ... just something to keep in mind for the next 200 years or so.
Top

Thanks to Jaochim for hosting once again. It's a highlight of the forum imho, and it was a pleasure as always.7
And thanks to all the managers for putting in the work of selecting intersting films.
And congrats to monty for the victory.

I'm still salty about this, but real life made it really hard for two rounds. Before a two and a half week long vaction I was so swamped with work, that I basically had time for nothing but my trip preparation. And immediatell after the vacation I had an unplanned week on the road for work (but I met up with some of you guys in Amersfoort so I won't complain too much).
Top

more observances:
Monty and Tommy_Leazaq are 2nd & 3rd manager to make SFs twice
Sortile9io still the only repeat finalist
Tommy_Leazaq has managed it both times with a non-major country (Egypt, Greece)

Japan is the only country that keeps making QFs (3rd,5th,1st)
USA made finals twice and lost both
Spain and Japan are also two-time semifinalists
Burkina Faso (WC3, 8th) and Chile (WC1, 8th) made QFs with their only appearance

plz auto-qualify Chile into WC4, it's time
he or A. or Armo or any

Another great success. Congrats to joachim, our beloved host, and thanks to all who contributed!

Congrats to monty and thanks to joachimt and all participants!

i'm hoping to be a manager in the next one
Top

Several people are already talking about a next one.

Let's take a break for a while. We'll see when we think the time is right for another season.
ICM-profile
Fergenaprido: "I find your OCD to be adorable, J"
Top

Congratulations Monty, and huge thanks to Joachim for hosting the cup. I've enjoyed every moment of it and discovered some excellent films, the selection has been very impressive.

It's been great to see the feedback from others about the films I've selected, and I appreciate everyone taking the time to watch them. So thank you to everyone who has taken part in the cup.
Talking Images Podcast
Letterboxd Blogger ICheckMovies
Top

(nocongrats to Monty for being an occasional voter

I was perfect in season two and three if you don't count the useless bronze match at the end of season two.

Could not work up any interest in third place after the winner was decided.
Last edited by zuma on April 16th, 2019, 2:51 am, edited 1 time in total.
Top

Thanks to everyone who participated this time around and as always, huge props to Joachim for keeping everything afloat. To any future managers for Japan I'd like to stress the following, namely that it is possible to win matches with samurai films. For me, these were the sweetest wins of my entire Cup career.
Top

Thanks Joachim for hosting the game.
Also thanks to all managers and voters who support the cup.
Top
Post Reply
98 posts