Using imgsz-tags now. Looks a lot better than above.

This really is extremely close!
ICM-profile
Fergenaprido: "I find your OCD to be adorable, J"
Top

Is this our first match this season where the outcome wasn't determined halfway through?
Top

Maybe try rewatching it to see if your opinion changes?

If you were planning to rank it 2nd, try to rewatch it in ideal viewing conditions.

If you were planning to rank it 3rd, try to get some glare from a window to ruin the movie for you.

Is it possible for the admins add "Like/Upvote" kind of thing to the posts.

Could have tried your suggestion had the film length is lot lesser.

And since, the tradition is broken now, here is my rank.

(Unless the last round beats it.. I've only seen one of them thus far, and it's an easy favorite, so..) Even though I ranked Mua len trau 4th, it easily could've been 1 or 2 in most of the other rounds.
Top

sebby wrote: ↑July 11th, 2018, 7:07 am Is this our first match this season where the outcome wasn't determined halfway through?

Don't know. I haven't kept track of score-history. Well, I can redo it, because I have all the individual votes in my spreadsheet, but not interested in doing so.
ICM-profile
Fergenaprido: "I find your OCD to be adorable, J"
Top

Not a particularly strong round for me. Buffalo Boy had an interesting use of sound and music throughout that was somewhat subtle.

And we are getting very close to a three way tie.
Top

I'd better vote before I forget!

I didn't much like the Scola movie the first time I saw it, and it still was only tolerable for me the second around.
Top

This is the most close match ever, I think. At least for #2, because Switzerland seems to be safe.
ICM-profile
Fergenaprido: "I find your OCD to be adorable, J"
Top

Less than 2 days left. Three films in contention for one slot that takes to the 2nd round.
Top

Oddly after being 3rd all but twice last page (40 posts), only 1 person ranked Mua Len Trau thus on this page, and now it's back from 4th to 2nd
he or A. or Armo or any

I find it very hard to rank these films.
RokP 250

A good round with four films that each have their own flaws, in my book. Thanks to the managers for these interesting picks.

1. Lavoura Arcaica
Reminded me a lot of some of Sokurov's films. It's a bit too heavy-handed at some parts to become a favourite, though. Too much dialogue (and monologues) put on screen, whereas I feel a film adaptation should find more cinematic ways to put the poetry on screen. But it does that as well, and that makes it a very beautiful film.
2. Reise der Hoffnung
A little too melodramatic and too straight-forward, but being a father I did find it very touching. And I think it's socially and politically very poignant, and gives a good analysis of immigration dynamics.
3. C'eravamo tanti amati
Sometimes combining drama and comedy works like a charm, but here both elements don't really coalesce. Too bad, because I like the other Scola films I've seen.
4. Mùa len trâu
I think quite a bit was lost here in cultural translation, and the plot seemed to be all over the place. But it has some great imagery.
RokP 250

30 votes. Three #4-votes for Brazil in a row put it some steps behind. Italy is still very close.

The last two matches had 37 votes, so I hope to get at least 7 more.
ICM-profile
Fergenaprido: "I find your OCD to be adorable, J"
Top

Made my post before I saw Gershwins vote......
ICM-profile
Fergenaprido: "I find your OCD to be adorable, J"
Top

Agreed with the comparison to Sokurov's films. I thought the same thing when I watched it.
Top

Looks like I'm going to continue a number of trends in this match.

Rather difficult batch of films to rank. Even rating them was more thought-provoking than normal.

Italian film was okay, but was hoping for more from Scola. The film itself was good, and the way it told the story and the cinematography, but the characters themselves were unpleasant and irritating, which made the film less enjoyable to watch.

Vietnamese film was okay, even if the story was a tad odd.

Swiss film was better than expected. With the commanding lead it took I thought there was a lot of hype, but I genuinely enjoyed this, and feel it captured the plight of immigrants with false promises, duplicitous 'friends', and the hopes and dreams of those suffering from greener grass syndrome. Melodramatic perhaps, but no less real. Irrational decisions on the migrants part seemed perfectly plausible given their situation. Almost 30 years and not much has changed, eh?

Brazilian film was a bore. Comparisons to Sokurov make sense to me, but this was actually better. Very poetic and cinematically inventive, but the lack of an interesting plot or sympathetic characters made me largely tune out. Took 5 hours to watch a 3 hour film with multiple pauses. Lots of scenery chewing; maybe it would work better as a play than a film, though I would still be interested in the book it's based on. I get why people like it, though; style over substance. Favourite part is the (un)intentional review of the film the father utters: "Furthermore, pretentious enlightenment is as blinding as darkness."
Top

Could not disagree more. The way the writer(s) used the "stupid immigrant" crutch to forward the plot was brutal.

Man saves up forever to emigrate and painstakingly calculates the money required (with thought towards the extras), yet at the last second brings a kid without fee or passport. Really?

He also spends his life as a shepherd out in nature, yet can not tell direction or follow where a flare originates. Really?

There were other things as well, which I forgot. I found it very insulting.

Ok I am reverting back to silence when it comes to WC rating and reviews.

It's hard to rank the top 2 because Lavoura Arcaica is sometimes great, sometimes boring. I think the first 40 minutes is the best part.
Top

Brazil keeps getting #1 and #4 votes solely.

Little less than 4 hours left.
ICM-profile
Fergenaprido: "I find your OCD to be adorable, J"
Top 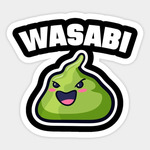 Seems like you'll decide which film gets the second place, Sebby. Don't give up!
RokP 250

Thanks to all the mangers for the strong field.
Brutally hard to rank, each film was of high quality and I don't remember any round where the margin from place 1 to 4 was so slim for me.