What do people think about the choice to use B&W in these movies?

Back in the 40s, the choice was usually based on cost. Color was more expensive. I'm guessing that's not really a factor these days, but maybe it still was for some of the movies on this list from the late 60s and 70s (Night of the Living Dead, for example).

In some cases, I think the use of B&W was to evoke an older historical period (Paper Moon, Ida, etc.).

But in most cases, I think it's an aesthetic decision. For some movies, the B&W is used very effectively in counterpoint to shorter sequences that use color (Embrace of the Serpent, Sin City), but I'm guessing that most of the time the filmmakers just liked the way that B&W looked. And while I respect that, I don't think it really mattered for some movies. I don't think my impression of Frances Ha, for example, would have changed one bit if it had been in color.
Top

It's certainly a way to hide budgetary limitations. Films like Pi, Tetsuo, Eraserhead ... would've been a lot harder to do in color, as they would've looked a lot cheaper. B&W + grain can easily hide certain imperfections. 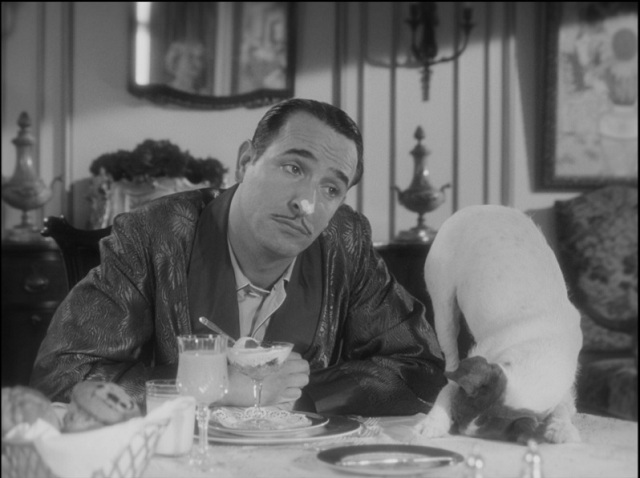 Frances Ha was, as I'm sure anybody here who has seen it knows, shot in b/w because it was mimicking the early New Wave films, especially Jules et Jim. And those were shot in b/w because it was cheaper in France at the time, though by the early 60s color was just about the same cost as b/w in the USA. I think it ceased being an economic motivator pretty much everywhere in the world between 1970-75 - with a few exceptions - which makes the late 60s cutoff for the poll seem pretty sensible.

Onderhond has a good point about the budgetary limitations though - I've been watching some of Eddie Muller's videos on noir lately and one thing he mentions time and again is that some of the lower-budgeted noir from the past actually looks pretty crappy when it's put in HD because you can see how obvious the shoddy cheap sets are. Now, that doesn't personally bother me, and in fact it lends a certain charm to some of those films - but it does make them very distinct from an A picture like Sunset Boulevard and it makes the differences in production values much more stark; and it helps to explain why, in a Hollywood that had much lower budgets for A pictures than today (even adjusted for inflation), color was used only on certain kinds of films even after WWII when it wasn't quite as expensive, and people were used to it. All the films Onderhond mentions are fantastic films, surreal or weird or sci-fi, and that's an area where it's still difficult to make things look good on a low budget, so it makes sense - and if anything the b/w actually makes them seem more odd and strange and otherworldly.

Coincidentally I just came across this yesterday - as much of a purist as I am, I can't say this looks "worse" than the original, which is not notable for great photography to begin with -

B&W can aesthetically look beautiful, and Onderhond is right in saying it can hide budgetary limitations in lots of ways or to reference other film / film movements or love of film in general as is said as well above.
ICM | RYM | last.fm | lboxd
Top

I'm going to bed. The results will finish automatically while I'm asleep. Tomorrow I will post links to lists and stats for decades, directors and genres
Criticker, WhatIWatch, iCM 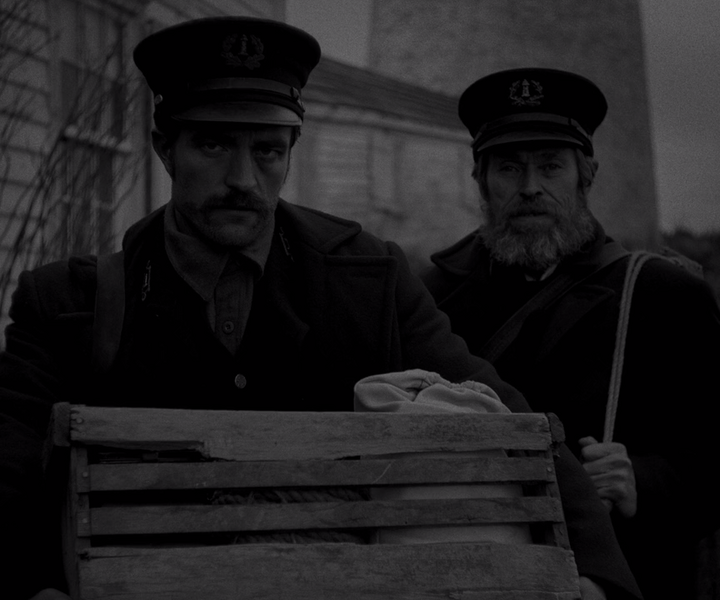 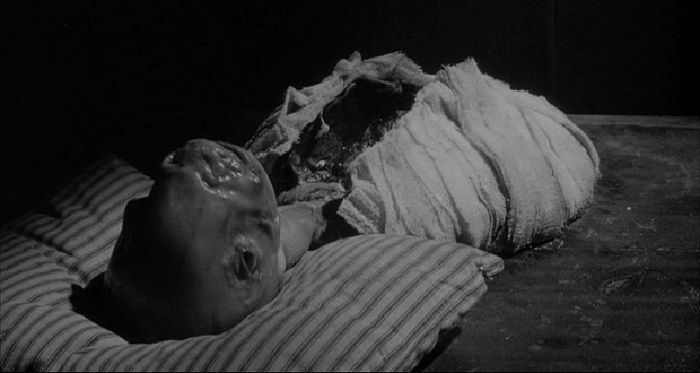 Interesting Tim Burton's excellent biopic of Ed Wood comes up shortly after a discussion about black & white photography being used to cover up low budgets and shitty effects. Based on my one experience with an Ed Wood film - Plan 9 from Outer Space - NOTHING could cover up those effects, continuity errors etc. But the story of making that film was quite entertaining.
ICM Forum Challenge winner: 2020 Crime, 2021 UK/Ireland
Top 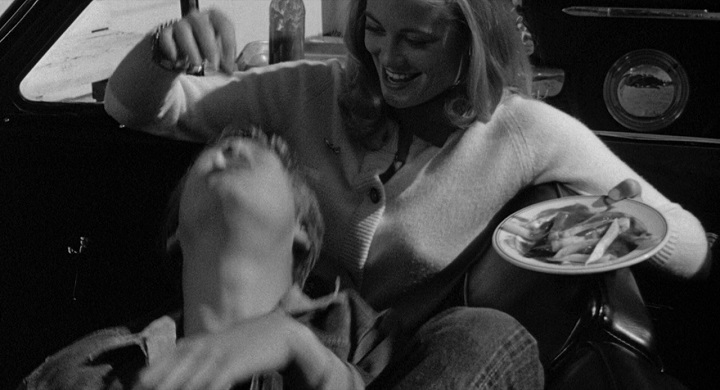 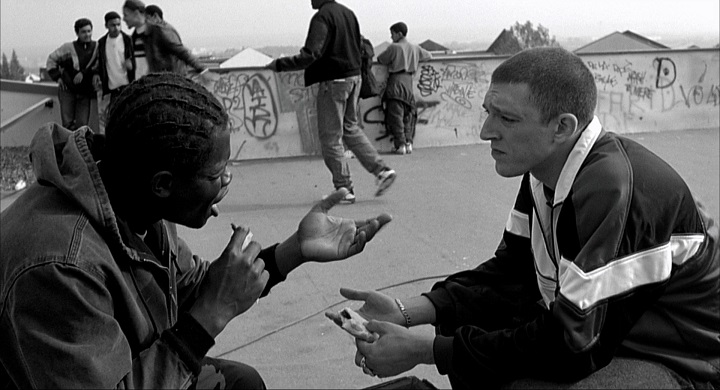 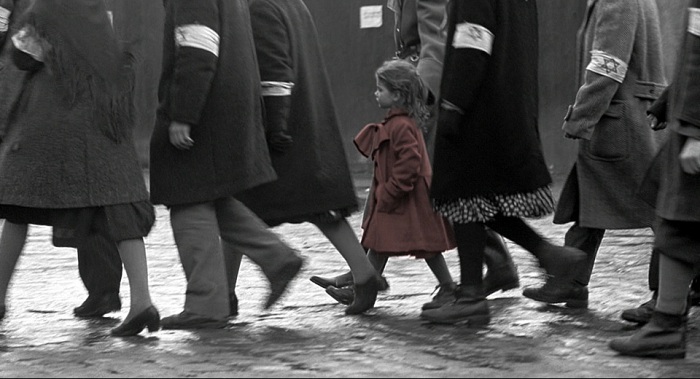 Thanks for the hard work, Lonewolf, and indeed Lauren, I had not expected that win either. Good news for Spielberg fans everywhere.
Top

Thanks all for voting!

Thanks Lonewolf. The complete list is interesting. There's a film from 1940s on there for starters, and I think I also personally misread the guide as I included a few films from 1967. Didn't realize 68 was a hard cutoff...
Top

Thanks. '68 wasn't a hard cutoff, most others just didn't include any movies from before that. Maybe cause they used my IMDb search link, maybe for other reasons.

I did look for pre-60s movies that could be ineligible. The 40s movie was released decades later, so on IMDb it's listed as a 1980 movie. That's why I missed it. Well it only had 1 vote, so won't make a major impact on the results.
Criticker, WhatIWatch, iCM

Thanks. '68 wasn't a hard cutoff, most others just didn't include any movies from before that. Maybe cause they used my IMDb search link, maybe for other reasons.

I did look for pre-60s movies that could be ineligible. The 40s movie was released decades later, so on IMDb it's listed as a 1980 movie. That's why I missed it. Well it only had 1 vote, so won't make a major impact on the results.

Let There Be Light
Top

Seen 14 out of 100 but it still has a lot of interesting films i definitely need to see one time.
ICM | RYM | last.fm | lboxd
Top

I'm surprised no-one pushed for Mad Max: Fury Road, the black and chrome edition is the director's preferred version and I know people here like the movie.

Whilst I generally dislike the take that a movie is pretentious I often feel like the choice to go black and white is done for pretentious reasons, and the top 20 is pockmarked with examples of that to my mind. The other 80 much less so. I think I would have felt particularly queasy if not for the saving grace of The Last Picture Show so high up the results.
Top

Thanks for running Lone! This was a poll I was really interested in, and the results are nice to see. I can definitely see myself using this poll to find b&w films to check out in the future.
Top
Post Reply
148 posts