From Monday the 15th of November until Monday the 13th of December this thread is going to be dedicated to discussing this year’s special selection of four outstanding LGBTQ films. 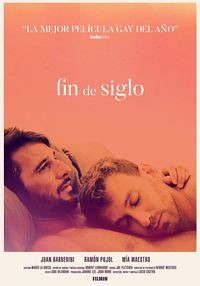 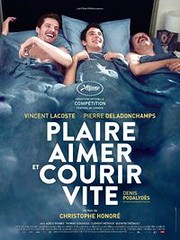 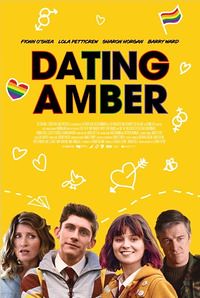 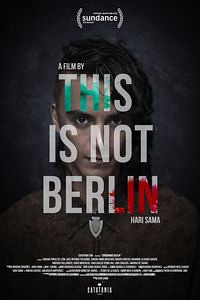 Queer cinema around the globe continues to blossom, as more and more governments and production companies are recognizing that queer audiences are clamouring to see themselves represented on screen, and queer stories are no longer seen as big risks for actors, directors, or studios. This year's slate features four films from Europe and Latin America: Argentina, France, Ireland, and Mexico.

End of the Century [Fin de siglo] (2019) is an Argentinian tale of two men who meet in Barcelona for a night of passion, only to discover that they may have met in the city before, twenty years earlier (i.e. around the end of the last century). Featuring two actors who play both their younger and older selves (without aging/de-aging gimmicks or makeup), the lines between the real and the imagined, and the past and the present, start to blur. Featuring two strong performances from Argentinian Juan Barberini (as Ocho) and Spaniard Ramón Pujol (as Javi), this mellow romantic drama from director Lucio Castro has a dreamlike quality to it, and may just get you to ask the question "What if...?" 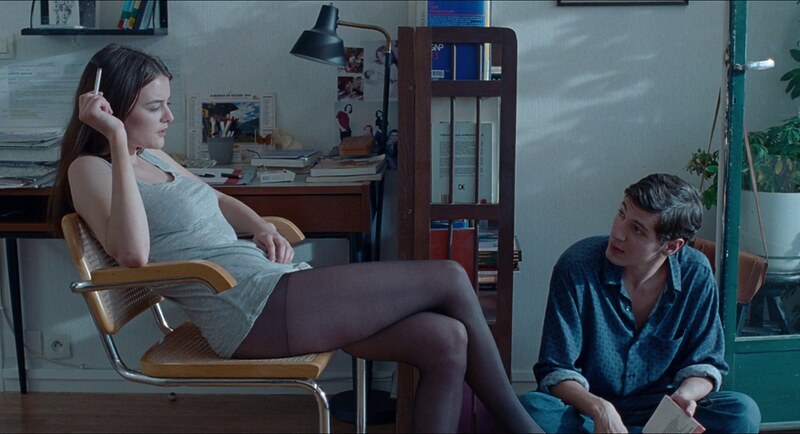 Sorry Angel [Plaire, aimer et courir vite] (2018) is a French drama set in the mid-90s, focused on a May-December romance (really, more of a May-August one) between the younger Arthur (played by former teen star Vincent Lacoste) and older Jacques (Stranger by the Lake's breakout star Pierre Deladonchamps). The action bounces back and forth between Paris and Rennes (in Brittany, northwest France), as the two men figure out their feelings for each other, along with Arthur's maybe-girlfriend, Pierre's delightful young son, and Pierre's sickly friend and neighbour. Christophe Honoré's film was the only film, along with the main slate's Centerpiece, that was seen by all 7 programmers, so whatever you think of this film, you'll find yourself in good company. Tissues not included. 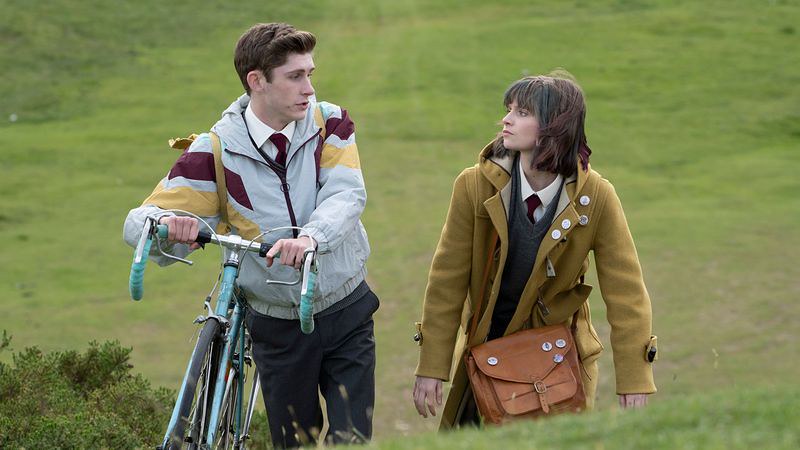 Dating Amber (2020) is an Irish dramedy centered on two queer teenagers trying to survive life in their small town in the mid-90s (imagine them meeting up with Arthur and Pierre on a roadtrip to France). Their solution? Pretend to be dating each other, to mask the fact that Eddie (Handsome Devil's Fionn O'Shea) is gay and the titular Amber (newcomer Lola Petticrew) is a lesbian. The pair get up to a few hi-jinks, including a trip into the big city of Dublin, develop a strong bond, and save up their money to get out of Ireland and move to London, where they imagine life will be better and they won't have to hide in the closet anymore. David Freyne's film is ostensibly about Eddie, following his character throughout, but Amber shines just as brightly in this and is not to be trifled with. The lightest of the four films in this slate, we hope you have fun with it, even if you need the subtitles to understand the Irish accents.

This Is Not Berlin [Esto no es Berlín] (2019) is a Mexican coming-of-age drama set in 1980s Mexico City (thus completing our unintentional retrospective of queers in the past). Carlos (Xaviani Ponce de León) and Gera (José Antonio Toledano) are two upper class teens who are drawn into the punk crowd by Gera's older sister, where they learn about class struggles, sexual liberation, politics, and their own burgeoning sexualities. With full frontal nudity and some loud music, this film can be abrasive at times, but at its core it's a tender drama about two best friends who grow up and discover they may be simultaneously falling in love and growing apart. Hari Sama's film also allows its characters to explore their sexuality on their own terms, instead of having a label imposed upon them from the start, something that may resonate with modern audiences even though the film's setting is from 35 years ago. Plus, if you like Mexican punk music, you'll probably enjoy the soundtrack as well.

Magic realism and fantasy have featured a lot in LGBTQ cinema in recent years. They are of course perfectly suitable to address the psychological complexities of transformation, while also offering endless creative possibilities. But when it comes to coming-of-age and bullying (themes also not uncommon in LGBTQ cinema) they also offer up escape and a way of finding your own place in the world. This short little gem showcases all of this.

Just watched My Brother Is a Mermaid; a touching little short you selected there Beavis. Thanks!

Won't say much about the four features until others get a chance to see them and post here, except to say that I've seen and enjoyed all four of them.

As for the shorts, thanks for putting them in a list. I've actually already seen two of them, Leading Lady Parts and Brotherhood, and both are great selections.

I'll try and catch them all before the festival is over.

Fergenaprido wrote: ↑November 24th, 2021, 2:42 am Just watched My Brother Is a Mermaid; a touching little short you selected there Beavis. Thanks!

Won't say much about the four features until others get a chance to see them and post here, except to say that I've seen and enjoyed all four of them.

As for the shorts, thanks for putting them in a list. I've actually already seen two of them, Leading Lady Parts and Brotherhood, and both are great selections.

I'll try and catch them all before the festival is over.

Oh. My. God. This was amazing. Not that I'm deep into the year yet, but this is my favorite narrative film of 2020 so far. Set in 1995, two years after homosexuality became legal, Eddie and Amber are two gay teens living in rural Ireland who decide to "date" in order to cover for each other in front of their classmates until they graduate. A dual coming of age story, it's not only a heartfelt look at dealing with your sexuality in high school in a homophobic society, but an uproariously funny teen comedy.

Saw this one back when it came out a few years ago, thankfully I wrote a short review at the time:

In some ways a counterpart to last year's 120 battements par minute/BPM, as it's a gay romance (more or less) in 90s France (Act Up is even mentioned at one point), though it feels very different from Campillo's film. I would guess it takes place a few years later, for one thing, as AIDS is a presence but it feels like the main character (Pierre Deladonchamps, from L'inconnu du lac among other things) is someone who has survived longer than most of his social circle, and the whole point of his relationship with Vincent Lacoste's character is that he's a younger guy: there's a scene that plays with that teacher/student relationship really well, but it's more than that, because AIDS is always a presence in the background for him (Deladonchamps) in a way that it obviously isn't for Lacoste.

But that makes it all sound dreary, which this film is anything but. It's actually very funny, largely thanks to Vincent Lacoste, who is playing a variation on his usual character (not that non-French viewers would be particularly familiar with it I don't think), but one that's specific enough not to feel lazy while still retaining that effortless charm. Deladonchamps is quite good as well, as is Denis Podalydès in a supporting role.

It probably won't get honors in Cannes because, in the end, it's just another gay romance and it doesn't have anything that makes it particularly stands out... I expect it'll be one of my favorites of the bunch by the time I've seen them all, in about a year or so. (note: it ended up being my second favorite behind the actual Palme winner, Shoplifters)
Letterboxd

another one of which I've only seen one...

Dating Amber (2020)
A tremendously enjoyable coming-of-age movie that was both very funny (the sex ed video was a highlight) and also succeeded dramatically. The two leads were excellent.