I know that you go with first country tag if it's deemed as co-production on IMDb, but for Three Days (Sarunas Bartas, 1991) there shouldn't be Soviet Union in there. The film was released in 1991 and possibly in production in 1990 and Lithuania was the first country to break out of Soviet occupation in March 11th 1990. On film's Wikipedia page it also lists just Lithuania as production country.

I haven't seen it myself, but it is rather sad to see the first notable Lithuanian film after the restoration of independence to be still relegated to that despicable union.

I my memory it has always been a Sovjet film only... maybe because he made it while he wat at the filmschool in Moscow?
Top

He graduated that school in 1990, but has already established his Lithuanian film studio Kinema in 1989.Everyone in the crew was Lithuanian. The film was shot in Kaliningrad, Russian exclave. That, I guess, is the only relation to the said Union which was still 'partially alive' till 1991.

In Kaliningrad two Lithuanian boys meet two Russian girls. They have difficulties in finding places where they can sleep together. But this is the only problem they do solve. All four ...
Spoken : Russian
Country TAGs : Soviet Union, Lithuania 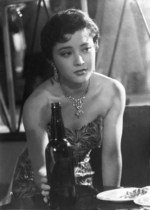 St. Gloede wrote: ↑October 13th, 2021, 11:43 am Egypt being the only African country with 2 films represented, and only 6 African films on the list in total is a little problematic - and I hope we can get better at sharing great African films as this is a clear blind spot. Egypt in particular has had a much bigger following in International film circles, especially for the "older guard".

Don't forget that, besides Egypt, few other African countries (and, additionally, arab-speaking ones) have that huge of a production, Egypt being almost similar to India and its Bollywood/indie diversity, when it comes to released films per year. It's as an important factor as when we mentioned in a previous comment that there's an inevitable highlight on particular countries because of their mass production numbers (okay, not that similar of an argument, though details can be applied in both cases

) .
One could shed a light to, say, Jamaica, yes, especially on selective directors/films, but, even then, Mexico and Cuba would arguably be in need of better focus, amidst countries of those regions.
Top

Just noticed, by the way, that, out of the top 10 films, Red Angel is the sole one with two number votes, ours truly

(and still couldn't break the 3-year in a row -if I correctly checked the available, yearly-updated lists-, "usual suspects" top 3

I think this poll does a good job of revealing certain filmmakers and places in the world that deserve more attention, especially those that were active in the late 50's until the early 70's (though I am surprised that Carlos Saura has not garnered more attention than he has), and I think that the challenge is to consider places and filmmakers from other time periods (for the 21st century, the former Soviet Union and Latin America offer a wealth great films that deserve more attention).

I kept my own submission list at under 200, and decided not to cite any one filmmaker more than 3 times, but those filmmakers who landed multiple entries on my list include Russians like Loznitsa and Konchalovsky, Doris Dorrie (am I the only person on this board to like her films?), Eliseo Subiela (now there's an Argentine worth discovering), Alain Tanner, Patrice Leconte, and Gianni Amelio among others.
Top

Caps lock, oversized and red-colored. That's what I call a wtf.

joachim saw it too now, becoming the first user to dislike the Clipper.

I'm proud to have that honor.

pitchorneirda wrote: ↑October 12th, 2021, 8:19 pm Muddy River will be over 400 checks next year, the "boring duo" will be broken (I genuinely love Carriage to Vienna though)

I have some history with Muddy River, which I still haven’t seen.
1) It played at a film festival in San Francisco when it first came out in the early 80’s, and I planned to take my uncle and aunt (who is Japanese). Something happened that interfered with my plans though, and the film disappeared.

Though I never forgot the title (and still had it on my to see list), I really never came across it until coming to this forum a few years ago and seeing it had become the favorite of this poll.

Coincidentally, around the same time, I was using Netflix with a vpn, and when I tried the Tokyo server, to my surprise it was available to stream. Unfortunately, it didn’t have English subtitles, and though I have seen a couple of films that way in China the first time (Black Coal, Thin Ice, The Assassin, Kali’s Blues), I turned it off after about 10 minutes, and haven’t found it again.

Some movies are just begging you to do something illegal......
ICM-profile
Fergenaprido: "I find your OCD to be adorable, J"
Top 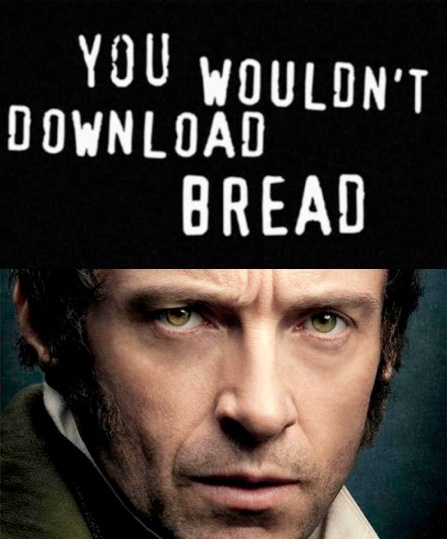 Download bread, now there's an idea I could get behind. Do you have any idea how many movies I could download if I didn't have to waste time going to the bakery?

I would definitely download bread if it were possible.
Top

I have PtB invites, just send me a pm.
My iCM
Top

We have the boxset, but I'm pretty sure plenty of people downloaded Bread.

This may be a little too hard-edged and rough for some of our more sensitive listeners, but thankfully it doesn't need to be gotten by nefarious, illegal means, so if you're a person with advanced musical tastes and want something to challenge your ears...

See, the best things in life are still free and legal.
Here's to the fools who dream.
Top

Oh wow, I thought that was considered lost. Praise the Lord for PtB.
Top

Country stats are a bit what I expected - a lot of Czech(oslovakia), that is, and maany French movies, although there are even more Japanese films than I noticed (oh).

I think our director stats looked even more monotonous at one point of time; Naruse already was in the lead probably, I remember more Rohmer and maybe Ray. Could it be there were even Goards and Ozus? A pack of them will have gone over 400.
Top

Wow, I totally forgot to update the list. Sorry. I'll do that now if I can get there before ICM goes down.
Top

Thanks for the quick catch up, PA, it's appreciated

A surprise to be sure, but a welcome one! Not even checking the new shorts or anything .. got lucky with the Asian & Germans additions this time

LOL and just there the site goes down. Well then, see you tomorrow, guys.
Top

38 new official checks with the new update. How many became unofficial?
My iCM
Top

WHERE ARE THE FRIGGIN' NEPALESE FILMS?
Top

WHERE ARE THE FRIGGIN' NEPALESE FILMS?

I would recommend Himalaya, though it is a co-production
Top

WHERE ARE THE FRIGGIN' NEPALESE FILMS?

205 to 184...
I lose the same number of films every year, so I'm not too surprised... But I'm glad of the regular renewal speed of the list, it remains to me a very interesting list of hidden gems, and I will start tracking some of the new titles to try and watch them. I also enjoy contributing to it, as I voted to 59 of the movies which made it.

Thanks again to Tim and PA for this great moment, the roll out pacing was just perfect for me.
Top

ended up with 421/500
especially looking forward to a few of the new German entries
thanks to our hosts and all participants!
Top

So lost three, but the overall quality went up a little. Also more unique officials, that is good.

I miscounted...I actually only dropped to 180. I think I failed to count "The Sorcerer's Apprentice" while the countdown was in progress.
Top

In Kaliningrad two Lithuanian boys meet two Russian girls. They have difficulties in finding places where they can sleep together. But this is the only problem they do solve. All four ...
Spoken : Russian
Country TAGs : Soviet Union, Lithuania

wikipedia records Lithuanian as the language fyi. Personally I adored this movie when I watched it but I can't even remember anyone speaking. It's a movie I was thinking of when I proposed the minimal / no dialogue movie poll.

It certainly did not feel soviet to me. Lithuania has a troubled cultural history, in the UK I have met a Lithuanian who consumed mostly Russian culture, and another who told me this meant she was "not Lithuanian", she was very Lithuanian btw. Clearly some Lithuanians look East and some West.

It feels very problematic to label the movie soviet, like labelling Germany Year Zero a movie from Nazi Germany. You could make a pedantic case do that, but it would be very lacking in sensitivity
Top

I don't know why I haven't seen O fovos, Ayneh and Dying at Grace in particular. I should definitely work harder on this list.

I am also really happy with the shift towards my taste this time around. I see many of my top films, especially core directors I'm pushing, such as Yoshida and Robbe-Grillet move upwards.

I don't know why I haven't seen O fovos, Ayneh and Dying at Grace in particular. I should definitely work harder on this list.

I think I will start to actively work on this list with the 1000<400 challenge in January.
Top

I have at least another 50 set to stream, so hopefully that will change next year.
Top

I think it's the first that I have ever improved my progress with a new edition in place.
|iCM | IMDb | Letterboxd | Gold Derby

So i guess they lost any official status

Sweet, looks like I picked up 5 new official checks yet don't lose any since I haven't seen any of the ones losing official status.
Top
Post Reply
1224 posts