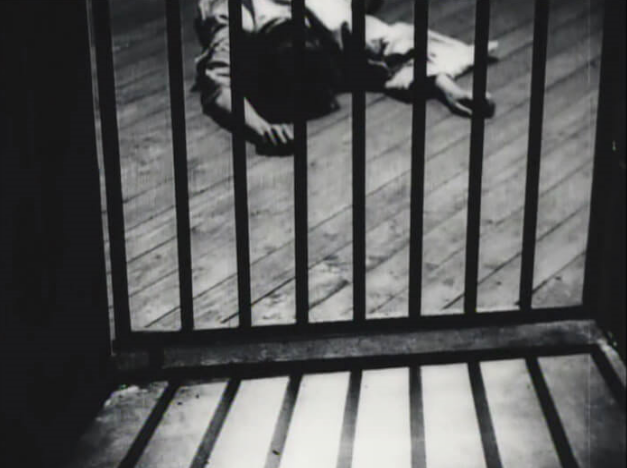 Goal:
Watch as many silent-era silent films as you can. Only silent films made during the silent era (~1894-1929) are eligible, if you have any doubts as to whether a film counts or not feel free to ask.
Challenge runs from September 1, 2022 to September 30, 2022 in your local time zone.

Rules:
- Rewatches are welcome.
– A feature film (at least 40 min) counts as one entry.
– A total of 80 minutes of short films count as one entry.
- Please include year of release when listing your viewings.

Traveller won this challenge in both 2020 and 2021… will there be a three-peat this year??

If anyone has additional lists they want added let me know...

I'll join in and aim for a minimum of 5, though I will hopefully reach 10+. Would have loved to go higher, but as I'm hosting the Mexico/Central America/Caribbean Challenge while also working on the final month of the ICMFFF prep I'll have less time for silents than I would have hoped.

Got a nice warm-up with the USSR challenge this month, so eager to continue on, and have a few recently discovered/released films lined up already.
Top

Quick question: Are the late silent era films from the 30s eligible?
Top

Cheers, opens up a few more options for me.
Top

Eligibility: I'm assuming yes to City Lights but no to Modern Times?

The latter has sound effects and came well after the silent era ended, but I'd be happy to rewatch it if eligible. The former is a genuine silent but came out a year after the end of the silent era in the US. I don't have to revisit it this month, but it might be a fun one to do if eligible.
|iCM | IMDb | Letterboxd | Gold Derby

Correct. I'll take genuinely silent films if they were made slightly after the end of the era (flexible on the year due to country variations in the film industry, etc.) but prefer to restrict to actual silent films.
Top

While fairly big in his day, Raymond Griffiths never quite attained the popularity of Keaton, Chaplin, Lloyd or Langdon, and watching this film, it is easy to see why. Unlike his contemporaries, facial reactions are not a big part of his acting, and the funniest scene does not even feature Griffiths as a baffled firing squad keep firing at painting of him instead. Some of the stunts are good though, especially in the multi-story house jumping final fifteen minutes.
|iCM | IMDb | Letterboxd | Gold Derby

2 - Destiny (1921) - 8/10 - Death takes away a woman's fiance and gives her three chances to win the fiance back from his grasp. Visually it is pretty well done.

3 - He Who Gets Slapped (1924) - 8.5/10 - Lon Chaney is excellent as a man whose accomplishments and woman are stolen from him by his mentor. In his sorrow, he becomes a clown that specializes in getting slapped by other clowns in order to make the crowd laugh. He becomes fond of a new member of the circus (Norma Shearer), but the man who betrayed him sets his sights on her as well.

4 - Show People (1928) - 8/10 - Marion Davies stars as a woman who becomes a star in comedy pictures, but really wants to do drama. When she gets her chance, she forgets the good times she had and essentially becomes a whole new person. Davies is pretty funny here, though I liked the first half with the comedy segments more than the second half, though she is good in both. William Haines co-stars as the actor who got her into the comedy pictures. There are lots of cameos, including Charlie Chaplin, King Vidor, and even Marion Davies.

5 - Stachka / Strike (1925) - 8/10 - Workers at a Russian factory in 1903 decide to go on strike. Things seem to be going their way at first and they issue a number of demands to the bosses. However, the bosses have ideas of their own. There are some really nice shots here and good uses of crowd scenes.

These five are all on the IMDb 1920s list (plus other lists as well). I've got nine to go for platinum, but plan to watch a number of shorts as well before moving on to the IMDb 1910s list.
Top

Well, this got off to an as bad start as it could possibly get. Sotapolulla is just terrible in every imaginable way. With a few exceptions it is so visually lazy to the point that I have to wonder if they even did storyboards, and the actors and set-up of the scenes are worse. People are often just talking, throw in some expressive mannerisms and then continue on. The whole effort is as flat as can be. It's only intriguing point is that I finally got to see a film taking the side of the whites rather than the reds during the Russian Civil War. As one man bravely declares, monarchy over rabble rule. What follows is a messy and clumsy film bout "The White Devil", a brave fighter who actually doesn't have any real story beyond existing, and two young cousins on his trail to find and help him. It's saving graces may actually be the attempts of charm with the misadventures of these two, as it attempts to be somewhat of an adventure film with suspense and humour, but rarely delivers. 2/10

I also found this tidbit from when it screened in 2012:

Many members of the Pakkala family were present in this moving and tender cinema concert. Wine was served before the screening because, as the family members declared, "nobody can watch this movie when sober".

Still charming six viewings later, this silent comedy from Charles Chaplin is a great cautionary tale of the dangers of getting mixed up with inebriated millionaires, a touching look at the lengths to which even a broke person will go for love - and, of course, the funniest boxing movie ever made. Every music beat is perfectly timed, every sound effect feels organic and Chaplin does such a great job delivering his story in pantomime as per the title card.
|iCM | IMDb | Letterboxd | Gold Derby

6 - Ben-Hur: A Tale of Christ (1925) - 7.5/10 - Some of the scenes are definitely on a big scale and I liked the technicolor sequences. I enjoyed the film, though thought it moved a bit slowly in places. The chariot race at the end was good, though it is unfortunate that they apparently treated animals very poorly in the making of this film.

7 - Diary of a Lost Girl (1929) - 8.5/10 - Louise Brooks stars as a young woman named Thymian who is raped by her father's assistant. When she refuses to marry the man, her father sends her off to a strict reform school for wayward girls. Life there is unpleasant, but she is able to escape with a friend. Brooks does a fine job in her role. Thymian undergoes a series of unpleasant experiences, but is able to grow from the naive young woman that she started as into a mature and generous person as she gains more control over her life.

8 - Flesh and the Devil (1926) - 7/10 - John Gilbert stars as a man who falls for a woman (Greta Garbo) only to find out later that she is married. This leads to a duel and his exile to Africa for a number of years. When he returns, he finds that his best friend has married the woman, not knowing about his love for her as well.

9 - Lucky Star (1929) - 8.5/10 - Janet Gaynor stars as Mary, a teenage farm girl who writes to Tim (Charles Farrell), a man in her town who gets drafted and sent to fight in WWI. He returns home without the use of his legs and she visits him regularly with the two falling for each other. Mary's mother prefers a slick talking former sergeant to a 'cripple'. Gaynor and Farrell are each really good and I liked this one about as much as 7th Heaven.

OP update at post 24.
Formatting seems off on the table? Anyway, if you see any errors let me know; I'm having a bit of an off-week re: health, so I'll get to any fixes as soon as possible.

Fairly bland and vapid, but adequately made adventure comedy about a man sure he'll go mad ending up in rather mad situations (which is a far better description than the film deserves despite having its moments). 4/10 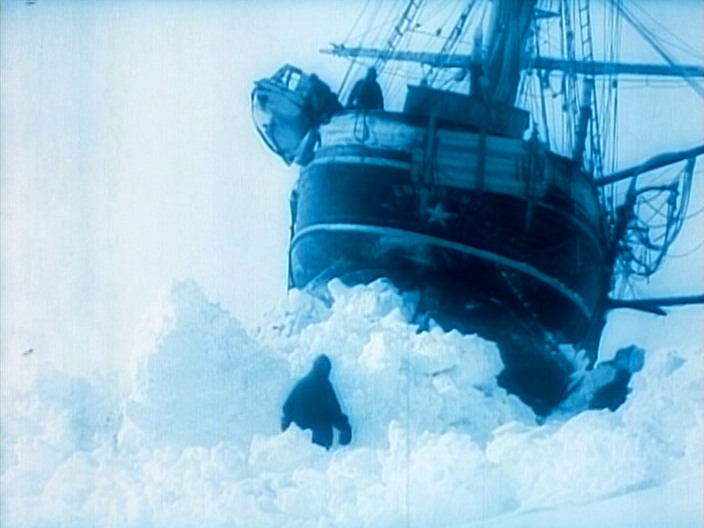 South showcases the 1914-1916 Antarctic exploration mission of Sir Ernest Shackleton with documentary footage shot by their own cinematographer. The footage of the ship, especially as it gets stuck and slowly broken down by the ice is absolutely wonderful and truly special. You feel the conditions and while the footage is somewhat limited, the severity of the situation of being stuck in the ice month after month is clear. The tension is also cut through with a lot of animal footage, some of it fitting, but the last 20 minutes or so, seemingly compiled almost exclusively of cute and/or "exotic" animal footage felt a little too separate from the tribulations we had been watching that far. 6/10
Top

11 - The Adventures of Prince Achmed (1926) - 8/10 - The earliest surviving animated feature uses a silhouette technique that is pretty cool and effective. The film itself is a mix of stories from Arabian Nights combined into a story that is pretty good.

12 - The Phantom Carriage (1921) - 8/10 - There is a legend that if a great sinner dies late on New Year's Eve, they will be responsible for driving Death's chariot to collect the souls of the dead for the next year. David Holm is one such sinner and we learn much of his story through flashback on New Year's Eve. There are some nice camera tricks here, but also a fairly involved and entertaining story.

13 - La Aldea Maldita / The Cursed Village (1930) - 7/10 - A hailstorm ruins the crops that Juan worked hard to grow. He ends up in prison after an argument and his wife leaves the village with their son, thinking the village is cursed. Three years later, Juan gets out of prison and goes in search of his wife.

14 - Dr. Mabuse, the Gambler (1922) - 7/10 - Criminal mastermind Dr. Mabuse has a counterfeiting ring and also uses hypnosis to cheat at cards. I think this is a decent film, but it also felt like it was bloated and meandering. I much prefer the sequel, The Testament of Dr. Mabuse.

16 - The Man Who Laughs (1928) - 8/10 - In 1690, a young boy has his face permanently disfigured into a smile because of an order from the king. He is later abandoned by those who did the deed and is raised by a man with a small traveling circus act. The boy becomes a well known clown when he grows up, though has plenty of sadness due to how people react to his looks. Conrad Veidt is very good as Gwynplaine and I can definitely see how his likeness was an inspiration for the Joker.

This finishes off the IMDb 1920's list and gets me a platinum. I plan to start working on the 1910's list, but that will take longer since I have 36 titles left, including Les vampires, Judex, and Tih Minh. 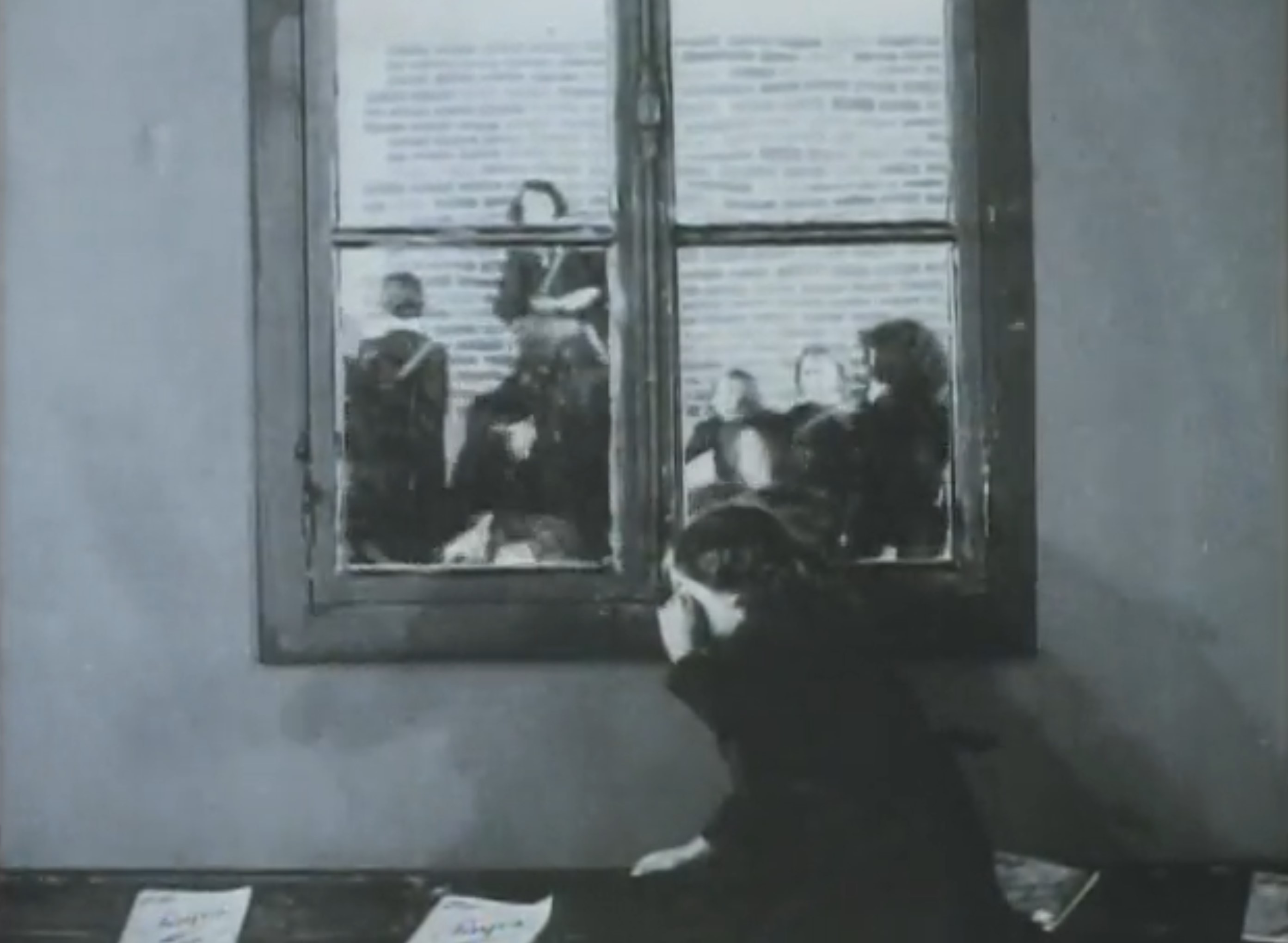