A quick reminder to everyone that the deadline to submit your viewings here is 1:30pm GMT on Sunday. 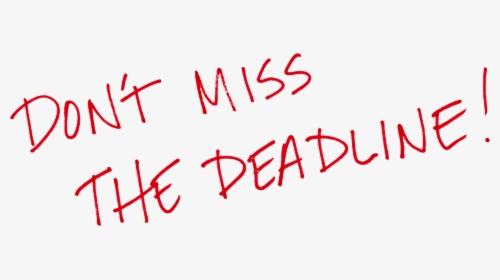 Fergenaprido wrote: ↑April 1st, 2021, 4:34 am I'll join this challenge this month. There are a number of never-seen countries I can knock off. I've got about 20 films lined up to hit most of them, though I'll probably be lucky to see 10-15 of them. I might be able to do the bonus challenge too, but I didn't realize Turkey and Cyprus was included so I have to go find a film for the latter. Also missing films for Bahrain, Qatar, Iraq, and UAE, but I'm not going to worry about hitting every country on the list.

So I lost my spark for films early on this month and failed miserably at this challenge, despite my extensively curated line-up. I saw these two at the beginning of the month, and they both counted for the DTC challenge too.

completes the every country challenge i guess altho Bahrain is one with no long'uns to find.
at least until the point cops swoop in.

btw since most of the movies watched here were not in our known language or culture, the real winner of this challenge is anyone who knows jewish or has seen the most docus in english here (think i saw a few). everyone else is just doing a side challenge for deviants.

Think there's time for 3 more blocks.
he or A. or Armo or any

Unfortunately there's not since it's already May in Ukraine and this is an April-only Challenge. I do admire the marathon that you set for yourself though in order to cement 2nd place in the Challenge. Well done!
Former IMDb message boards user // iCM | IMDb | Letterboxd | My top 750 films // Long live the new flesh!

For the purpose of this challenge I have moved to Hawaiii. When it started I was outside the Solar system where time works who knows how.
he or A. or Armo or any

Believe it or not, I've thought about going to New Zealand at the beginning of the Horror Challenge and finishing up in Hawaii at the end of the month just in order to finally win it.

I like your style. Starting the April challenge basically in May xD
he or A. or Armo or any

Me ? Well Footnote was my « marathon finale » last night... DtC had priority until I got done with my watchlist.
#JeSuisCharlie Liberté, Liberté chérie !

how long until i meet one worthwhile short?
I guess Sol was trying to put me out of my misery. what a kind Sol. but I am an unstoppable force until deadline which is in an hour.
best attempt to save me wouldve been you should have watched less movies to force me to watch less so as not to overtake you. well i would probably just get extra animation in instead. 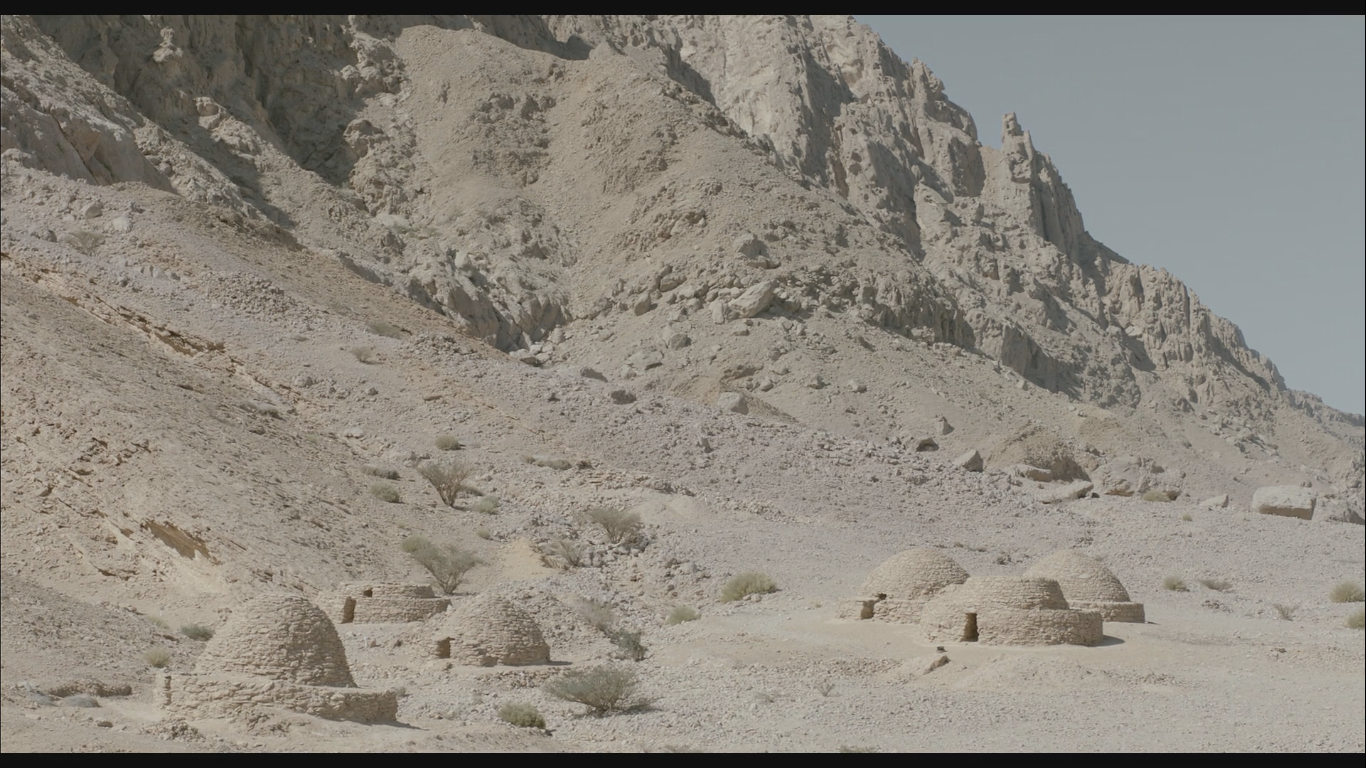 So escaping those dreaded dreadful Saudis with dreads is making my life easier. Lebanon is life! Lebanon is freedom! Lebanon is revolution!
43. My Father Is Still a Communist [2013] 3/10 - Lebanon - 32min - oodles of subs here about boring stuff for reading lovers, my eyes are gonna quit soon. the short mentions a headache haha!
Not Anymore (a story of revolution) [2013] 8/10 - Syria, Turkey + USA - 14min - thank goodness this is in english. guy says USA cares for cats in Syria more than humans.
Have You Ever Killed a Bear? or Becoming Jamila (2014) 8/10 - Lebanon - 25min - directed by woman? socialist-feminist-gun short. lots of reading subs. reference to Chahine's Djamilah (1958) added to IMDb. 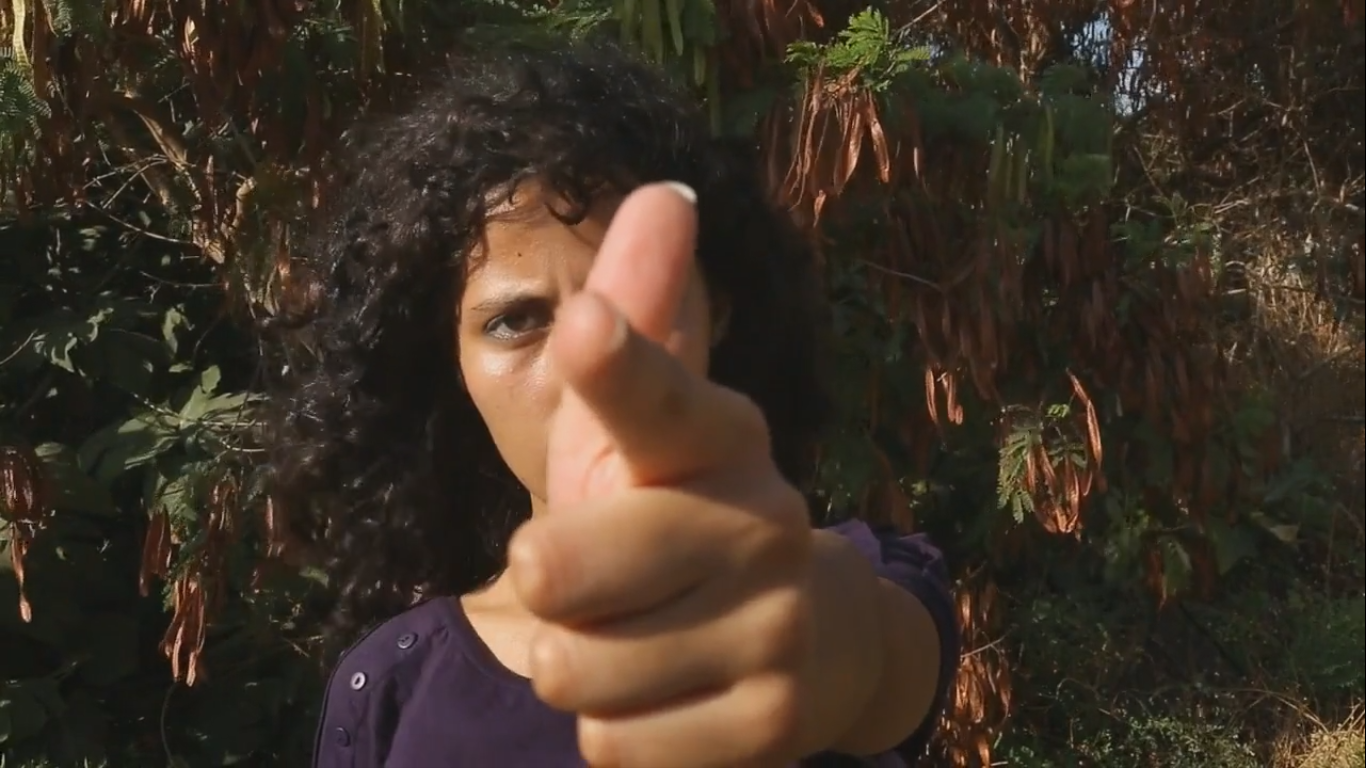 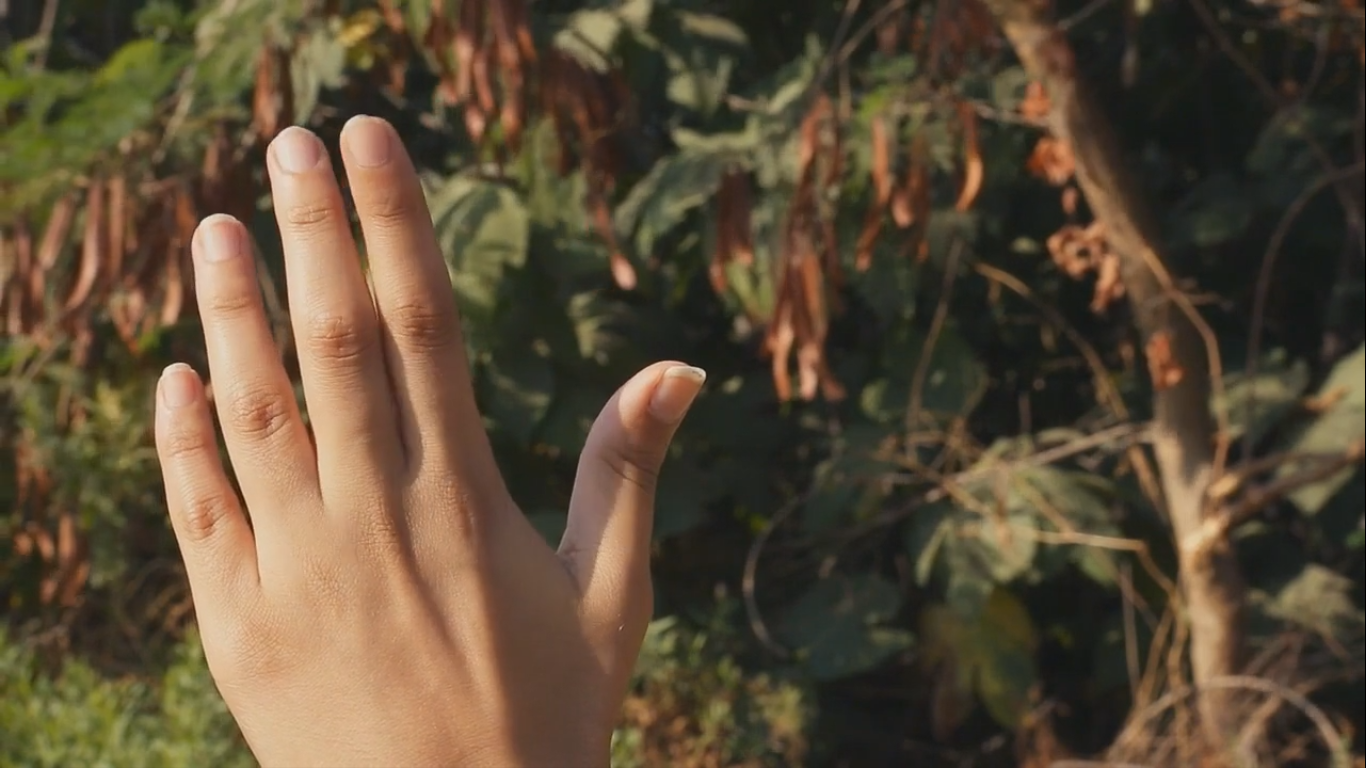 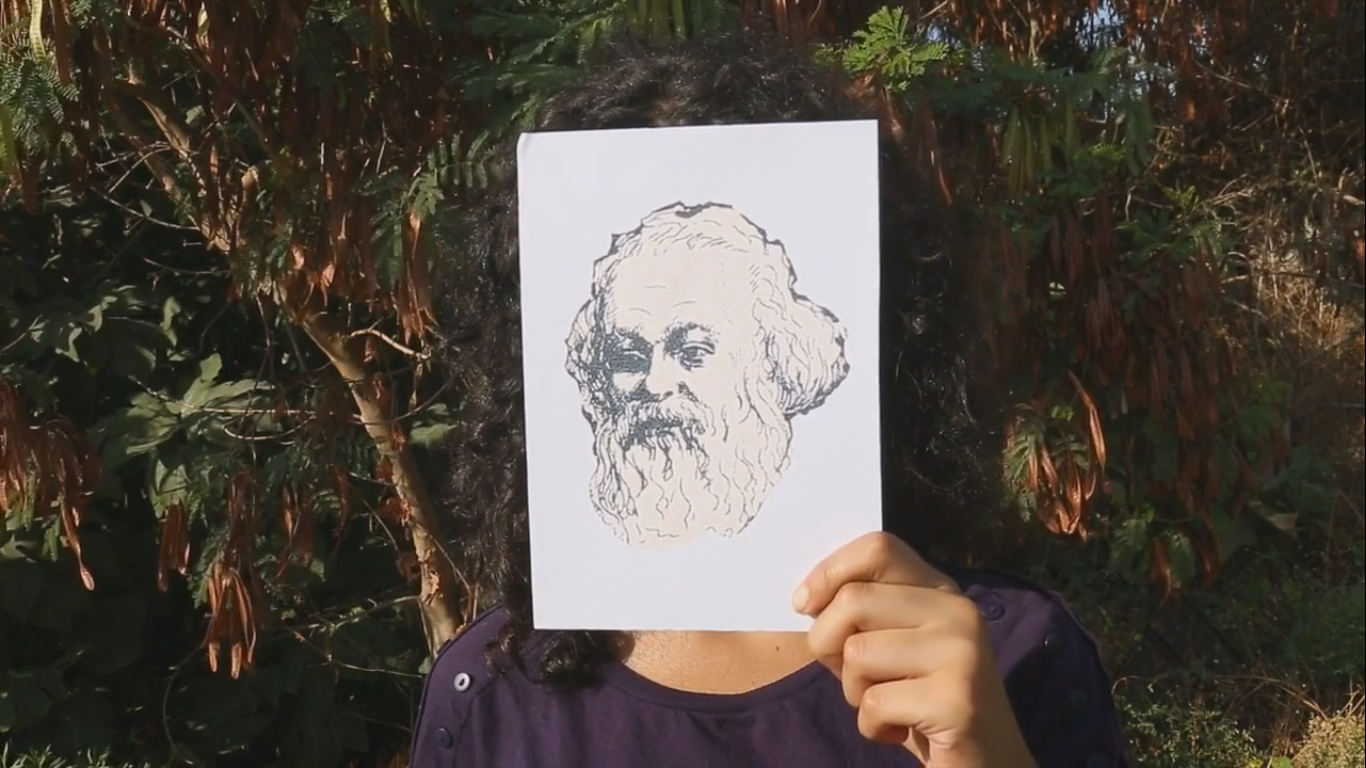 Fazlamesai (Overtime) [2011] - Turkey - 20min - B&W!! about woman worker. hopefully someone is reading this to appreciate the title bc this puts me at way over 80mins

and with that other check that should really be counted but no biggie if it's not it makes 44 before cops and taxes.
how farout is it that people are able to get 301 in like this? so more than double my viewings.

and now I need a break, an escape, gotta get away, read messages, do chores, see the newly emerged sun outside and sleep my headache off. and then back to finish more would-be-contested films from the region.

btw here's me in Hawaii rn: 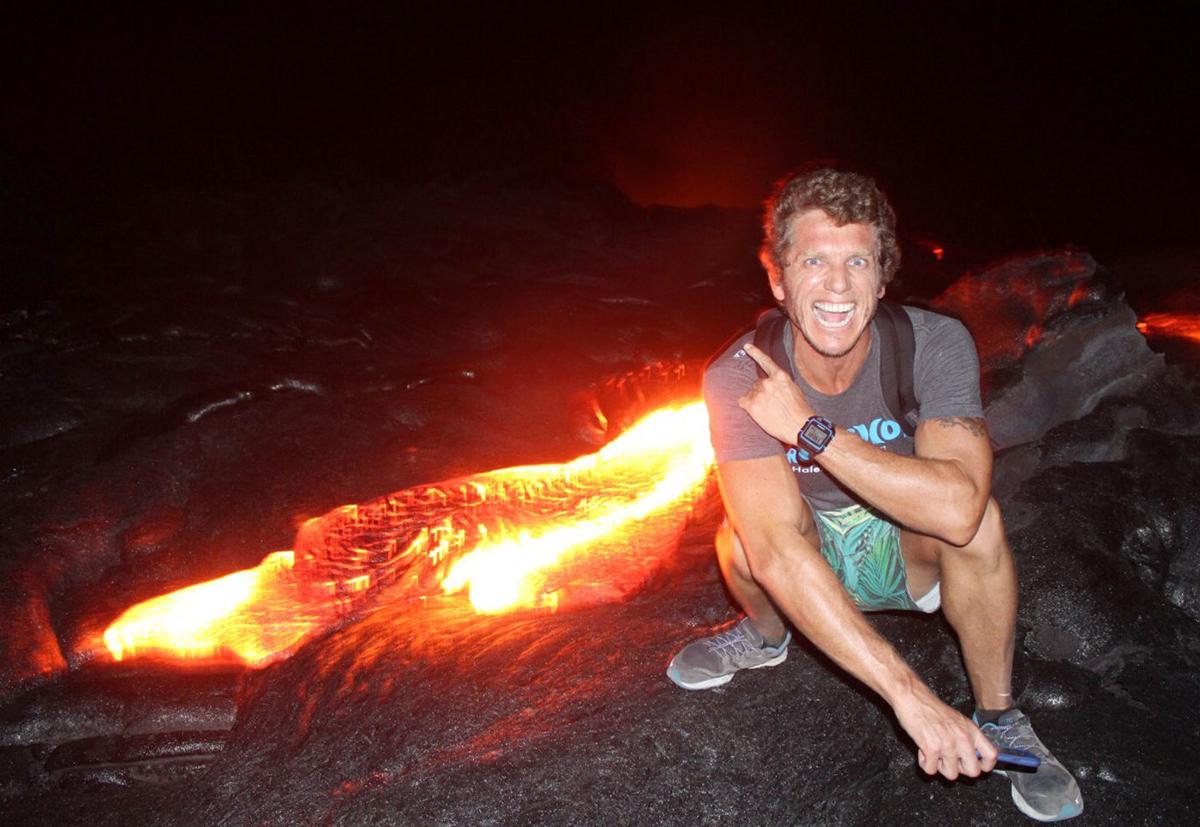 Last edited by Knaldskalle on May 1st, 2021, 2:20 pm, edited 1 time in total.
Reason: Posted after film watching deadlne had clearly passed in local timezone.
he or A. or Armo or any

Nice try, Armo. If you want to reform the rules around time zones in the challenges, I would ask you to wait until we discuss the rules for next year in October or November.

Your score for this challenge is 41. You have, however, managed to come second in two challenges in a single month though. That's not bad for somebody who hasn't participated in the Challenge series for several months.
Former IMDb message boards user // iCM | IMDb | Letterboxd | My top 750 films // Long live the new flesh!

Based, like quite a few of the best Egyptian films I've seen so far, on fiction by Naghib Mahfouz - it's really time for me to read this guy - this is a long tragedy about government oppression, at least partially spurred on by the country's failed wars against Israel over the 1967-73 period. It becomes clear in retrospect that the attacks on ordinary students and citizens - torture, rape, trumped-up charges and prison sentences - allegedly for belonging to Muslim Brotherhood or Communist cells, is in part a fake to draw attention away from the government's ineptitude in leading the charge against a smaller and seemingly less-powerful enemy - and going deeper, an acknowledgment that the country is more or less a failed state; one character near the end of the film sums it up by exclaiming something like "we are just children"; somehow a country with a 5000 year history has become a laughingstock and one that can't work as either an autocracy, and doesn't yet understand democracy. The primary victims are a pair of medical students, Zainab and Ismail, who are engaged also to be married, and whose casual meetings with students and others in the eponymous café leads to their eventual years-long abuses at the hands of the secret police. Like Mahfouz' several-times-filmed Midaq Alley this has a feel for the riotous mixture of poor and rich, sleazy merchant and wily thief of the back alleys in a bustling, ancient yet modern city, and like that work there is a mixture of comedy, romance and crime but here the emphasis is definitely on the abuses of government and the fear that ordinary citizens have over their doors being broken down in the night not by robbers but by the police. The way director Khan mixes the light and breezy café moments with scenes of torture (not at all explicit but intense just the same) is downright brilliant, we feel over and over just as the characters do that THIS time when they're let out of jail, they'll be left alone - but always something else comes along and the torturer-in-chief wants more information, or more lies, to fill his cells. A powerful polemic against repression and authoritarian power, with an ending that may seem a little Hollywood and soft to some but to me comes off as just another false hope in a film - culture - country - world - that can't help believing in a better human nature that rarely manifests.

That's all for me, thanks for running it sol. I hoped to get a lot more but keeping my focus on DTC made it difficult and everything else lost out.
Top

All films must be seen before the end of the month in your respective time zone. Films seen after are just personal bonuses.
Top

Thanks for hosting, sol!

I started watching City of Life (UAE), but something came up and I couldn't finish it before the deadline. So I guess my final tally is 2.

The Saudi shorts were a mixed bag, Wasati (censorship by religious zealots) and Is Sumyati going to Hell? (mistreatment of foreign workers) were slightly veiled criticisms of Saudi society, Predicament in Sight was like a meandering Twilight Zone episode that lacked the clear message at the end, The Rat didn't make any sense foe me, and 27 Shaban involved the effect of harsh religious codes on romantic relationships with an ending that would have worked on the Twilight Zone.

Jaffa involved a secret romance between Israeli Jewish and Arab Muslim co-workers that was cut short by prejudices, refreshingly, everyone behaved consistently with their characters as established before the accident that precipitated the break.

The Present was the best of the shorts, and Give in to Giving, Condom Lead and Quarantine, Curfew and Videotapes were all considerably better than you would expect if you read a brief description of each one before watching. I thought I had at least 80 minutes of Palestinian shorts lined up but ran into technical difficulties.
* First time viewing.
Top

Many thanks to the 18 users who participated in this challenge. The leaderboard in the OP is up-to-date. Now for some info and stats about what we viewed.

We amassed 242 points during this challenge (averaging 14.6 per participant) while watching a variety of feature films, shorts and TV/miniseries episodes.

Collectively we managed to watch something from every single eligible country; in fact, every eligible country ended up with more than 1 point from 2+ different users. A great collective effort!

The following Pie Chart show a breakdown of where films watched came from: 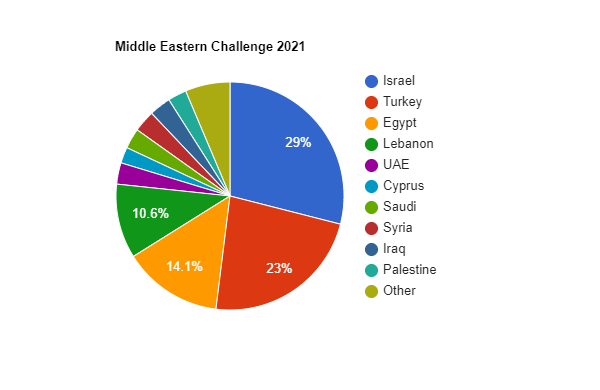 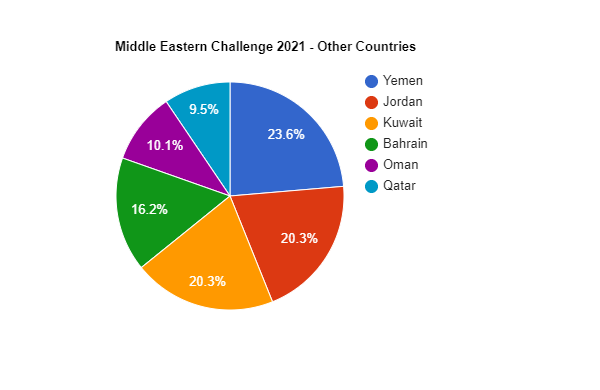 Armoreska also logged 10.2pts worth of Kurdish films, which for the purposes of the pie charts I included by second-listed country of production. Hopefully by the time this challenge is run again, the region will be recognised as a country on IMDb and Letterboxd, which will make it simple for all participants to search for, watch and list Kurdish movies.

For some fun, here is what the challenge results would look like for the four mostly widely watched countries if this was a(n)...

And well done to sol, Armoreska and jdidaco - all of whom completed the bonus challenge by getting something in every column (other than the last!).

Thanks for playing, guys. See you the May Challenge threads.