It's a bit of a hit and miss with Kurosawa for me. This was probably middle of the road for me (as far as Kurosawa films go). Decent though. 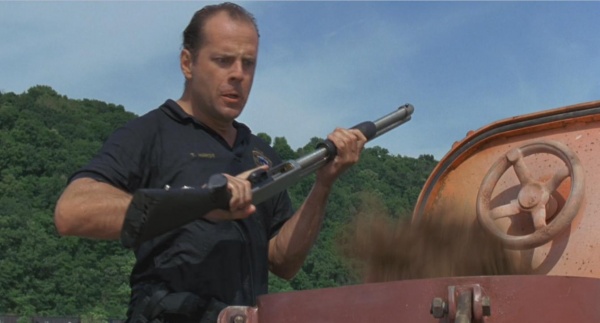 
13. Zhigrana (2015)
Who keeps killing off these people!? Is it human sacrifice by local villagers or something more sinister!?


14. Brawl in Cell Block 99 (2017) Crime: Obstruction of Justice
So much crime... assault, drug dealing, attempted murder, murder, kidnapping...plus stuff that isn't in the crime list like destruction of personal property. As far as obstruction of justice, there are a couple of times the lead commits this one including killing a couple of suspects and lying to the police several times during questioning and otherwise. Not actually charged with it though what will all the assault, drug dealing and murder though.

Indiana Jones and the Crystal Skull

4. The Wild One (1953, Laslo Benedek) : 7.0 - A movie that's mostly interesting for the cultural influences it had. The first half, which is more a broad objective depiction of the behavior of the group of bikers, holds up well still. The movie loses some impact in the second when it becomes more a redemption through love storyline. - BC#1 Involuntary manslaughter
5. Maniac (1963, Michael Carreras): 6.8 - BC#1 Attempted murder

Trying not to be annoying about this. If people disagree, let me know.
Top

6. Mickey One (1965, Arthur Penn): 4.5 - Penn deserves credits for experimenting with narrative form, just like its big influence the French nouvelle vague. But sometimes experiments fail and alas the result of this experiment is just a big mess. The cinematography by Cloquet and jazz soundtrack by Sauter and Getz are its biggest redeeming qualities. - BC#1 Extortion 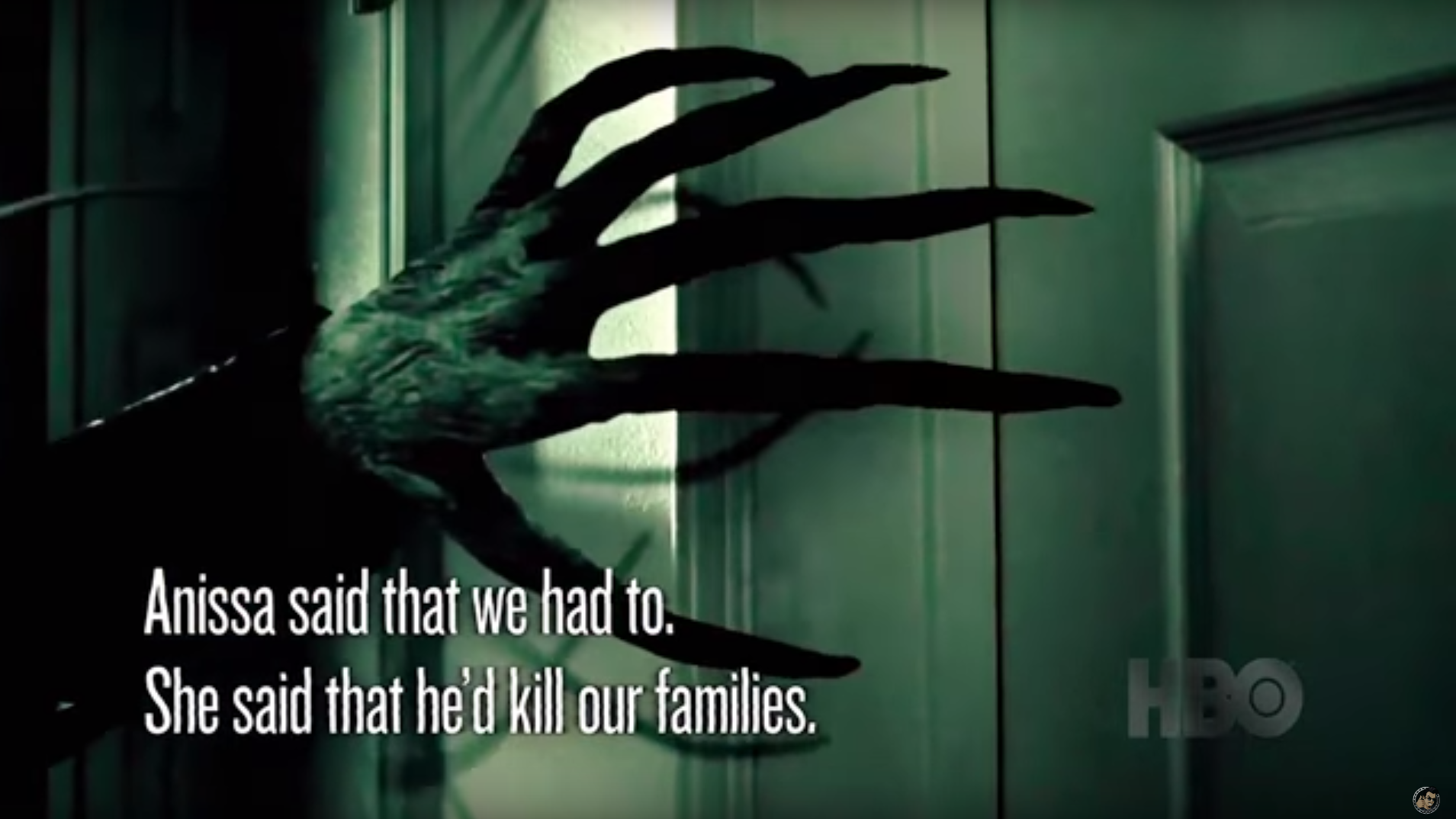 While documentary pulls in several directions, the content is fascinating, especially the detailed breakdown of memes with one expert calling them a "virus of the mind", evocative of Videodrome's "retina of the mind's eye". The film feels inconclusive as it was released amid debate over if the girls should go on trial as adults or children, so we do not get the verdict of the actual trial, but this is a potent look at the power of internet phenomena.
Former IMDb message boards user // iCM | IMDb | Letterboxd | My top 600 films // Long live the new flesh!

Trying not to be annoying about this. If people disagree, let me know.

I think it boils down to whether each season of shows like True Detective or American Horror Story are considered mini-series. If not, then this one wouldn't be either.
Top

Bookended with a courtroom trial framing device, this crime drama spins a tale of police corruption and double crossing in flashback. At the centre is a solid James Cagney as a ruthless but charming gangster who can talk his way around everything. The story though is lackluster, concentrating too much on not one but two romantic subplots, and not enough on clever bits like blackmail via early recording processes. Decent hard-boiled dialogue though.
Former IMDb message boards user // iCM | IMDb | Letterboxd | My top 600 films // Long live the new flesh!

Trying not to be annoying about this. If people disagree, let me know.

I think it boils down to whether each season of shows like True Detective or American Horror Story are considered mini-series. If not, then this one wouldn't be either.

It's two "seasons" separated by several years, focusing on very different things - the first on the trials, the second on the appeal. Very similar in concept to the subsequent updates in The Staircase. Except here, Part 2 would make sense as a stand-alone documentary mini-series. It's in that weird gray zone - Netflix groups them, so it looks like a TV series; but if they had decided to call it "Making a Murderer" and "Making a Murderer: The Appeal", no one would bat an eye at calling them two miniseries. (Incidentally, I would have voted for Making a Murderer Pt1 in the miniseries poll... if I liked it more).

Anyway, it's fine if you want to count it as a tv-series. Reset me to 13, and pull out "DNA" from BC2 for me. I'll make sure subsequent posts reflect this change.
Top

Thanks for being understanding. Next time I run a challenge, I'm going to simplify the rules regarding timing and distinctions between movies/tv.
Top

Thanks for being understanding. Next time I run a challenge, I'm going to simplify the rules regarding timing and distinctions between movies/tv.

Yep! This is one of the major reasons I'm a fan of just the 40/60 rule across the board - simplicity. Anyway...

Welcome to a statistical summary of the challenge thus far. I'll also deliver a 20-day summary and an end-of-challenge summary.

Headline Stats
We have 23 participants thus far, with a cumulative total of 205 points. That works out to a mean score of 8.9 points and a median of 7 points. AB537 leads the main challenge with 24 points, followed closely by jdidaco and blueboybob with 20 points each.

Bonus Challenge #1: Crime Wave
AB537 is currently Public Enemy #1 with an incredible 15 crimes, followed distantly by flavo5000 with 8 crimes. There's still plenty of time for others to begin their crime spree, and I certainly expect a few people to get all 24 crimes by the end of the challenge. Theft (10) is the most common crime, followed by murder (8). Only three crimes remain uncommitted by anyone: Counterfeiting, Tax Evasion, and Treason.

Bonus Challenge #2: Law and Order
For whatever reason, this bonus challenge is not getting as much action as the first one. Perhaps we all just lean more toward criminal intent. AB537 and maxwelldeux are currently tied for top cop, with 5 points each. Interrogation is the most common action (3) so far.

Bonus Challenge #3: Blocho's Crime Block
I'm truly honored that anyone would take my recommendations. Especially given my performance in world cups over the years, the movies I love typically receive a mixed reception. Mochard is the leader in this challenge with 3 movies.

Not great, but enjoyable...

This film is a mix of genre, but also a heist movie, as the main storyline is a plot to steal diamonds from a safe during a dancing event (the film spends a lot of time on the dancing, but at least 1 hour on the heist too, that's how things go with Bollywood movies...).

Thanks for the stats, blocho! Could this be AB's first win?

Keeping going - you can do it!

Walken has a commanding presence as usual here but hast zero character progression to work with. We do not see what he was like before serving time, nor his ephiphany, so the film becomes a more a movie about a gangster taking out the competition rather than a tale of a changed man reforming his streets. The movie is very stylishly filmed with lots of blue neon and some slick action scenes (and a fun tampon gag) but I liked this far less than max.
Former IMDb message boards user // iCM | IMDb | Letterboxd | My top 600 films // Long live the new flesh!

Another B noir under 70 minutes, and I gave it the same rating as the previous two. Apparently, this was NOT based on a stage play, but feels like it was - taking place in real time and in a single location, with a small cast.

9. Kanehsatake: 270 Years of Resistance (1993)
Not a typical crime movie by any means, and yet it feels like there's a crime taking place in almost every moment of this movie. It's absolutely riveting as both agitprop and reportage. The agitprop aspects make me feel I have to recognize that I'm seeing a very one-sided view of the Oka Crisis, but all the scenes of confrontation are real. When a small standoff over land becomes the focus of a larger struggle over sovereignty, everything becomes intense and dangerous. Shipments of food, medicine, and media access are negotiated across barbed wire with hundreds of years of oppression in the background and plenty of guns at the ready. See it here. A few more comments in the spoiler:


SpoilerShow
If anything is the definition of a pyrrhic victory, it's what Canada accomplished in this movie. The Canadian forces managed to end a blockade, a protest, and a proto-rebellion without killing a single person. They did it by bargaining in bad faith, withholding essential supplies, and tightening an unceasing campaign of harassment. And yet, in the end, the golf course wasn't built on Mohawk land, First Nations people were energized and united across Canada, and the provincial and national government spent a combined Can$154 million.
Top

A police procedural mixed with an amateur philosophy session. Whatever else, this first season was riveting. And that, after all, is the most important thing. McConaughey especially was spectacular (please note that I was on board the McConaughnassaince train ever since Reign of Fire).

All that being said, the police procedural part, while good, was no revelation. And the philosophy part got tiresome by the end. At first, I was excited by it mainly because I was genuinely disturbed how much my feelings regarding existentialism and pessimism resembled those of McConaughey's character. There was a point in the second episode when I thought to myself: "What's next? Will he say that free will is an illusion?" Bingo - that's what he says two episodes later. But as the season went on, it felt more and more like some dour emo punk's freshman-year philosophy 101 ramblings. Still, I give credit to the show for embracing the full darkness of its story ...

SpoilerShow
The show ends with our leads talking about the battle between light and dark and how the light is winning, but that's complete bullshit. They fail to recognize that they themselves are part of the darkness. After all, they do murder both suspects during the course of the show, first with a brutal execution after a surrender, and second with what is essentially a home invasion. Even shows and movies that have corrupt, brutal cops usually save space for a heroic character. In this show, there are no heroes. Or maybe worse, we have to accept that our heroes are also villains.
Top
Post Reply
432 posts