Interesting, but except for the dancing scenes, I didn't find it that strong...

A great show, epic cinema and adventures in an unfamiliar time period. I loved it.

Added and added. Thanks!

Do you expand the Tuba Atlantic line in the OP? I think it's only those four I mentioned to maxelldeux. (Actuall'y there are 5, but The Godfather got plenty others anyway)
ICM Profile - ICM: latest checks
IMDb Profile - IMDb page - Criterion

Do you expand the Tuba Atlantic line in the OP? I think it's only those four I mentioned to maxelldeux. (Actuall'y there are 5, but The Godfather got plenty others anyway)

A beautiful film by a very naive filmmaker, which is not necessarily the worst of things. Adrien Brody's character is a huge problem though. The Oscar-nominated score is quite good, and beautifully performed by the great Hilary Hahn.

For all the accolades that Sandra Bullock received, it is actually Quinton Aaron with his sad and expressive eyes who really makes this film work and the project is at its best when focused on him. Bullock's family are rather lifeless with how warm and inviting they are with a nary a reservation. Bits and pieces of the movie are unavoidably heartwarming, but with some very heavy-handed symbolism (Ferdinand the Bull?), the film only lightly resonates.
Former IMDb message boards user // iCM | IMDb | Letterboxd | My top 600 films // Long live the new flesh!

Watched this on TCM, even though I own the BD, because I just got tired of the StupidBowl and it just happened to be on. Don't know what I have to say about this that's meaningful - it's one of my favorite swashbucklers from the classic era and I've probably seen it around 10 times now, and it never gets old. I like most of the other pairings of Flynn/de Havilland and/or Flynn/Rathbone, but none of them really comes close to this. From it's exuberant cast, also including Claude Rains, Alan Hale Sr, Eugene Pallette and Una O'Connor, to it's rousing score, to it's Technicolor - probably the best use of the process up through that year - and it's near-perfect editing, it's a film that really defines what a big budget and lavish production values could achieve at that moment. In my opinion it deserved it's three wins, should have at least been nominated for Cinematography, and beats out the Best Pic winner You Can't Take It With You though I'd probably give that award to La grande illusion even though it's furrin and thus inferior to even the worst of Hollywood films.

Backwoods barely literate, totally uncivilized and deeply ignorant neanderthal Don Murray travels from Montana to Phoenix for a rodeo and to win him a lil' missus, an "angel" who he finds in the form of Marilyn Monroe and proceeds to terrorize and eventually kidnap her to take her away with him as his unwilling bride, all the while being scolded for his behavior by his older friend Arthur O'Connell and others, but hearing none of it. Eventually he learns his lesson and of course there's a happy ending because hey, it's a late-50s rom-com (yes, that's what it is, really) and women really want their guys to be macho shithead assholes, just as long as they show the tiniest bit of gentleness in the end. Maybe.

Total garbage. Haven't been as angry at a film in a while. I will say the acting is actually pretty good, even if the characters aren't. Murray is certainly compelling even if I wanted to see him fed into a wood chipper very slowly before he even gets to Phoenix, and Marilyn does a pretty good hillbilly and O'Connell is always good. But this is as offensive and obnoxious as any film of this type from this era, and that's saying something. Also really looks ugly - it's supposedly Technicolor but I'd have guessed the cheap rust-brown/blue-tinged Cinecolor process if asked. Maybe TCM had a poor transfer, I dunno. Like I said Murray is good - in his first role yet - but Anthony Quinn in Lust for Life definitely deserved the award over him, and there are probably other better performances too. It's hard to judge when you hate the role - mostly the writing - so much.

I' haven't read any of the early Greek or Latin works telling the original Phaedra legend, though I think I may have read Racine's French play in college; in any case I had a vague knowledge of this story of a middle-aged woman falling in love with her husband's son from an earlier marriage, here updated to modern Greece and London. Melina Mercouri is our Phaedra, and Anthony Perkins is Alexis (Hippolytus in the ancient versions), she the wife and he the first son of Thanos (the Italian Raf Vallone - this is one of those 60s stars-from-everywhere casts), a shipping magnate. Mercouri is good, there's some great production design and yes, costumes, and a good Theodorakis score though not as good as some others in films I watched last month, but Perkins really seems miscast to me and overall by the end of the film I just didn't believe in or care much about what was going on, before the inevitable tragic conclusion. Ehh, OK. Probably deserved it's Oscar nom, but it's been too long since I've seen any of the other nominees to me to say more.
Top


12. Richard Jewell (2019)
Nominated: Best Supporting Actress (Kathy Bates)
Can I just say it's criminal that Paul Walter Hauser wasn't nominated for Best Actor for this? He was phenomenal in it. 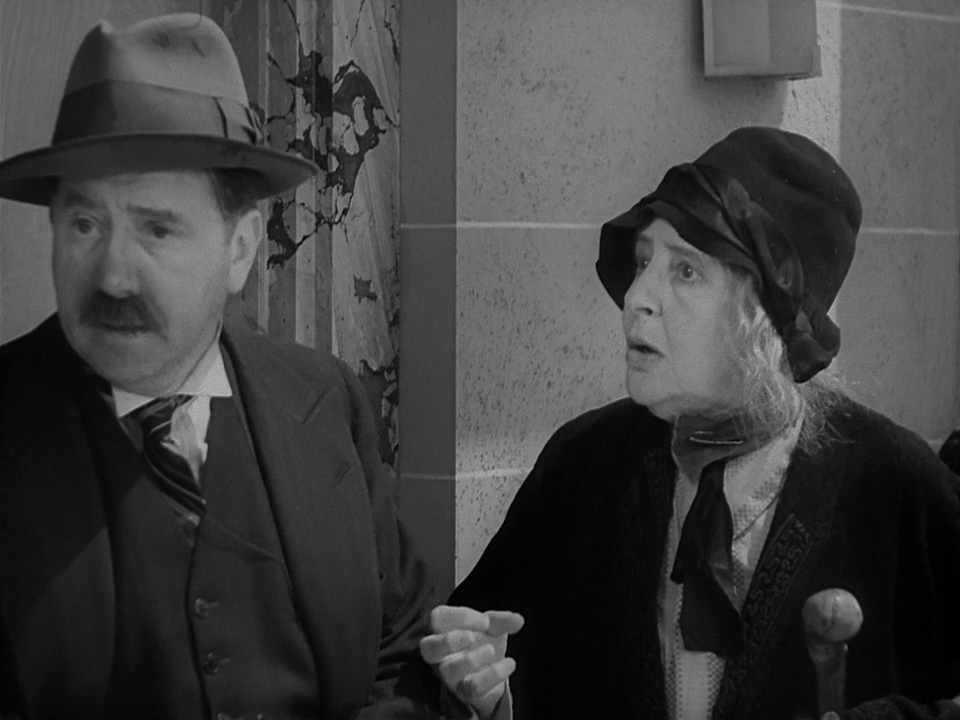 An early piece of Capracorn. May Robson is well cast, making quite a transformation from rugged street vendor to posh society lady, however, as the film wears on, she becomes more and more of a supporting character with focus instead turning to the gangster who leads the ruse. Warren William is okay in the role, but a lot less interesting to watch than Robson. The dramatic side is also overplayed at the expense of laughs from the ruse going awry.

Only one more film to get Silver on the Best Picture nominees list!

Adam Driver is such a wonderful actor... Probably one of Baumbach's best films.