This is match Final of the third season of iCM Forum's Film World Cup. 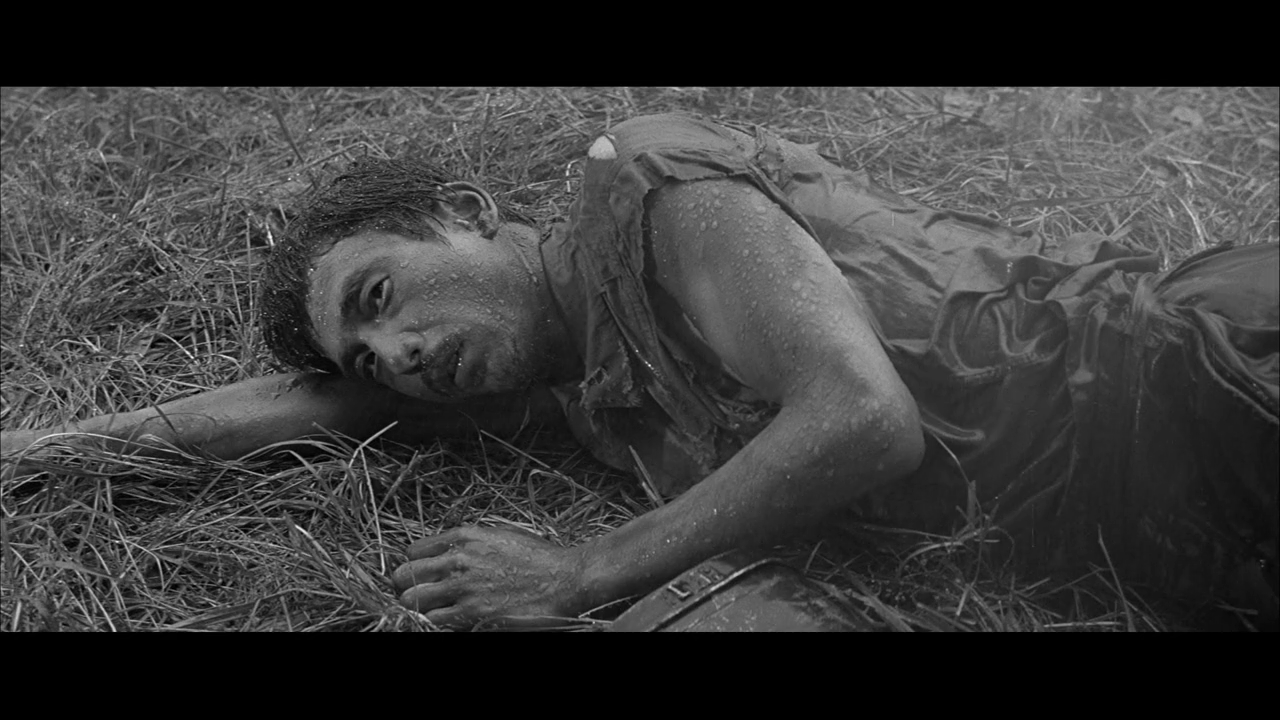 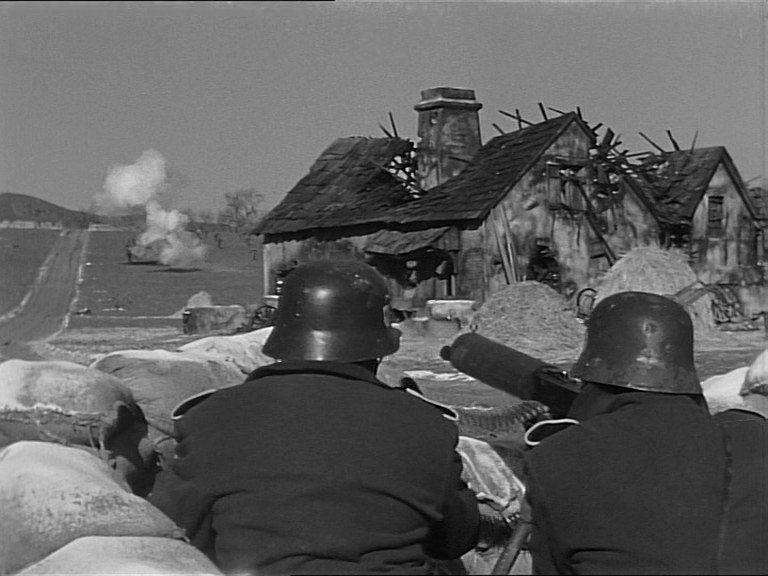 Here's a quick summary of how the tournament worksShow
We start with 48 films from 48 countries. Each country has a manager who determines which movie will be watched. In the first round the countries are divided into 12 groups of 4. From each group the countries that end up at #1 and #2 proceed to the next round. In the 2nd round the 24 remaining countries will be divided into 8 groups of 3. The managers pick a new movie. The winner of each group proceeds to the next round. The final 8 countries compete one-on-one in the quarter finals (with a new movie of course) and so on till the final.

So this is it! We got a 50's war movies final. Really curious to see how this turns out. I haven't seen Attack yet, but Nobi is a high favorite of mine. But according to monty Attack is "a great character-driven drama that deserves to be ranked among the best war movies" (from iCM-comments), so we might be in for a great match.
ICM-profile
Fergenaprido: "I find your OCD to be adorable, J"
Top

Just a reminder, J, there's war movies and then there's anti-war movies - it's not quite the same.
Top

First round I have seen the two films...

... and I am done with WC, juhu !
#JeSuisCharlie Liberté, Liberté chérie !

I havent lost all hope for a 3rd-place match yet

I havent lost all hope for a 3rd-place match yet

If the managers are up for a sex comedy match, I'd be more than willing to host it...
Top

Since you've seen both movies already, why don't you vote right away? I'm sure filmbantha will vote as well.
ICM-profile
Fergenaprido: "I find your OCD to be adorable, J"
Top

Since you've seen both movies already, why don't you vote right away? I'm sure filmbantha will vote as well.

Well, what do you know - it took until the very end, but finally a WC match where I've seen both films.

Same here. In three seasons of WC, this is the first time I've seen both/all of the movies in a match.

Seen both before Attack is very good, but Fires on the Plain is great.

Had already seen Nobi. Just got done watching Attack. This was an easy decision for me.

the final film of this cup for me today, kinda sad that its over
Attack was an entertaining if somewhat theatrical and moralistic movie, doens't hold a candle to even the memory of Nobi… saw it summer 2011... had hoped this would finally be an Aldrich movie I could score higher that a 7, but sadly this wasn't such a big discovery as The Pawnbroker was last round for me
Top

Nobi is in my all time top 100, so it would be hard for Attack to top that. Lets see.
Top

Was hoping for a good match, but so far it looks like monty made the safest choice possible.

Attack: 1
ICM-profile
Fergenaprido: "I find your OCD to be adorable, J"
Top

This was closer than I thought, but still easy. I watched Nobi five days ago and was shocked by it. That end has stuck with me more than most. Attack was a really good film, and a pleasurable way to end the War challenge, but couldn't beat Nobi. Attack would have beaten Chiyari Fuji (sp?), but not this. Nice picks both!
Top

I watched Nobi last year and it's a gripping film but I didn't rank it highly enough to be considered a favourite of mine. I can certainly see why people would regard it so highly and it's a very strong pick from Monty.

I stumbled upon Attack a couple of weeks ago and found the acting from the leads incredibly engaging and the themes of heroism and cowardice handled very well. A new favourite of mine that I hope others will enjoy as much as I did.

Regardless of the outcome of this match I've really enjoyed participating in the cup and I'm looking forward to seeing the final results, even if it does look a little one sided so far.
Letterboxd Blogger ICheckMovies
Top

I may as well post my vote then. I do like the Aldrich effort but nowhere does it top my experience of Ichikawa's film.
Anyhow, I wonder how this match would have played if I'd gone with my other candidate...
SpoilerShow
https://www.icheckmovies.com/movies/shinboru/

I'll probably would rank Nobi first if i rewatch it, but at this moment Attack has the edge, i already have seen all of Monty's choices for this world cup, i was hoping to discover some hidden gem but alas, i'm curious Monty what would you have chosen for a sex comedy third place match?
Top

Mate_cosido wrote: ↑
April 1st, 2019, 4:59 pm
I already have seen all of Monty's choices for this world cup, i was hoping to discover some hidden gem but alas, i'm curious Monty what would you have chosen for a sex comedy third place match?

Did you watch the other film I considered for this match? If not, I suggest you put it in your viewing queue.
As for a sex comedy match, this one does strike a chord with me nowadays - an old man's dream come true

I second Monty's recommendation of Shinboru, I've never seen anything quite like it before or since.

It would have been interesting to see how it might have fared against attack.
Letterboxd Blogger ICheckMovies
Top

I would have voted for Attack if Shinboru was its opponent.
Top

I haven't watched Shinboru, but i have heard of it, but never felt like watching it, i'll try to watch it soon, since monty's picks have been great so far, as for the sex comedy, i regret i asked
Top

I haven't seen Attack yet, but I definitely love Nobi more than Shinboru (though I enjoyed Shinboru).
Top

I'm sorry but you have to watch Attack to vote

I'm sorry but you have to watch Attack to vote

Oh sorry, I'm new to this WC thing. I'll try to read the rules first the next time.
ICM-profile
Fergenaprido: "I find your OCD to be adorable, J"
Top

Attack starts a bit slow, but gets more on steam when they go on the mission. It gets very good from then on, but it got never close to the devastating impact Nobi had on me.
I was annoyed by one scene in Attack, btw:
SpoilerShow
Towards the end of the movie the squad leader is attacking a tank with a bazooka. He hits it, but the tank is running on right towards him. He has every chance of running away in another direction. However, instead he tries to open the door. Okay, that could be the safer choice if it opens. But when it doesn't open, he doesn't run another direction. Instead he just stands there looking scared at the tank, although there were still several seconds left for him to get out. It's like the director stretched the moment to get the biggest impact out of the situation, but instead it gets unrealistic.
Not running away when having lots of chances is one of my biggest pet hates.
ICM-profile
Fergenaprido: "I find your OCD to be adorable, J"
Top

Attack: 3
ICM-profile
Fergenaprido: "I find your OCD to be adorable, J"
Top

So you're suggesting the USA should attack?
Top

So you're suggesting the USA should attack?

No, B - I just think they should set some fires on a plain.
Top

Or better yet, put them out.
Top

Does anyone keep a breakdown of stats from all three seasons of world cup? I'm talking about records for each country, decade, runtime, directors, or any other categories. If not, I might try to put something together.
Top

blocho wrote: ↑
April 5th, 2019, 3:49 am
Does anyone keep a breakdown of stats from all three seasons of world cup? I'm talking about records for each country, decade, runtime, directors, or any other categories. If not, I might try to put something together.

I have spreadsheets for all three seasons. The info is there, but you have to collect stats yourself. The spreadsheet of the first season is not really complete, because I didn't host that season from the start.
ICM-profile
Fergenaprido: "I find your OCD to be adorable, J"
Top
Post Reply
98 posts