This is match Semi Final B of the third season of iCM Forum's Film World Cup. 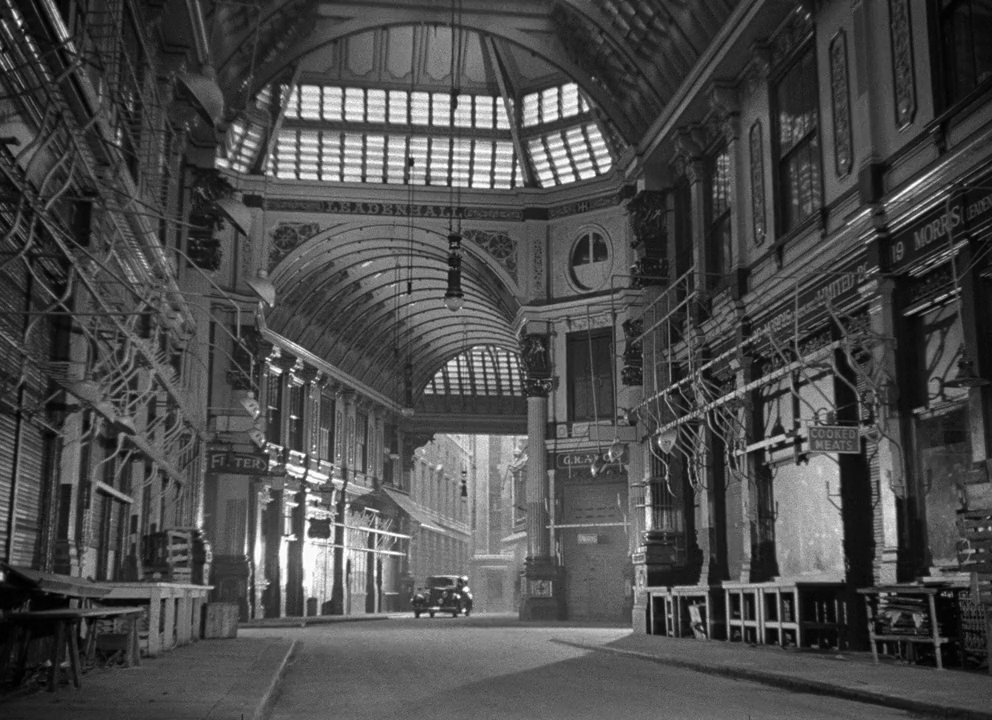 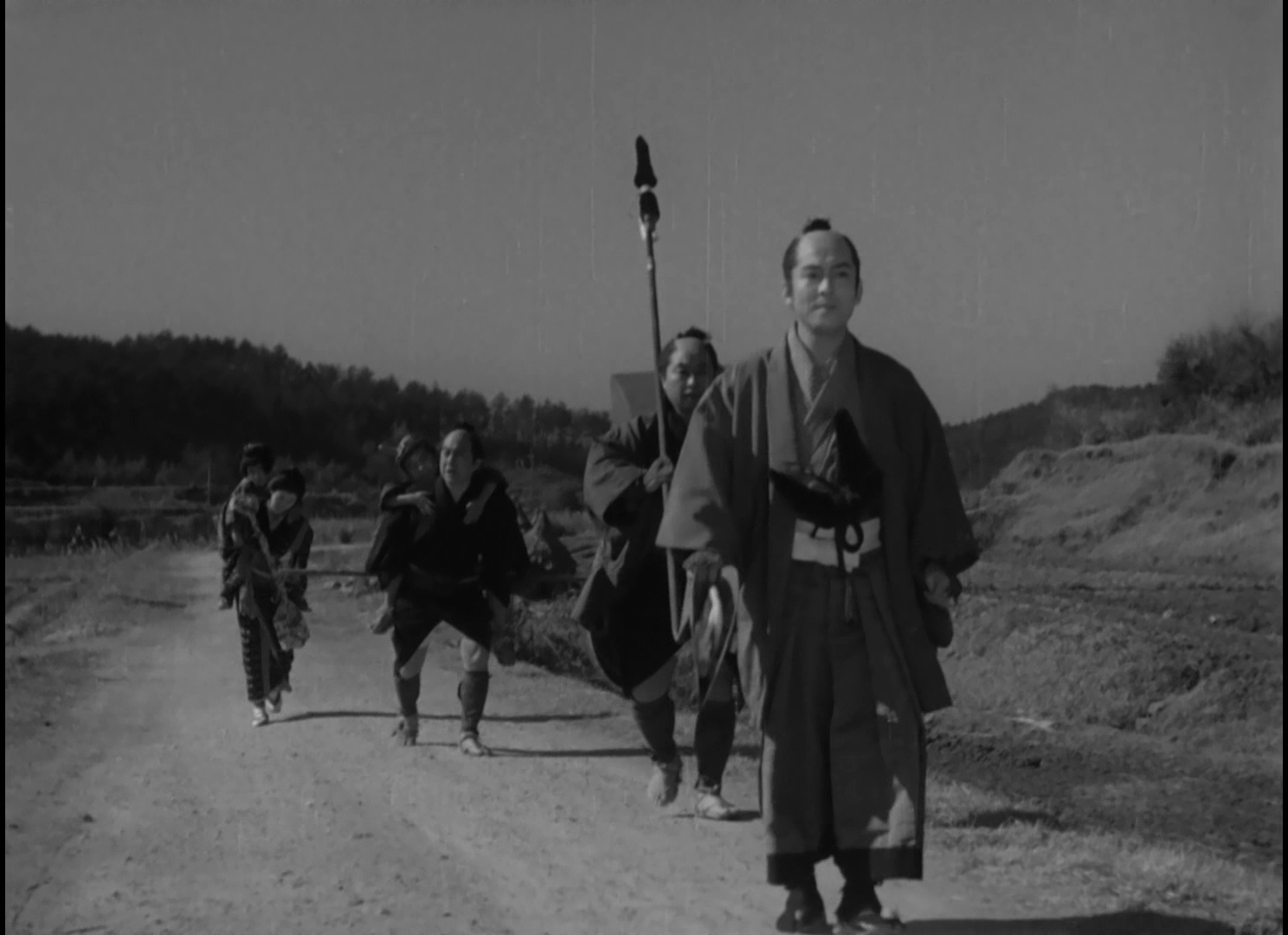 List of all topics related to the World Cup including previous seasons
Last edited by joachimt on March 22nd, 2019, 12:11 pm, edited 1 time in total.
ICM-profile
Fergenaprido: "I find your OCD to be adorable, J"
Top

Whoever wins, the final against USA sounds epic.

Chiyari Fuji is the only new watch for me during the WC semi-finals. I was close to giving Chiyari Fuji a better rating, but sadly the film felt too uneven for me with some interesting moments and other parts falling flat. I've only seen four Basil Dearden directed films and Pool of London is the one I rated lowest out of the four.
Top

The last 30 minutes of Pool of London were top-notch. Otherwise I would have voted for Japan.
ICM-profile
Fergenaprido: "I find your OCD to be adorable, J"
Top

This goes back and forth the whole time. Not even three of the same votes in a row so far.

A very tough call for me, I like them both about equally.

1. Pool of London (1951): 8.0 - This mixes some classic genres; romance, heist and suspense, very well, while also giving a sharp character-study, combining it with a realistic ambiance by setting it in the London harbor district.In the end it wins because of the bonus points for dealing so well with racial prejudices in a 50s British movie.
2. Chiyari Fuji [A Bloody Spear on Mount Fuji] (1955): 8.0 - Like many I suspected a more action heavy samurai movie based on the intriguing title. But I got a good movie that shifts very well from the comedic tones at the start to more dramatic tone at the end with social class commentary mixed in.
Top

Pool of London was great, but Chiyari Fuji was already a favorite and held its status on my third rewatch. Both great films -- thanks!
Top

I enjoyed both, loved neither, and found it very difficult to choose between the two. If I rewatched both tomorrow, I might have a different order.

There were fascinating similarities between the two, such as a focus on the lower classes and criticism of social boundaries. As an aside, does someone with a more thorough knowledge of Japanese movies than me know how common it was for jidaigeki movies to criticize the samurai system? Besides Bloody Spear, I can easily think of something like Harakiri, but I feel like movies with that sort of commentary were pretty rare.
Top

Directors like Satsuo Yamamoto and Tadashi Imai were also known for "socially conscious" samurai movies. There were other cases too.
Top

Well, the anti-feudal drama is after all one of the major subgenres of post-WW2 jidaigeki. I suggest you check out films like Fuefukigawa (1960), Bakumatsu zankoku monogatari (1964), Sword of the Beast (1965) and Samurai Rebellion (1967).
Top

How do people come up with all these thematic titles? Do you have a list for everything?

A close round for me, with two high quality films.

First time that a movie got three votes in a row.

I loved Pool of London, but it couldn't beat one of my all time favourites
Top

Indeed. Where is everybody? I expect at least 13 more votes and there's only 1.5 days left.
ICM-profile
Fergenaprido: "I find your OCD to be adorable, J"
Top

Indeed. Where is everybody? I expect at least 13 more votes and there's only 1.5 days left.

Not that I'm a regular participant, but this just totally slipped my mind. Just need to watch Japan and I'll vote.
Top

Absolutely tough to rank them. Both are really good. Not sure if I would rank the same way if I am asked after a month but currently British film edges ahead just because I felt the end at the Fuji is bit forced.
Top

21 hours left till the end of semifinals.
Top

I had a lot of fun with Fuji... solid choices both.
Top

What the hell is with voting 16 hours early? Shocker.

Saw Pool of London a few years ago, and quite liked it.

Juts finished Chiyari Fuji, and have to admit it's not for me. Embarrassingly, I got confused with the multiple characters, so some storylines took a while for me to catch on to because I couldn't figure out who was who. I think if I had a better understanding of feudal Japan I would have enjoyed this more. I also couldn't tell if this film wanted to be a heart-rending drama or a side-splitting comedy.
SpoilerShow
But the father who sold his daughter (to what I assume is a brothel) for 30 pieces, only to then slave away in a mine to buy her back... why not just work in the mine in the first place? I'm sure there's something obvious I'm missing that will show my ignorance. And the final fight seen was so laughable, I didn't feel the tension or the high stakes that the music was trying to impose upon the audience.
What affected me the most was the portrayal of the servitude of the common people to the rich. It seems outlandish from a Western and individualistic perspective, but I realize it's fairly accurate. It boils my blood to know that this mentality has persisted to the present day, and this blind obedience and trust to authority has had tragic consequences.
SpoilerShow
A girl from the student organization I was part of was raped and murdered because she was brought up to be trusting of everyone, and thus didn't have the instinct to even suspect that someone may do her wrong. It was absolutely heart-breaking once all the details came out, because (in my perhaps naive opinion) it could have been so easily avoided.
Top
Post Reply
102 posts