This is match Semi Final A of the third season of iCM Forum's Film World Cup.

This really is a shame. I was please to see when tommy sent me the message he picked Oi voskoi for this round. If I remember correctly I even suggested it to him at some point. I think it's a great movie and it's pretty high on my favorites-list, so I was absolutely sure it would get my vote. But then filmbantha sent me a message saying he selected The Pawnbroker. That one is even higher on my favs-list. I already had the schedule ready by then and I really wanted to cheat at that moment and change the matches so both of these movies could win.

Greece is not that good to be in the final. USA all the way.
he or A. or Armo or any

We're voting for films, not how we see countries in cinema in general.
Top

We're voting for films, not how we see countries in cinema in general.

Should filmbantha start considering his next pick yet?

The Pawnbroker: 5
ICM-profile
Fergenaprido: "I find your OCD to be adorable, J"
Top

I have barely any recollections of either film. Both were 5/10 when I watched them years ago :\

With so little difference in your rating, maybe you should consider watching them again, or abstain from voting since you're not fond of either of them!?
"Art is like a fire, it is born from the very thing it burns" - Jean-Luc Godard
Top

With so little difference in your rating, maybe you should consider watching them again, or abstain from voting since you're not fond of either of them!?

I always vote, so I'm not abstaining. Rewatching films I don't like simply to decide which one I prefer over the other seems like a poor use of my time. I don't remember enough to debate every single detail about the movies, but I have enough to go off on to reach a decision. I remember having negative emotions on The Pawnbroker, while Oi voskoi was more "meh" than positive or negative, so I'm voting for the film that gave me some emotional reaction. I doubt my one vote will decide this match.
Top

imdb lists Oi Voskoi as 96 minutes, while icm has 120 minutes. The copy I got from elsewhere is 116 minutes. Thoughts?
Top

No idea about 96 minutes. 116 seems to be the version to watch.
ICM-profile
Fergenaprido: "I find your OCD to be adorable, J"
Top

Glad to see I'm not the only one who loves Oi voskoi.

You're the only one to vote for it so far though.
ICM-profile
Fergenaprido: "I find your OCD to be adorable, J"
Top

You're the only one to vote for it so far though.

Yes, already made it into my all-time top 20! Thank you tommy_leazaq for choosing it!
No doubt it will receive more votes.
"Art is like a fire, it is born from the very thing it burns" - Jean-Luc Godard
Top

Papatakis really manages to transcend his subject, taking a raw sheperds feud story to the heights of pyschosocial oppression and love mythology. Bunuel would not have done better.
Lumet seems to hesitate between the Harlem crime depiction and the Holocaust Survival drama which at the end look like two very different films that stick to their own codes. I didn't find the «subliminal cutting» very effective either.

The Pawnbroker: 7
ICM-profile
Fergenaprido: "I find your OCD to be adorable, J"
Top

My first ever vote in a WC challenge!

What took you so long? It's almost over.
ICM-profile
Fergenaprido: "I find your OCD to be adorable, J"
Top

A lot of reasons, mostly boiling down to prioritizing other film goals. But when the two films are 1. by the director of my favorite movie, and 2. on a list I wanted to work on, it seemed like a no-brainer.
Top

The Pawnbroker 8 - the final movie better be better because this probably would have won as well
Oi Voskoi 6
he or A. or Armo or any

In addition to Bunuel I think there's a lot of (early 60s) Godard in Oi voskoi personally, seems like it was made partly with French money too... Fascinating movie.
Top

1. The Pawnbroker (1964): 8.5 - Very strong character study about a Holocaust survivor. I haven't seen many ones in which the survivor is such a bitter but also tragic man. Therefor making him a very human character. The way his character is given depth and history by using small and longer cuts to flashbacks deserves all the praise its getting. It really shows how memory works, giving little quick flashes by associations. Rod Steiger is phenomenal.

2. Oi voskoi (1967): 6.8 - With the beautiful cinematography it sure is a lust for eye, and so is Olga Karlatos. Even in b/w you can see she has beautiful green eyes. The movie therefor started out very promising, maybe even giving the Pawnbroker a run for its money. But the more the movie went on, the harder I found it to grasp the motivation of the characters. Not only because I find it hard to understand these 60s Greece ethics in which honor means everything, but also because they seemed to act inconsistent in the movie itself. At times I felt maybe I had this movie figured wrong and it was all meant as a parody or farce, this idea was strengthened by the surrealistic bits that creeped in near the end (like Thanos and Despina clothes changes) but therefor it wasn't funny enough for me. (Seeing people here compare it to Bunuel and such convinces me even more this is meant as a surreal parody). The end made me think this all also could be meant as an allegory for Greece in the 1960s, but to appreciate the movie like that my knowledge of recent Greece history is lacking.
Apparently Yorgos Lanthimos is a big fan of this movie.
Top

I really enjoyed Oi Voskoi, watching the lives of these strange characters unfold as the story unraveled was fascinating. It didn't quite top The Pawnbroker for me though.

Had Tommy picked O Fovos in this round instead of earlier on, it would have placed higher than The Pawnbroker, and it is still my favourite discovery of the WC this far. If Greece doesn't make it through I would love to hear what Tommy's intended pick for the final would be as his selections for Greece have been great choices.
Talking Images Podcast
Letterboxd Blogger ICheckMovies
Top

10 votes in a row for The Pawnbroker. Although I voted for it as well, I'm still sad Oi voskoi doesn't get more votes, because I love that one as well.

The Pawnbroker: 17
ICM-profile
Fergenaprido: "I find your OCD to be adorable, J"
Top 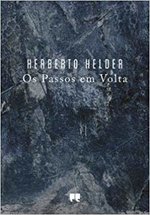 Good picks for both sides, glad to have watched them.
Top

Not my type (the last part was somewhat tedious) but I definitely prefer the Greek cast and cultural background and it has more substance than the US film. A very solid pick in any case. Lumet spends a lot of time reiterating the same idea (man tormented by his past) and some of his explanations are unconvincing (dramatic surprise after discovering the dirty source of black money). He excels however in creating the appropriate bleak atmosphere.
iCM
Top

Good selections for this match. I liked both movies and this came down to a tough decision that maybe could have ended up the other way if I were in a different mood.
Top