This is match Quarter Final C of the third season of iCM Forum's Film World Cup. 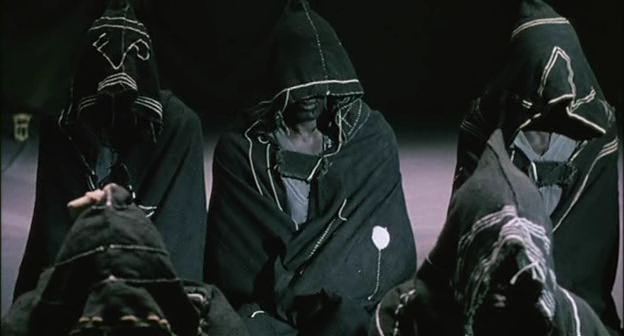 Here's a quick summary of how the tournament worksShow
We start with 48 films from 48 countries. Each country has a manager who determines which movie will be watched. In the first round the countries are divided into 12 groups of 4. From each group the countries that end up at #1 and #2 proceed to the next round. In the 2nd round the 24 remaining countries will be divided into 8 groups of 3. The managers pick a new movie. The winner of each group proceeds to the next round. The final 8 countries compete one-on-one in the quarter finals (with a new movie of course) and so on till the final.

I highly doubt any film from Burkina Faso would have a chance against Pale Flower.
Top

Films like Pale Flower shouldn't be allowed to compete.
Top

zuma wrote: ↑
January 23rd, 2019, 9:31 pm
I highly doubt any film from Burkina Faso would have a chance against Pale Flower.

There's no filter on iCM that says "films like Pale Flower", so we can't make this a rule.

zuma wrote: ↑
January 23rd, 2019, 9:31 pm
I highly doubt any film from Burkina Faso would have a chance against Pale Flower.

I meant it just for me personally because I love the film and most of the director's work.

...even though it sounds like I was referring to the match.
Top

Good selections for this match!
I had previously seen Keita! L'heritage du griot from Dani Kouyate, and I think Sia is a much better film. I was not expecting it to be competitive but was pleasantly surprised.
Top

Five votes in a row for Japan.

Close match for me -- thanks, monty and hurluberlu!
Top

Haven't seen the two films in the next match, but so far Kawaita hana is the best film of the quarter final.
Top

10 votes in a row and counting......
ICM-profile
Fergenaprido: "I find your OCD to be adorable, J"
Top

Really good choice for Burkina Faso, I liked it a good deal. But the Japanese film was just too strong.
Excellent stuff there, one of the best films of this whole WC edition for me. Nice blend of late film noir, Jap new wave and that existential angst they did around that time.
Top

Think I'll skip this round unless someone says something convincing about the BF entry (30 checks and no faves...). Pale Flower is one of my favorite films and I don't think my vote will matter anyway, so.
Top