Welcome to the ICM Forum. If you have an account but have trouble logging in, or have other questions, see THIS THREAD.
NOTE: Board emails should be working again. Information on forum upgrade and style issues. Podcast: Talking Images (Episode 22 released November 17th * EXCLUSIVE * We Are Mentioned in a Book!!! Interview with Mary Guillermin on Rapture, JG & More) Polls: 1970s (Results), 1950 (Jun 24th), Japan (Jun 30th), Essential Cinema (Jul 11th)
Challenges: Italy, Queer Cinema, Film From Each Year
Film of the Week: Roar, July nominations (Jun 25th)

O Fovos is my first new favourite from this WC season so thanks to Tommy for an excellent choice.

1. Sjecas li se Dolly Bell? - Fell in love with this movie. The Mexican ranchera songs really clashed but in a good way

All 4 movies in this round were really good
Top

First Greece surged into the lead with 3 votes in a row, but now Mexico should be back on top with 5 in a row!
he or A. or Armo or any

That is so cool. Thanks, Mario!
Top

Thanks Mario! I didn't know such a thing existed. When I recognized the melody, I did a bit of research and supposedly the director included songs like this in a few of his movies. It still is a bit weird seeing/hearing this, especially because culturally we're super far apart.

It was just as exciting hearing Ana Gabriel in the Aborigine Samson & Delilah. I didn't know our culture had much of a reach outside of the US and in food stuff.
Top

I saved O fovos as the last film to watch and the ending sequence shot it from a 8 to 9/10.

36 would have ranked #1 or #2 in almost any other round for me but O fovos and Macario are just too strong.
Top

We've tied
he or A. or Armo or any

*sorry, my computer keeps messing up the symbols - which I don't understand, because I simply copied them from another post, but whatever
Last edited by Gershwin on July 4th, 2018, 8:41 pm, edited 1 time in total.
RokP 250

Due to the world cup and nice weather and being at a festival for some days, I barely managed to watch the films in time (again). Glad I made it though, as the round was quite good again. So cheers to all the managers for their good selections. I liked all of them and the ranking was close.

1. O fovos 7.5/10 - Tense, but a bit too blunt at times.
2. 36 7/10 - Just a little bit too miminalist to get the top spot.
3. Macario 7/10 - I can't say I was too big a fan of the ending, else this might have won this round for me.
3. Dolly Bell 7/10 - Nice coming of age stuff.
I've seen things you people wouldn't believe. Attack ships on fire off the shoulder of Orion. I watched C-beams glitter in the dark near the Tannhäuser Gate. All those moments will be lost in time, like tears in rain. Time to die.
Top

1. O fovos - 7.8 - best of the match, and one of the best of the round so far. Saw it a few months back due to Arthur's push. One of the rare times our tastes agree

2. Macario - 7.5ish - Pretty decent, but definitely benefiting from a relatively weak round. Also, the lead actor just got invited to join AMPAS at age 93.
3. Sjećaš li se, Dolly Bell? - 6.5ish - odd brand of humour, not really my style. My first Kusturica (and his); are all of his films like this?
4. 36 - 6ish - I can appreciate the technique (the still shots and the fact that you never saw Oom's face) and what the director was trying to do (but only after I read about the film), but it did nothing for me. Couldn't care about the main character or her situation.

This was pretty much Forman (unsurprisingly, he studied at FAMU), but later he shifted to Fellini vibe and sometimes even Jeunet (Underground).

His kind of humour isn't my thing either. My favourite Bosnian film might be A Little Bit of Soul by Ademir Kenović. It's funnier and sadder than Dolly Bell, so don't miss it.
Last edited by Mario Gaborović on July 5th, 2018, 12:08 am, edited 1 time in total.
Top

Was going to marathon all 4 films before the deadline but haven't felt too well today. Not going to happen at this point. At least the match is decided with or without my participation.
Top

thanks for the copy-paste Gershwin
Top

Mine is exactly the reverse of funkybusiness's vote...

This is one of my all time favourite films. Unfortunately no other hidden gems. Maybe the forum will like Singapore Sling

Greece and Mexico advance. Congratulations to tommy_leazaq and Daviddoes. Also thanks to Cynical Cinephile and Lonewolf2003 for their picks and to the 37 people who voted this match. 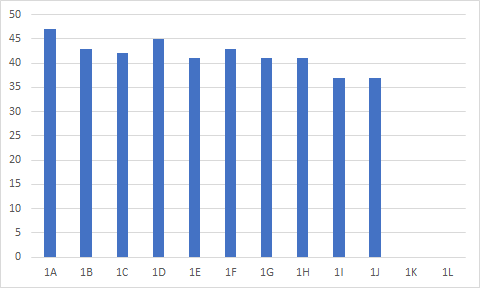 Oh no, I missed voting in my own round. I thought I had several more days.
Top

Well it couldn't have made the difference even if you put the two 3pts apart
he or A. or Armo or any

I couldn't find the time to watch the films in a round I recommended, but it seems like it was a tough competition. I'll make sure to eventually watch O fovos and Macario.
The truth is you're Donny, and I'm Walter. But I'm tryin', Ringo, I'm tryin' real hard to be The Dude.

All 4 movies in this round were really good

Well, I'm glad I introduced you to it.

I recommend you to check out more from Kusturica if you haven't. When Father Was Away on Business is the closest to it in terms of style, but Time of the Gypsies is by far my favorite of his.
The truth is you're Donny, and I'm Walter. But I'm tryin', Ringo, I'm tryin' real hard to be The Dude.