This is match Final of the second season of iCM Forum's Film World Cup.


Voting Rules:
- You must watch both films before you vote.
- To vote, rank the films from most favorite to least favorite. (note: you're ranking the individual films, not the countries)

The winner of the match is the film with the most #1-votes. Of there's a tie at the deadline, there'll be a three day extension.
iCM-list of all movies in this World Cup
ICM-profile
Fergenaprido: "I find your OCD to be adorable, J"
Top

Me too
ICM-profile
Fergenaprido: "I find your OCD to be adorable, J"
Top

Both really great films. Special Day has more depth, but Lonesome just a bit more of a personal favourite.
Top

First time in the world cup where I've seen both films already.
Top 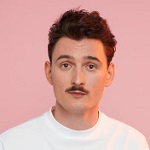 Lonesome: 8 - 4
ICM-profile
Fergenaprido: "I find your OCD to be adorable, J"
Top

2. a special day (wasn't all that special) i did like the look of the film - fascist brownshirt successfully deglamorizing loren. and mastroianni is enjoyable as ever
Last edited by RBG on February 25th, 2017, 11:58 pm, edited 1 time in total.
icm + ltbxd

Sofia filmed Fortunate Pilgrim in my hometown in 1988. The coulisses that played buildings were just 50m airline from my window.
Top

Lonesome: 11 - 6
ICM-profile
Fergenaprido: "I find your OCD to be adorable, J"
Top

Not a bad way to start the day: waking up and seeing Sophia Loren through your window.
iCM
Top

The sound parts of Lonesome are horrible. I got the feelng that the producer who had the greeeat idea of including those scenes also wrote the dialogues himself.
Current recommendation: Monday (2000)

Lonesome was already on our fav-movies list and A Special Day wasn't. I wonder if this match will change that.
ICM-profile
Fergenaprido: "I find your OCD to be adorable, J"
Top

The Italians may start celebrating all through the next week.
Me, yet to see any of the two.
he or A. or Armo or any

Do we actually have any Italian members?
Top

I only recall Onshy who's not around that much. Other than that, maybe there's somebody from among the IMDb refugees
he or A. or Armo or any

1. Una giornata particolare (1977): 8.8 - I have to congratulate sortile9io, every movie he picked for Italy was a complete hit for me; I favorited them all. Italy really deserves to win this cup for me. This was one was no exception, although I already had seen this one twice and it was already a favorite, it's again an excellent movie from Italy and excellent choice by sortile9io.

. Another example that a simple movie about love can be good. But the sound part really fell out of tone with the rest of the picture, and also some of the other innovative stuff like the imposed colors distracted more than added to it for me.
Last edited by Lonewolf2003 on February 26th, 2017, 5:35 pm, edited 1 time in total.
Top

Not a bad way to start the day: waking up and seeing Sophia Loren through your window.

Too bad I was quite small back then and still asexual.

Also 7 years ago Ralph Fiennes was 50m from me (though from the other side, where my balcony is) but I find no charisma within him.
Top

Once they discover the forum it's gonna be impossible to beat Italy in the WC 'cause tons of good films paired with that hypothetical invasion of theirs.
Last edited by Mario Gaborović on February 26th, 2017, 11:55 pm, edited 1 time in total.
Top

Okay, I have seen both films before, but I initially wanted to rewatch them before the deadline.
But I have too much stuff coming up IRL, so I don't really want to invest time in those rewatches.
Both are really good films, but I overall prefer the touching simplicity of Lonesome, that tells a simple story to near perfection. The Italian entry is swell too, with the two central performances being the highlight for me.

1. Lonesome 8/10
2. Giornata 7.5/10
Last edited by metaller on February 27th, 2017, 2:58 pm, edited 1 time in total.
I've seen things you people wouldn't believe. Attack ships on fire off the shoulder of Orion. I watched C-beams glitter in the dark near the Tannhäuser Gate. All those moments will be lost in time, like tears in rain. Time to die.
Top

My enthusiastic reaction when I watched 'Lonesome' five years ago at a Silent Film Festival: "I saw Fejös exceptionally beautiful and poignant film ‘Lonesome’ on a pristine 35mm print from the George Eastman House. I was riveted by the juxtapositions of the first images, the actors' interplay (especially Glenn Tryon's body language), and, for me at least, the wonderfully surprising and touching final shot. Another aspect I quiet liked (although I may be alone in this) were the few talking scenes which I found rather charming in their primitive awkwardness, especially the first one on the beach, it reminded me of the same simplicity of Rohmer's "beach/summer films"." I love Scola's too, having the opportunity to watch it a couple of times during theatrical revivals (it’s a perennial favorite in this city, like many Scolas are), featuring remarkable “against-type” performances from the two stars.
Top

Which city is that?
Top