This is match SFB of iCM Forum's Managers Cup.

Very close these two fine pieces of current world/art!!! I really like Green, but am glad I can vote for my own nomination with a clear conscience

Could’ve gone either way. Not a fan unfortunately.
My iCM
Top

I had already seen Le pont des Arts. Leones had an interesting concept, but the execution didn't work for me. I think I tend to dislike moody films shot by a camera that is always moving.
Top

1. Leones - is there a full plot summary what was happening?
2. Le pont des Arts

This is a shame. Match A had two great movies. But now I'm voting for a movie I rated 5/10. I don't think I ever voted for such a low rating.

I was lost in Leones. I had to read the plot summary on IMDb afterwards to get the point. I didn't get that at all by watching. Almost as boring as Gus van Sant's Gerry, but at least intriguing here and there and the tracking shots of the wood looked nice now and then.

What a picture (insert Al Pacino gif here). Starts off as a satirical comedy about the French art world - I cannot emphasize enough how funny some of the performances are, Podalydès especially but generally the way the actors over-enunciate* adds to the surreal mood of it all and there's a certain meanness and pessimism about this particular environment that I found pretty ballsy - American films are always making fun of executives but French filmmakers tend to shy away from biting the hand that feeds them. It then morphs into something more earnest and somehow that works - it undoubtedly helps that I like Monteverdi a lot, but I think Natacha Régnier anchors that part of the film and brings the soulfulness that Green is going for here. That he manages to juggle that level of surrealist, Bunuelian comedy with these moments of profound beauty is quite impressive. Great use of the eponymous bridge too, and of other iconic landmarks of this particular area of Paris.

* not quite over-enunciating but I'd have to get more technical to explain, basically everyone is speaking as if they were reading poems, but incorrectly.

By the time this mysterious, metaphysical film finally showed its hand, I was too disengaged with it to really care. Those shots look nice, but their monotonousness (is that a word?) does not feel like it brings much value - I suppose Lopez does manage to get this feeling of an otherworldly experience which fits with what she's doing here, but I guess I never got a strong enough sense of the characters to really care.

1. Le Pont des Arts 7/10
Le pont des Arts takes us on a leisurely journey through Paris in the seventies as it follows a despondent philosophy student who finds no joy in his studies and a talented singer who is constantly berated by her musical tutor. Although their paths never cross, the student becomes besotted with the singer after hearing her music and this has a profound effect on his life. The baroque music in this film is absolutely fantastic and quite calming in an unusual way, acting as the perfect counterpoint to the intense philosophical musings of students and highfalutin conversations between those in high society who are working on their latest musical production.

For a film littered with obscure cultural references, Le Pont des Arts still maintains a sense of accessibility due to its rich humorous streak that sends up pompous intellectuals. An overarching theme of tragedy strengthens the union of the dual narratives, adding resonance to the film's poignant second half and showcasing the considered approach of Director Eugene Green, whose distinct style is perfectly suited to the subject matter at hand. This is a film that may not be for everyone, and I doubt that I have uncovered all of its meaning and symbolism on first viewing, though it offers a rewarding experience for those who are willing to step into its splendour and are not opposed to exploring its deeper subtext.

2. Leones 5/10
I made the mistake of glancing at the IMDB synopsis for Leones prior to watching the film and what I saw spoiled the film's mystery. Having said that, I doubt I would have deciphered the film's meaning just by watching it, as it proved to be quite a cryptic and obtuse puzzle. Long tracking shots through a forest follow a group of young people as they wander aimlessly and chat away about nothing in particular in this moody art-house piece that becomes monotonous pretty early on. There is some nice camerawork that weaves through the forest and the sense of mystery and foreboding is strong though the narrative is drip-fed to the audience in such a laboured way that it becomes easy to lose interest. Knowing beforehand what the film was about did not deprive me of any enjoyment in working out the Director's intentions as Leones lacks any excitement or urgency, instead it takes a ponderous approach to the subject matter; an approach that requires patience from the viewer even though its muted payoff fails to deliver the goods.

Thanks to both managers for their picks!
Talking Images Podcast
Letterboxd Blogger ICheckMovies
Top

Both of these seemed more "interesting" than involving or entertaining or anything else at first; both certainly have distinct styles and points of view but I wasn't really caring about either one until sometime in; happily both ended up better than expected, and they were a good contrast, with the constantly moving Steadicam in the lonely forest in Leones giving a radically different feel than the mostly fixed-camera urban world of Le pont de arts.

1. Le pont des arts - VERY GOOD
2. Leones - GOOD
Nice couple of films; if I didn't like either nearly as much as the last two, I will say that both gave me something to think about, and that's always a good thing.
Top

Your vote is invalid (the countdown was over)
"Art is like a fire, it is born from the very thing it burns" - Jean-Luc Godard
Top

Your vote is invalid (the countdown was over)

oh I got the date wrong

Sorry for the mistake on the date. The 9th was the deadline. Since I made a mistake in the header and it doesn't effect the final result, I'll count edward's vote. 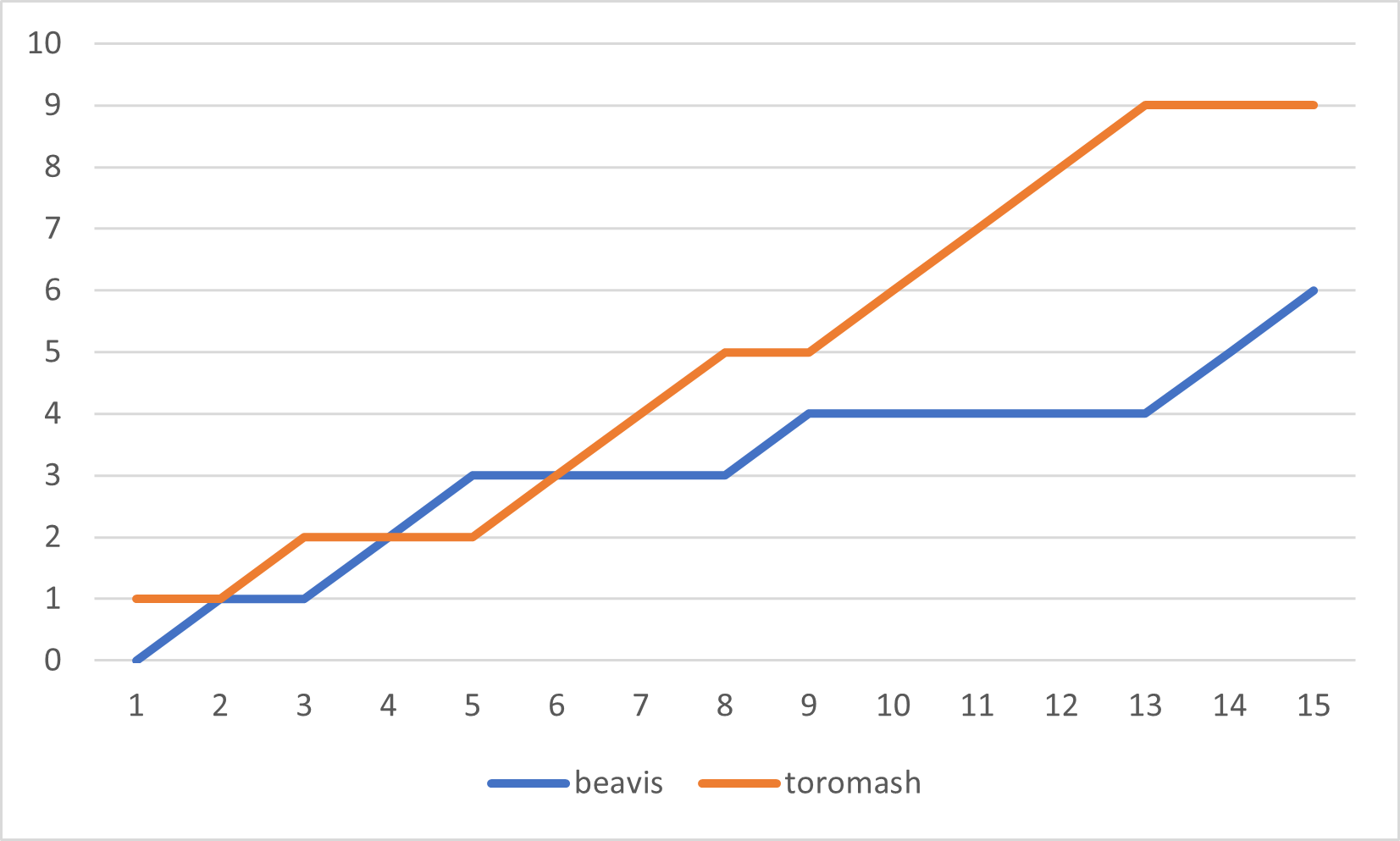 Funny to see how many were lost in the plot of Leones. It's a pretty established horror cliché and the moment it becomes clear these people are somewhat lost in this world, I immediately understood the rough outline of the film.

I would call it dissapointing instead of funny... but i don't want to get too negative. Glad at least a few people gave it a try and that there were even some likes for it from that.
Top
Post Reply
23 posts • Page 1 of 1