This is match SFA of iCM Forum's Managers Cup.

Both strong movies, I just resonated with The Roof much more (and it is a fresher watch), especially now, since me and my gf are looking to buy a place of our own. Felt every emotion the characters went through.
Top

Both a bit old school in the story telling department (being obvious morality plays), but the Visit having a stronger story being the clear winner. Overall they are pretty equal with nice actors and no complaints on the technical side of things. These have been languishing on my to see list for a very long time now, so thanks for the managers for selecting them and helping me crossing them off, they were fun movies (sadly no great new discoveries for me).
Top

soy rewatchedo
he or A. or Armo or any

Absolutely no shame in losing this match since everybody who has seen my pick so far liked it a lot; sacmersault just happened to choose a film that everyone regards as a masterpiece, so no matter what I would have pegged against it, it would have lost. I just hope that someone from this round adds The Visit to their 500<400 ballot. It was only one vote away from making the cut last time, and I nominated it in the hope of getting it extra exposure.

De Sica doing what he does best: emotionally manipulative (mostly in a good way) stories that explore the harsh realities of postwar Italy. Everything he does is, in some ways, obvious, like the framing of the new buildings constantly in the background or the constant mentions of money, really driving home the gradual drip-drip of every single penny when you don't have much of it, but hey, it all works, and it leads to a great ending, just as glorious as it is tragic.

Basically a live-action cartoon, except it also attempts to be a pretty earnest metaphor for... a number of things, including but not limited to the corrupting power of money, the patriarchy and fascism. It's just hard to make all of that work when Ingrid Bergman is out there hamming it up as hard as she can and no character behaves like an actual human being at any point - Wicki simply refuses to ever pick a lane, and the result is a gorgeously shot mess with a very fun Bergman performance in the middle of a very earnest morality tale. 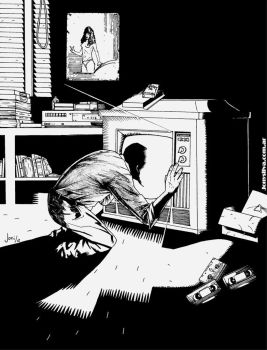 The Visit: 2
ICM-profile
Fergenaprido: "I find your OCD to be adorable, J"
Top

Let's make both of these movies an official check on the next 500<400 update.

The Visit is catching up. 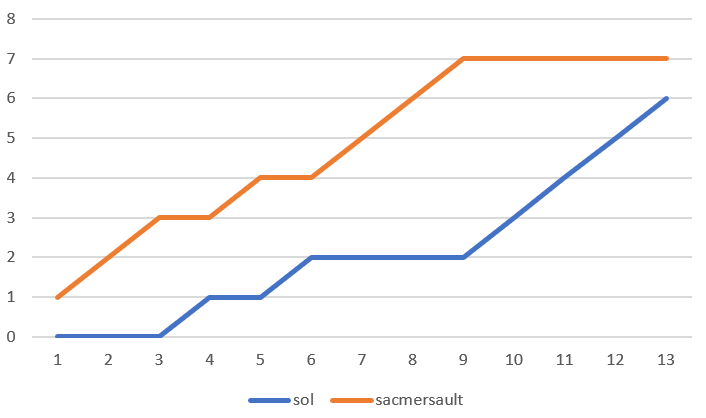 Wow did this end up being a great match-up. The films seemed particularly well-matched to me - one a rather misanthropic view of what wealth and power can do to a person and to a community, and the other a humanist portrait of what poverty results in, and how it can (sometimes) bring people together. Both beautifully shot b/w with excellent performances, and representing a Europe still struggling in the decades after the war. If I choose the film I choose it's probably because it enthralled me from the beginning, whereas I felt a little unsure of my feelings for the second until the last act.

1. The Visit - EXCELLENT
2. Il tetto - EXCELLENT
Thanks so much sol and sacmersault! Two great viewings - and both will almost certainly be on my 500<400 list this year.
Top

Two films that didn't work for me I'm afraid, I'm giving an edge to The Visit for what it manages to made me feel.
Top

Thanks so much sol and sacmersault! Two great viewings - and both will almost certainly be on my 500<400 list this year.

Even though I lost I feel like I won between your very positive take and zzzorf's equally enthusiastic take on my nominated film.

Match over. That was a very close finish!! 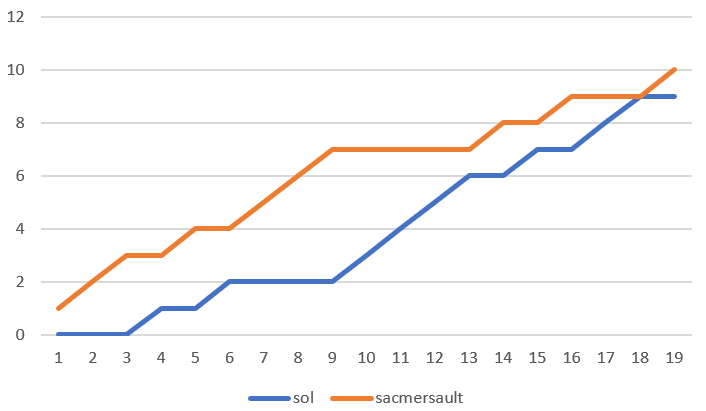 sacmersault wins and goes to the final.
ICM-profile
Fergenaprido: "I find your OCD to be adorable, J"
Top

Can you guys remind me what are going to be the rules for the final?
I know that we cannot repeat Directors and cannot use previously used films in any cup. But...

How many checks?
The regions' thing is still on?
Can it be on any list or not?
Any others?
Top

sacmersault wrote: ↑February 1st, 2022, 4:05 am Can you guys remind me what are going to be the rules for the final?
I know that we cannot repeat Directors and cannot use previously used films in any cup. But...

How many checks?
The regions' thing is still on?
Can it be on any list or not?
Any others?

The only other rule would be the checks, we just never decided upon <100 or <50
zzzorf's Maintained Lists
My 500<400 List
My Top Directors (Stat correlated)
My Favourite Movie from Every Country
My Favourite Movie of Every Language
Best Foreign Language Film Academy Award submissions Ranked
Australian Movies Ranked
Top
Post Reply
26 posts • Page 1 of 1