This is match QFD of iCM Forum's Managers Cup.

I liked Olmi's film but Diabel is the best in the competition so far.
Top

An excellent Zulawski film, it's been a while since I've seen it but there are lots of memorable scenes that stick out in my mind. The impressive camerawork and frenzied performances make this historical odyssey come to life in an unsettling and arresting way.

I watched this earlier in the year due to its inclusion on the DtC list. Hauer's performance is mostly good but the story meandered a little too much with a handful of sequences that could have been shortened or removed entirely with little impact on the overall narrative.

Thanks to both managers for their picks.
Talking Images Podcast
Letterboxd Blogger ICheckMovies
Top

See how the pairings improve when you start manually selecting them to match
he or A. or Armo or any

I must stop the bleeding now:

I can understand the appeal of Diabel, it has its moments of genius but it's ridiculous more often than it's brilliant. The acting is very cringeworthy, especially from women characters (e.g. Malgorzata Braunek when she fakes madness, WTF??). And the 70's prog rock soundtrack doesn't help taking the film seriously, it seems more like a hippy trip than anything else.
"Art is like a fire, it is born from the very thing it burns" - Jean-Luc Godard
Top

Also, there's not much time left, where is everybody? Only 14 replies so far.
Top

Also, there's not much time left, where is everybody? Only 14 replies so far.

I will probably have to excuse myself. I did manage to see La leggenda del santo bevitore, but haven't gotten around to Diabel.

1/ there's been a sudden downpour of other interesting films to see, so I'm pretty swamped in stuff to watch right now.
2/ the films chosen here aren't really my cup of tea, not even the kind I rate low but am still happy to have seen, so it's getting progressively harder to sit down and watch them.

Also, there's not much time left, where is everybody? Only 14 replies so far.

I've watched Diabel and had plans to watch La leggenda del santo bevitore this weekend, but life got in the way. I think I should be able to see it tomorrow and vote.
Letterboxd

I actually watched both of these days ago but forgot to chime in here.

I can't say that either of these films really worked for me.

Diabel has the better visuals, but the Olmi film is better acted... by far.

Whatever the case, both are Official Checks that I would not have prioritised otherwise, so thanks to both managers for enticing me to check them out.
|iCM | IMDb | Letterboxd | Gold Derby

First, interesting juxtaposition here - both films that are, on the surface, about the possibilities of "redemption" in some way - and both films about "demons" that get in the way of such a path. Second, interesting choices for me personally as each film is the third I've seen from it's director, and seeing them confirms to me that Olmi is one of the greats - likely deserving a spot on my best directors list, though I am now going to try to see more before next year's poll, and that Zulawski is interesting enough to keep seeing more from, but remains a problematic figure for me - I can't say that I really find much kinship with his worldview or style, though I admire it in some respects and certainly find it original. 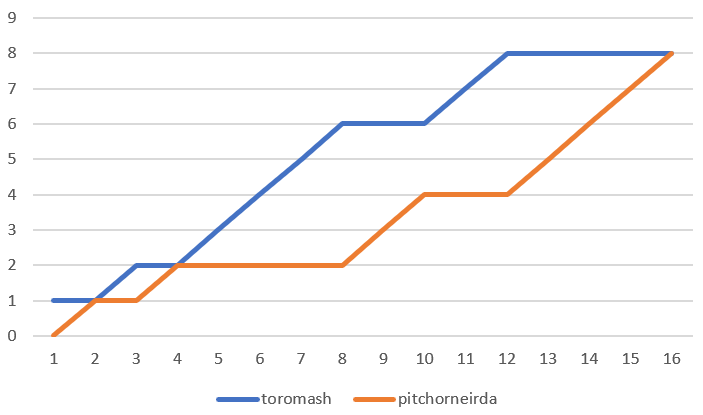 Unbalanced and occasionally suggestive narration in both films.
Top

Score went from 8-4 to 8-9. Very surprising comeback for leggenda.
I'm off and won't be back till at least 6 hours after the deadline.
ICM-profile
Fergenaprido: "I find your OCD to be adorable, J"
Top

Didn't like Diabel that much but still interesting and ambitious in some ways. The bladder infection I had a couple of months ago was less painful than Leggenda urghhhh
"I do not always know what I want, but I do know what I don't want." - Stanley Kubrick

Ouch, that was harsh!! Pitch finally got the lead for the first time in the match half a day before the deadline and then..... BAM...... LOSER! 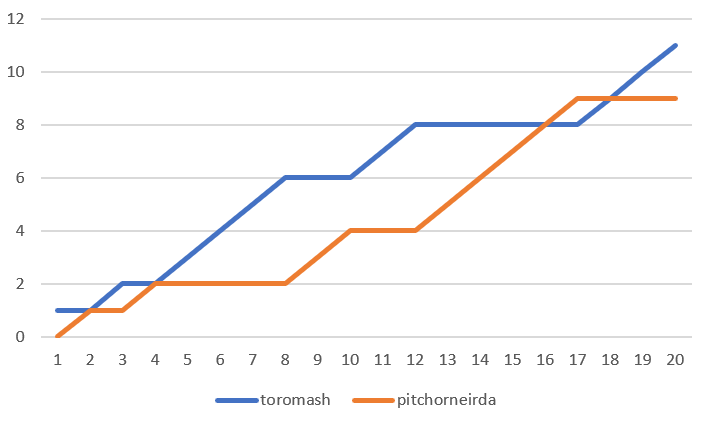 I plan to start the semifinals on the 16th. Only need sol's pick. Once I got that, I'll post the schedule.
ICM-profile
Fergenaprido: "I find your OCD to be adorable, J"
Top

Some other stats to end the QF's.

The last match we had two new voters:
DudeLanez
cayado-coro

That makes it 29 voters of which 14 people voted in every match so far.


Yeah that really hurt!
But congratuiations to Toromash, and I'm glad OldAle1 liked it so much, this wasn't in vain

"Art is like a fire, it is born from the very thing it burns" - Jean-Luc Godard
Top


Yeah that really hurt!
But congratuiations to Toromash, and I'm glad OldAle1 liked it so much, this wasn't in vain

I'd have watched it someday anyway as I love the other two Olmi films I've seen and I really like Rutger Hauer, but yeah it was nice to see a new strong favorite in this cup.
Top
Post Reply
32 posts • Page 1 of 1