This is match QFA of iCM Forum's Managers Cup.

The plot for Kichiku was overall plausible but too many dialogues, situations,... were silly and caricatural especially in the first half. Sorry filmbantha but it's my first real dislike in this cup.
"Art is like a fire, it is born from the very thing it burns" - Jean-Luc Godard
Top

The plot for Kichiku was overall plausible but too many dialogues, situations,... were silly and caricatural especially in the first half. Sorry filmbantha but it's my first real dislike in this cup.

That's too bad but can't be helped! Kichiku made a big impression on me and was my first 8/10 in some time when I watched it a few weeks back, so I'm keeping my fingers crossed that it might find a few fans during this match. My first round pick, Rocks in My Pocket, also had a handful of strong detractors but some people loved it so hopefully this match has a number of positive responses along with the negative.

It's a real tough challenge trying to find a film that would be universally loved by the diverse tastes of this forum. That's why I opted for something that I felt deserved more exposure and had not been seen by the majority of people who voted in the first round.

I could have been the first responder to this thread but I didn't want to take 72aicm's crown!

1. Kichiku 8/10 - I have a huge soft spot for bleak and depressing cinema and Kichiku ticked all of my boxes.
2. La Muralla Verde 6/10 - This didn't really live up to its exciting synopsis when I watched it a year or so ago. From what I recall there were too many flashbacks to the protagonist's time in the city and not enough time spent in the jungle. Its a competent film but one that didn't draw me in on an emotional level.

01. 2.5* - Kichiku
Not the most subtle of films. It's pretty fascinating to see how Japanese dramas went from screamy characters and loud, overt sentiment to near-silent protagonists and stilted, subdued emotions, and that in less than 30 years. The Demon is a pretty oldskool drama, not really what I fell in love with. When Sokichi breaks off the relationship with his mistress, she leaves her children behind with him and his wrathful wife. Sokichi's wife reluctantly accepts the situation, but doesn't treat the children well and keeps badgering Sokichi to find a solution. Sokichi is loyal to his wife, but he doesn't want to do wrong to his children either. The core drama isn't all that bad really, but the performances are very overstated, the music is not quite fitting, and the film can be a bit too obvious. Ken Ogata's character is the only one with a little depth, but the core dilemma and the turnaround of his characters feel too scripted. There's potential here, but the execution just isn't on point.


02. 1.0* - La Muralla Verde
One of the first Peruvian full-length feature films. With a little push from Ebert it became a minor arthouse cult hit, just not big enough to receive a digital release. The film could really use a proper restoration, though I don't think that would've made much of a difference in the end. In part based on the life of the director, a man takes his wife and young kid out of the city and joins a government program to cultivate some land in the jungle. He builds a home for his family and leaves his old life behind. His son grows up never having seen the city, building a self-imagined replica in their garden. I didn't care much for the characters, nor the presentation of the film. The narrative is pretty loose and unannounced flashbacks add to the poetic nature, but the cinematography is horrendous, and the soundtrack is amateurish. The good old contrast between urban vs rural life also didn't do much for me, so it ended up being a pretty big drag to sit through 110 minutes of this.

and near guaranteed my vote in the process

seen both, rewatched Kichiku, will maybe part-rewatch the other as well
he or A. or Armo or any

clear winner here for me

Saw the second one many years ago and don't remember it so hard to compare. Kichiku was ok but the kids were really annoying and I would've liked a bit more complexity in the characters.
"I do not always know what I want, but I do know what I don't want." - Stanley Kubrick 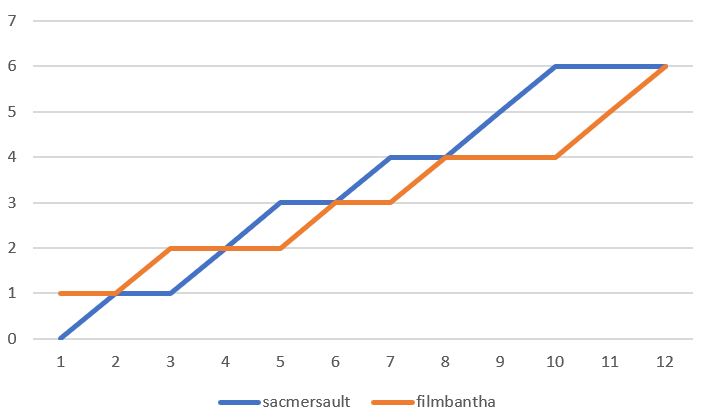 I almost considered not voting as the films are very close in my estimation:

In fact, The Green Wall could quite possibly have triumphed if it was available in decent or better condition - especially as it was the film that wow-ed me the most. The early camera work inside the family's jungle home was genuinely inspired - amplifying the sexual tension between the parents and the innocence of the child on the other side of the curtain. I can't remember seeing a camera seemingly roll itself like this with a few extreme experimental examples of very different aims/qualities, like Leviathan - it felt so intimate and intricate at the same time. Unfortunately, the film fell quite flat after the great introduction, bogged down by endless flashbacks that only detracted from the experience to the point that there was very little left. The president's visit was very well shot and acted as well, but the mirrored drama felt far too empty - and the juxtaposition in itself did not really bring much to the table either.

Kichiku looked quite glorious in contrast, but it felt like it did not live up to its potential. The filmmaking was just not cold enough and/or warm enough to really deliver the punch as a father contemplates abandoning or even murdering his children. I think I understand why - i.e. we want to see the good in the father and be unsure what he wants to do - but he is never properly developed and the film is not stylized enough to go for bleak/dark comedy - at least the kind I like. The result is a perfectly good enough drama with some memorable moments, but with a lot of wasted potential.
Top

Like Gloede, I thought the films were very close - though I liked both more than he, or most here apparently, did - I guess I'm about where joachim is. But the very endings of both films made the difference for sure - both involving young children and tragedy, but the second feeling more "Hollywood" and forced to me, and that gave the lead to the first fairly definitively.

I just came across this "Sneak Previews" episode from 1980 where Siskel & Ebert discuss the film, and 5 others, as forgotten or underseen films that they'd show if they ran a theater. The others are 2 Claude Lelouch films, Toute une vie (1974) and La bonne année (1973), The Conversation (1973), The Killing of a Chinese Bookie (1976) and Real Life (1978). It's interesting to see how 41 years later one of those films has become a very established classic, one is perhaps a half-step down, and the others, including this one, are still somewhat obscure, at least to people who aren't serious cinephiles. It's also interesting that Roger and Gene could devote half of a show to foreign-language films in 1980, something that's hard to imagine today on regular ol' terrestrial tv, if there was any film criticism there to begin with.
2. Kichicku GOOD
Nice picks guys, off to a good start this round IMO.
Top

Thanks to both managers for their picks.

When filmbantha recommends a film called The Demon, you generally go in expecting an out-there horror movie, which this wasn't. Once I got over this, the film proved a pretty decent ride. The middle third of the movie was by far and away the best part for me with some thriller-like turns and nifty suspense sequences. I wasn't so big on the first and final third of the movie but I can easily see what Tom likes about it. It's definitely a film that benefits from being entered into knowing as little about it beforehand.

No Stars in the Jungle was one of the DTC nominees this year that I helped promote to the Official List, so I was excited and interested in seeing another jungle film from the director, especially since it sounded a lot like The Mosquito Coast, which is one of my all-time faves. The non-jungle flashbacks were my least favourite aspect of No Stars though and there were even more of these in The Green Wall. I guess watched with different expectations, I might have liked the film more, but I didn't totally hate it or anything.

The voting pattern in this match is insane. Only once the difference was more than one vote.

Wow all tied up here on the last day! Will there be another, tie-breaking vote before time's up? The suspense is EPIC!
Top

Countdown timer is in the OP. I'm probably not online anymore until a few hours after the deadline, but you can all count......
If there's still a tie at the deadline, a three day extension starts.
ICM-profile
Fergenaprido: "I find your OCD to be adorable, J"
Top

The Demon is a good choice, but The Green Wall is a masterpiece.
Top

Last vote by Angel was the final decision. Deadline over. Sacmersault wins. 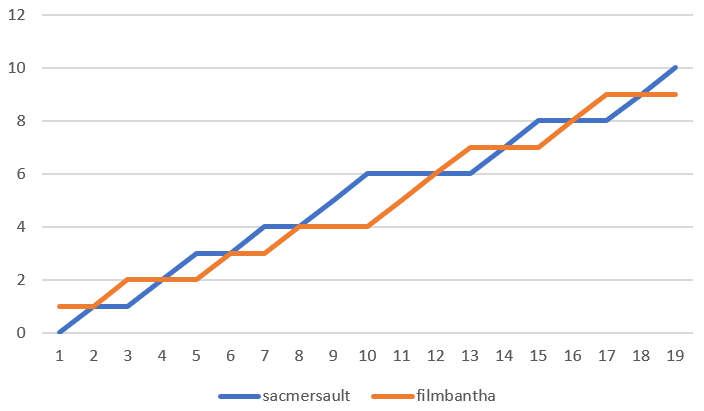 What a weird round.
"I do not always know what I want, but I do know what I don't want." - Stanley Kubrick