There are few decades in modern history that are so synonymous with a cultural movement as the 1960s, even if that cultural moment generally referred to as the "the Sixties" started in the middle of the decade. Maybe only the Roaring 20s come close. In film history also a lot happened in the 60s, not at least of all the various New Waves movements. Although the decline of the Hollywood studio system set in, the highest-grossing film of the decade still was The Sound of Music. Now it's time to decide again what our favorite movies of this decade are.

DEALINE = 30 OCTOBER 2020
Since the previous list is a top 250, this one is going to be as well. Half-life will be set as well for this reason. (Unless there are very good reasons to depart from this).
Scoring for ranked lists: Half-life = 50
Scoring for unranked lists: Every film on your list receives the same number of points (the average of what they would have received if your list was ranked).

Some help:
60s movies you rated on imdb
60s movies on a imdb list (replace XXXX with the list id)

Please check if your list is stated, ordered and linked correctly. And is set to public. For iCM lists you can also set it to "Friends" and befriend me. 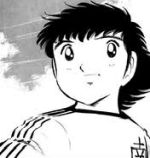 Read through the first results-theme (which was very interesting) and just want to notice: Letter never sent is still 1960, not 1959!

@beasterne: One of the best TZ episodes ever 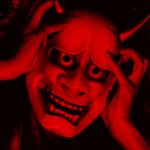 My favorite decade, too.

Ranked, but not fine-tuned yet:

https://www.imdb.com/list/ls076241748/
We do not have to understand new things, but by dint of patience, effort and method to come to understand with our whole self the truths which are evident.

It's RANKED. Not very thoroughly but you can assume that I love number 1 much more than number 60.
Top

Here is my ranked list (will be fully completed by the deadline but as of writing is only half done) as per my Flickchart.

Again I made a top 128, the number of players at the start of the French Open.

I seem to remember this decade used to be called the Gay Sixties, but that would now have a different meaning.
Top

Hello, PA. Looks like you linked your 80s list, and this poll is for the 60s.
Top

Fixed, thanks. Still needs a lot of updating.
Top

Damn, I didn't notice this thread until today. I'm so avid about '60s film that it may be futile to make a list. Maybe I should limit it to just the super-super-great films.
Top

Ebbywebby wrote: ↑
October 12th, 2020, 2:42 am
Damn, I didn't notice this thread until today. I'm so avid about '60s film that it may be futile to make a list. Maybe I should limit it to just the super-super-great films.

You still have almost 3 weeks to make a list.
Top

1-10 ranked, the rest is in chronological order.

Letter Never Sent is 1959 on RYM, but noticed looking at joachimt's list it is listed as 1960 on IMDb. Glad I don't missed voting for that cinematic masterpiece!
Top 250 | RYM | Letterboxd