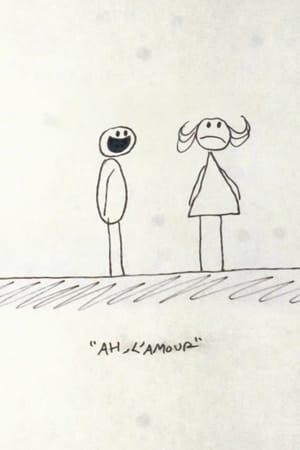 In this time of social distancing and increasing polorizations, we all can use a little more love. So it's time to chose our favorite Romance movies.

There are no set rules for which movies are admissible and which are not. But this poll is for Romance movies, so I implore everyone to only include movie in which Romance is (one of) the major theme(s). And not one of those countless movies that have an obligatory romantic subplot to please (a part of) the target audience. (But hey if you think that the love story between Harry Potter and Cho Chang in Harry Potter and the Order of the Phoenix belongs in the list, I won't stop you.) So if you feel a movie fits the genre (and is good enough of course to include in your list) than you can include it. When in doubt about a movie I'm sure there are users who can help you. But I will keep the right to remove movies from the final list or to disqualify whole lists after consultation with others here, when people stretch the definition too much.

Some help:
Romance movies you rated on IMDb

Ranked, though it probably needs some work.
Top

https://www.icheckmovies.com/lists/best ... onderhond/ (all ranked)
Extracted from y own top 625, though cleaned up a couple of films which I felt didn't really fit the genre description.

My tip: Zoe by Drake Doremus
Because I'm pretty surprised Doremus doesn't seem to be very known around here. Maybe a little too modern for some, but the man is clearly talented and has made some good films throughout they past decade. My short review: Romance and sci-fi are rarely a good combination, but Drake Doremus is clearly gifted and he succeeds where many have failed before. Zoe is above all a wonderful romantic drama, but with some thoughtful sci-fi themes embedded and presented with the proper flair. Both smart and touching, a rarity indeed.

Ranked, but I'll be shuffling things around a lot before the deadline.
Top

I'm debating what to do with my list here. Do I either ...
1) Include my favorite movies in which romance is a major theme, regardless of whether the romance theme is why the movie is a favorite
or
2) Include only movies which are a favorite because of the romance theme

Here's an example: I love Groundhog Day, but I don't love it because of the romantic relationship in the plot. I love it because it's a great scenario and very witty and Bill Murray is in peak form.

I say option 2 as well. Quality over quantity.

I personally decided to structure my list simply as the most romantic films ever, to the point of excluding romance films I think are amazing but just not very romantic (for example Ryan's Daughter and Christopher Jones' wooden-ass performance). Granted this is not necessarily what was asked for ("Favorite romance movies").

Yeah I'm probably going to go mostly option 2. Groundhog Day would be iffy in that context, but it's also not like it needs more attention; I'm more willing to be lenient on the "is it primarily a romance?" question if it's a less-known film.
Top

I would also go for option 2. I always make genre lists, based on how much I favorite it because of the genre aspect.
Top

https://www.imdb.com/list/ls085072711/
We do not have to understand new things, but by dint of patience, effort and method to come to understand with our whole self the truths which are evident.

I'm curious if anyone wants to answer, if they structured their list the way I did, what would they put as the most romantic films of all time? (as opposed to "Best/Favorite Romance") Just off the top of your heads (and "romantic" however you want to define it--happy, bittersweet, tragic, disturbing, you do you).
Peter...is your social worker in that horse?
Top

I really like Perception's list here, it pushes me to think more critically of what romance is in films.

Personally I am really struggling with films such as the third film in the Before trilogy, Scenes from a Marriage and Amour. Although I have "sad" romances in my list right now, for these three films and others I feel more moved and connected to the human tragedy rather than to the "romance", if that makes sense. Or perhaps I just need to see a bit more happy lovey dovey stuff within the film before we delve deep into the sad parts for the label of "romance movies" to fit, for me.

A start, I guess, will definitely have to think more:
https://www.icheckmovies.com/lists/roma ... /lilarcor/

I'm sad to see that Brideshead Revisited has dropped off the TV miniseries list, it used to be high up on it! Also sad that the easily accesible version of The Student Prince in Old Heidelberg out there has such potato quality. Ramon Novarro's and Norma Shearer's electric and joyful chemistry in that film needs to be seen in the highest quality possible!
Top


I love that you put Mahanagar first.

Just started putting this together today, so I’ll work on it and add some more titles before the deadline.
I’m to remember every man I've seen fall into a plate of spaghetti???

What the World Needs Now
Top

Not if you're the user 3rd, heh. I'm sure his "Romance" list would be...interesting, lol.
I’m to remember every man I've seen fall into a plate of spaghetti???

Had much fun adding the 10/10 and 9/9 votes, with the 8/10 it became a bit cumbersome, I also looked more closely, if romance the reason I loved the movie, because I didn't remember a lot of them. I had a brief overlook over the 7/10 and added about three or four of them.

I have to say I love this genre.
Top

I've never had to sleep on the couch, but if my girlfriend asked me to find a good romance flick and I'd put on Amour I'm sure it would be the first time

I've never had to sleep on the couch, but if my girlfriend asked me to find a good romance flick and I'd put on Amour I'm sure it would be the first time

For entirely different reasons, I also never want to watch Amour with my wife, but it's one of the most profound love stories out there, IMHO.
Top

I really struggled with this one. I decided to only include movies I thought were great primarily because of the romance they depicted. So I ended up leaving out movies I really love like Groundhog Day and His Girl Friday and many, many others because I thought their appeal was most related to non-romantic elements.
Top

maxwelldeux wrote: ↑
August 10th, 2020, 12:05 am
For entirely different reasons, I also never want to watch Amour with my wife, but it's one of the most profound love stories out there, IMHO.

Definitely a film about love and relationships, but I wouldn't say it has a lot to do with romance.

maxwelldeux wrote: ↑
August 10th, 2020, 12:05 am
For entirely different reasons, I also never want to watch Amour with my wife, but it's one of the most profound love stories out there, IMHO.

Definitely a film about love and relationships, but I wouldn't say it has a lot to do with romance.

I suppose if your definition of romance is two attractive twenty or thirty-somethings making love and then trying to figure out how to make it all work, then no, Amour is not that.

I think for some of us older folk though, romance evolves into something much deeper and Amour nails that interpretation.
Top

I don't think it's an age thing, rather the lighter, happier, exciting part of love. Amour isn't that. 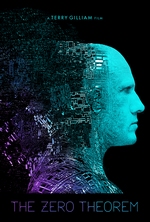 Like a few people, here, I'm struggling with how to define "romance movies."

When I consider the word "romance," and a related word, "romantic" in terms of movies, they initially conjure up films about "falling in love," or at least developing "romantic feelings" about someone else, maybe even movies about the "romantic phase" of a relationship.

But if I limited my list to these kinds of films, there would probably be very few (a bunch of musicals, and romantic comedies, etc.) before they began to seem redundant. That's because any story limited to this ends up being very limited, and intimate relationships get a whole lot more interesting once they include other aspects and phases of that relationship, many of which aren't "romantic" at all. In fact, one could argue that every romance comes to an end at some point, even in movies, and how can these really be "favorite romances?" There are a lot of very different, interesting movies about "intimate relationships," but I probably wouldn't call very many "favorite romances."

Up until now, while making my list, I have been thinking about my favorite films about love (a much broader concept), as well as those films which are romantic to me, which probably include any musicals or or romantic comedies (I like plenty of them, but I don't really consider them romantic) because they don't include enough of what "romance" means to me. They're too focused on turning romance into something entertaining you can laugh at, sing a song to and dance about, and not enough about the real feelings or issues involved.

Still not really sure where to set the parameters of my own list. Perception de Ambiguity has a long interesting list that seems to include some of everything I have described above, and I suppose that is another way I could go.
Last edited by cinewest on August 11th, 2020, 5:31 pm, edited 1 time in total.
Top

Just consider it a courtesy to genre fans to not include a bunch of films that are tangible related to the subject just so you can push a bunch of films you like? Not that most others will, it's the main reason most genre lists are rather useless.

Just consider it a courtesy to genre fans to not include a bunch of films that are tangible related to the subject just so you can push a bunch of films you like? Not that most others will, it's the main reason most genre lists are rather useless.

As of right now, my list is more about the "nature of Love" than purely "Romance," which seems too limiting, and you can bet that Amour is on my list, for the very reasons lineuphere gives in the post above.
Top

Too limiting for who? For you?

I speak for myself. Who do you speak for? If it makes you feel any better, almost every film on your list that I've seen is on my list, and those that aren't came close.
Last edited by cinewest on August 11th, 2020, 5:36 pm, edited 1 time in total.
Top
Post Reply
98 posts