Welcome to the ICM Forum. If you have an account but have trouble logging in, or have other questions, see THIS THREAD.
NOTE: Board emails should be working again. Information on forum upgrade and style issues. Podcast: Talking Images (Episode 22 released November 17th * EXCLUSIVE * We Are Mentioned in a Book!!! Interview with Mary Guillermin on Rapture, JG & More) Polls: TV-series (Results), Directors (Jan 2nd), 1980 (Jan 24th), <50 checks (Jan 31st)
Challenges: 1000<400, Sci-Fi/Fantasy, Central American/Andean
Film of the Week: Les croix de bois, February nominations (Jan 29th)

This is match 2F of the fourth season of iCM Forum's Film World Cup.

Mossafer would have been a better choice IMO. As a matter of fact, I thought as early as the beginning of this tournament that you're gonna use it, but alas! not even now.
Top

Mossafer would have been a better choice IMO. As a matter of fact, I thought as early as the beginning of this tournament that you're gonna use it, but alas! not even now.

It seems like more people have seen Mossafer, and it's already on the 500<400 list, which is one of my aims. There's other Kiarostami films I'd probably choose over it.
Top

Unexpected early blowout lead.
he or A. or Armo or any

Great choice for (East) Germany. A favorite of mine.
Top

1. Spur der Steine
2. Davandeh
ICM
January Challenge: None
But at the bottom, the immanent philosopher sees in the entire universe only the deepest longing for absolute annihilation, and it is as if he clearly hears the call that permeates all spheres of heaven: Redemption! Redemption! Death to our life! and the comforting answer: you will all find annihilation and be redeemed!
Top

Both are okay films. Sup der Steine is over two hours long and definitely dragged on in certain scenes which made it seem even longer, so I'll rank it last.
Top

Davandeh 7+
SDS 5+ - couldnt get into it. really surprised it's getting high marks
he or A. or Armo or any

I thought Spur der Steine was too long to keep me fully interested.
ICM-profile
Fergenaprido: "I find your OCD to be adorable, J"
Top

I thought I was going to be an outlier but it appears more folks that I expected agree with me.
Top

I really wanted to like both, but ended up being meh about both:

I rate on an enjoyment level and unfortunately I just didn't really enjoy the movie at all. That's why this system of lists works better than having my outlying ranking messing things up.
Top

And 365 dni is masterpiece?

Spur der Steine is classic, too classic but really great performance by Manfred Krug (Hannes Balla). I also prefer the subtle and cynical depiction of the human behaviours in the German movie over the more naive plot of Davandeh; not really a fan of Amir Naderi so far.
"Art is like a fire, it is born from the very thing it burns" - Jean-Luc Godard
Top

No not a masterpiece, I just enjoyed it. I struggle discerning the art of cinema, a lot of time things like cinematography, sound editing and all those things don't really register. So most of the time I rate due to enjoyment so my ratings are to be taken with a grain of salt, you just have to look at my favourite movies list to see that I have weird tastes. I always say if I find someone with similar tastes to me I would be very worried for them, lol.
Top

After that shocking start, the gap went down to 3 and gave Iran hope, but since then it's been stable and at this point getting 4 more votes to equalize seems unlikely.
he or A. or Armo or any

We normally get at least 26 votes, so still at least 5 votes to go. Would be hard for Iran to get back.
ICM-profile
Fergenaprido: "I find your OCD to be adorable, J"
Top

I'm really suprised by the lukewarm response to Davandeh. I like both films but Davandeh has lingered in my mind to the extent that I'm planning on rewatching it soon as I don't think I fully appreciated it on first viewing. There aren't many films that I consider rewatching so soon after their first viewing but I think it is likely that my rating will rise from a 7 to an 8 as I was quite tired the first time I watched it.

Thanks to both managers for their picks, it's a good consolation to being knocked out by Iran in the first round knowing that I got to watch a film from the country that may potentially be a new favourite of mine upon rewatch!
Talking Images Podcast
Letterboxd Blogger ICheckMovies
Top

Possibly my favourite match of the season so far. I'll write more in a bit, but wanted to get my vote in before the deadline.

The Runner was great. I don't think a single child-led Iranian film has let me down yet (except maybe that little stranger one.. Bashu?). The lead was so determined that he carried the film all on his own, I was enthralled watching him and rooting for him to succeed (and I was able to overlook the fact that his hair kept changing length

). The only bad part was the two scenes with the European sailor. I really liked the way it was shot as well, especially some of those running scenes and at the end. I wish the description had been a bit more accurate; it's less about him deciding to go to school, and more about him just trying to survive. Pity he didn't make more films (it seems that most Iranian child actors don't), but there's a short doc from 2016 about him that I want to see now.

Trace of Stones was a bit rough at the start; I thought it was going to be some macho macho man film, but it turned out much more nuanced than that. While it was long, I didn't find it boring (and there are 5 minutes extra in the version on kanopy than the one I have, though I suspect it might be frame rate... though I will still check to see if a scene was cut). This is one of the few films I'ver ever seen that I've been tempted to rewatch again right after finishing. It was complex, with the characters growing and changing, and I don't think I caught everything the first time around, especially with all the flashbacks. I'm amazed this was made and released, considering how harsh it is at time against communism and the Party (yes, I'm aware it was pulled from theatres pretty swiftly). I'm curious about the meaning of the title, though.

I almost skipped this match, but now I'm so glad I didn't. Thanks to both managers for their amazing picks.
Last edited by Fergenaprido on July 27th, 2020, 10:29 am, edited 2 times in total.
Top


Match is over. Germany wins.

Congratulations to klaus78. Also thanks to Nathan Treadway for his pick and the 25 people who voted this match. 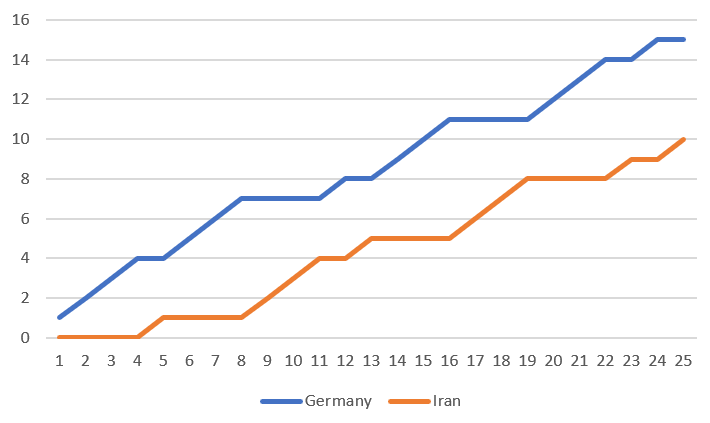 25 is the lowest participation in the season. We also had only 25 in 1E. 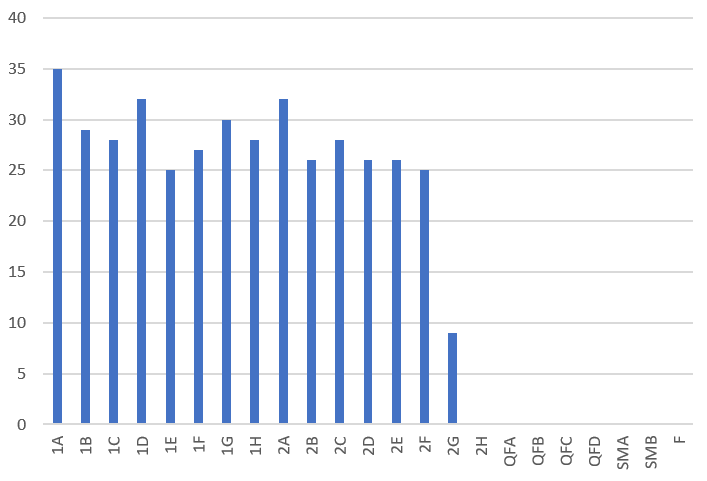 I had my eye on the clock. I had about 5 minutes left in the German film.
Top

I had my eye on the clock. I had about 5 minutes left in the German film.

Careful not to get disqualified. JT is OCD about these things