Welcome to the ICM Forum. If you have an account but have trouble logging in, or have other questions, see THIS THREAD.
NOTE: Board emails should be working again. Information on forum upgrade and style issues. Podcast: Talking Images (Episode 36 released September 16th: The Minimalist World of Robert Bresson)
Polls: 2020 (Results), 21st Century (Results), 500<400 (Sept 24th), 1967 (Sept 29th)
Challenges: Eastern Europe, Silent Era, Low Rating
Managers Cup: Round 1 Schedule, 1B: russa03 vs zzzorf vs OldAle1 (Sep 26th)

isn't consistent with the list in the source provided: https://www.timeout.com/film/the-101-be ... -ever-made

However after a quick check, It seems to be the exact same 101 movies but in a slightly different order.
"Art is like a fire, it is born from the very thing it burns" - Jean-Luc Godard
Top

isn't consistent with the list in the source provided: https://www.timeout.com/film/the-101-be ... -ever-made

However after a quick check, It seems to be the exact same 101 movies but in a slightly different order.

Timeout messed up the order when converting the list from pagination by 100-91, 90-81 etc, to a single list. The top 10 groups are each in reverse order.
Example in the text

You could argue that BFI's Americindies are more about the Independent film as a genre and less about the country .. maybe. And maybe the mods feel that the AFI (or those lists) aren't that Institute-worthy, while all from the BFI are. Hm.
Good that we can settle at least two of those cases when the genre tab soon will be realized

I believe it's more about the subject matter of the lists than the sources. "Institute" is a terrible tab name as it is, IMO, and will likely be deprecated. But the AFI lists are exclusively for American films, and the BFI Top 100 British Films are exclusively for British films, so they both make sense in the Country tab, while the Independent and Horror lists from BFI are more about the genre than the country/ies. But yes, a "Genre" tab would remedy that. All in due time.

Institute tab is my favourite tab.

If it changes I will have to click around to find what I want. So many seconds wasted.
Top

I've never used the tabs once. I just scroll down to the list I'm trying to find.

Ctrl-F for me. Never use the tabs as well.
ICM-profile
Fergenaprido: "I find your OCD to be adorable, J"
Top

This movie had to be imported to be added to the BO List. This list is getting more and more "obscure".
ICM-profile
Fergenaprido: "I find your OCD to be adorable, J"
Top

This movie had to be imported to be added to the BO List. This list is getting more and more "obscure".

It just shows how the now-massive Chinese box office has no dependence whatsoever on anyone from outside the country - and it can have films hit the list after just a week or two of release, just like America. Well, more than America the past couple of years - and probably in the future even if we manage to leave the pandemic behind.

In a way it's kind of reminiscent of all the Indian films that pop into the IMDb top 250, without anybody outside of India at all having any awareness of them. Kind of refreshing to me actually, even if I'm not terribly interested in either the current-day Bollywood or Chinese blockbusters - though I should watch at least a few more of each before getting too down on them.
Top

For reference, Andrew Lau is the guy who directed Infernal Affairs. His Young and Dangerous series is also extremely iconic, but not so much to the Western world. Historically though, a pivotal series for an industry that was down on its knees.

That said, the quality of his output took a serious dive after he switched Hong Kong for China.

Onderhond wrote: ↑July 27th, 2021, 5:49 pm For reference, Andrew Lau is the guy who directed Infernal Affairs. His Young and Dangerous series is also extremely iconic, but not so much to the Western world. Historically though, a pivotal series for an industry that was down on its knees.

That said, the quality of his output took a serious dive after he switched Hong Kong for China.

Also, he's not be confused with Andy Lau, the Hong Kong actor who's a year younger than Andrew. And who turns 60 in two months and is still smokin' hot. :drool:

erde wrote: ↑July 21st, 2021, 4:53 pm I remember that there was also talk about ICM genre and decade lists (most favorite) some time ago - could those replace the IMDb lists? It sounds like an interesting idea to me.

It's an idea that hangs around, and I don't think anyone particularly opposes it, but there's not much impetus to make it happen.

I oppose it (and did so before I think). There's already too much navel gazing going on. 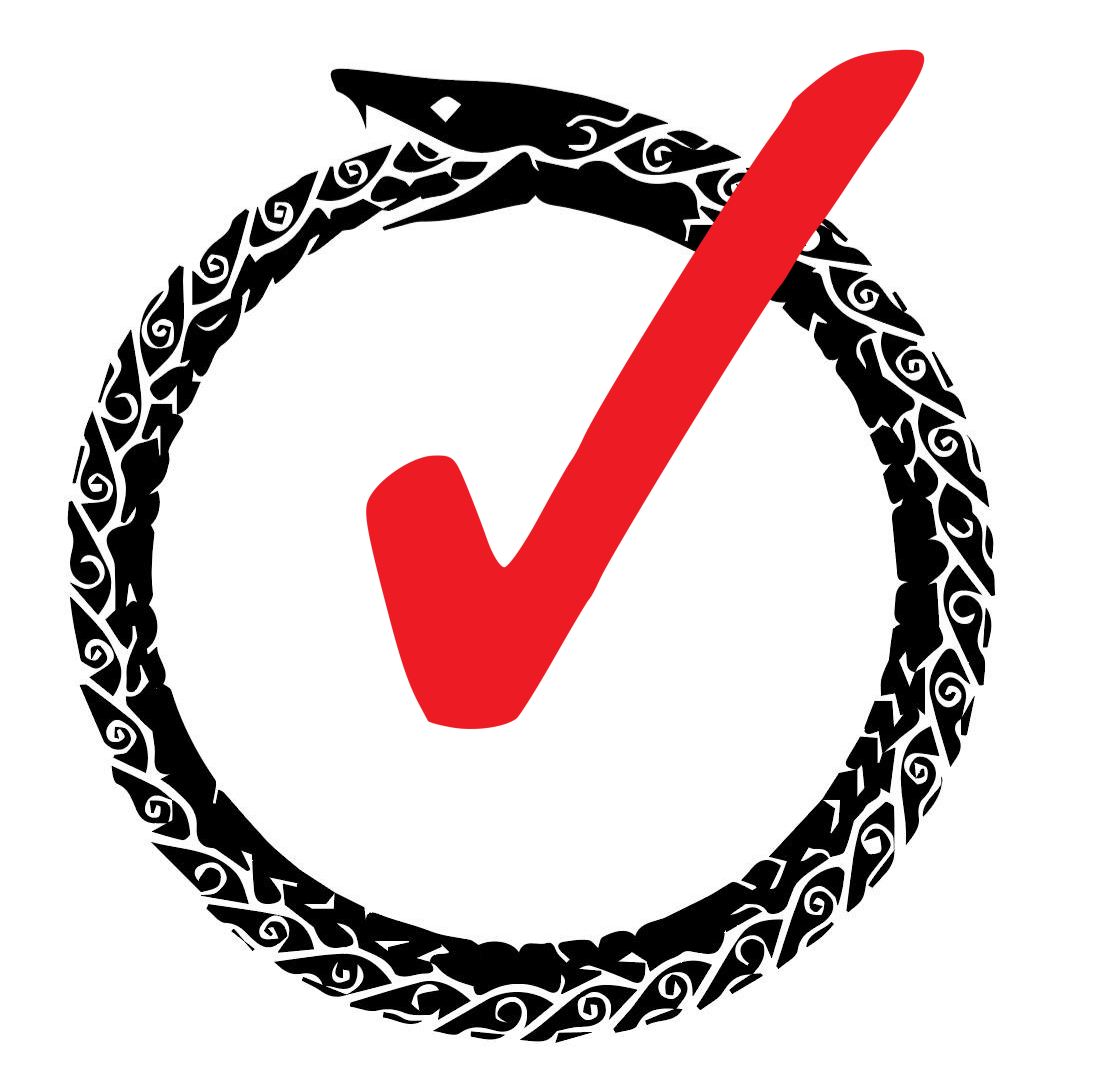 This movie had to be imported to be added to the BO List. This list is getting more and more "obscure".

Looking forward to it, even though The Captain wasn't very good.

OMG, one of the single greatest motion pictures of all time losing official status!?! Say it isn't so! Oh, the horror, the pain, the shear grief. It's too much for me to stand.

Save that for the day that Shaun the Sheep becomes unofficial.

Save that for the day that Shaun the Sheep becomes unofficial.

I added it to ICM.

I added it to ICM.

Fergenaprido wrote: ↑April 27th, 2021, 5:57 am In other Top 250 news...
... The Father debuted at #150 two weeks ago and is slowly climbing. It's the only 2020 BP Oscar nom in the list... I wonder where it will end up.
... Tarkovsky's Offret failed to make the cut after crossing the threshold, and now Nostalgia is 1000 votes away as well. Both are rated 8.1, so I suspect Nostalgia will also miss the list.
... Ratsasan is also falling quickly, and will be out in a week or two at the most.
... Soul should follow it out of the list within a month or two I think, though it's decline has slowed down. Not sure if it's Oscar wins will help it or hinder it (Trivia: all four of Pete Docter's films are currently in the Top 250).
... Anand is still dropping: it debuted at #60 almost a year ago, but will probably be out by the end of 2021. Rang De Basanti will probably exit by then too.
... Of the other "recent" entries, Portrait of a Lady on Fire is desperately trying to stall falling off the list, but it may not make it past the summer; Rififi is right behind (ahead?) of it, though may have some staying power since it used to be in the list years ago; Time of the Gypsies probably won't last either, but it may be too soon to tell; To Be or Not to Be and Höstsonaten both appear to have stabilized somewhat, especially the former, so they're probably around for the long haul (or at least another year or two).
... Indian crime drama Article 15 might enter the list in a month or two; it's at 8.2 with 24,486 votes. If it does enter, I predict it won't last for long.
... Z will almost certainly be the next film to enter the list (barring a new release being a smash hit); an 8.3 rating with 24,326 votes, it'll probably re-enter the list somewhere around #150, like what The Father did with it's similar rating. It was in the list briefly a few times in 2006-2007.
... After that, Pather Panchali and Dersu Uzala are both within 850 votes of the threshold, which they should hit some time in mid-autumn I believe. Both should enter the list fairly high, if they maintain their current 8.6 and 8.3 ratings, respectively. Pather has (surprisingly) never been in the list, and Dersu was in for 2 days in 2005.
... And lastly, Drishyam 2 (sequel to the original Malayalam film) is rapidly approaching the threshold, with an 8.7 rating from 22,929 votes right now. If it makes the list, and the original Malayalam film and Hindi remake both hang on to their spots in the 240-250 range, then we'll have 3 Drishyams in the list soon.

So for those concerned about achieving/maintaining their plats for this list, those are my recommendations on what to focus on/avoid. Everything else approaching the threshold is either not rated highly enough, or is too slow/far away that it won't cross it for another year or more. And nothing else currently on the list is steadily dropping, aside from the same 3-7 films that keep rotating in and out of the list.

Z, Dersu Uzala, and Nostalgia all passed the 25,000 vote threshold in the past few weeks (the latter two just today), and I'm rather surprised that none of them entered the Top 250 list.

Of the other films I mentioned above...
The Father is still there and settled around #110 for now.
Ratsasan fell out as predicted, but then came back after imdb made another change in their algorithm. It's now poised to fall out again, but may be one of those that keep popping in and out.
Soul has departed from the list, seemingly permanently.
Anand and Rang De Basanti exited sooner than expected, because of that earlier change.
Portrait and Gypsies are gone, Rififi is holding on, and To Be or Not to Be and Höstsonaten both appear safe around the #200 & #210 marks (respectively) for another year or so.
Article 15 crossed the threshold and did not make the list.
Drishyam 2 came in, left, and returned, and is now bouncing in and out, along with Drishyam (2013). Both are out right now, but are likely to come back again. Drishyam (2015) appears gone for good.

A bunch of older films popped back in after the change, including Sunrise and Fanny & Alexander. Not sure how long they'll last. Beyond that, the only possibilities to newly join the list are Wolfwalkers (8.1 rating and 500 votes away), or new releases.

I love these reports! Thanks for taking your time.

4th documentary to win the award, apparently. It's one of the lists where many users struggle to gain a #1000 (or #500) rank without actively "working" on it

Yep, probably has something to do with only three Amanda winners being on another Official List. I only had four checks on the list myself - now 5 - though I'd only cautiously recommend the documentary. Interesting subject but too staged/rehearsed for my liking.
|iCM | IMDb | Letterboxd | Gold Derby

Nice. Check this one out folks!
My iCM
Top

Whenever I see BO, I think body odor.
I guess for many that's also pretty appropriate re: the list we're talking about.

(Saved as a minor edit)

All of them new official checks, except Rusty Knife, a Japan noir which already was part of the Eclipse series.
Top

All of them new official checks, except Rusty Knife, a Japan noir which already was part of the Eclipse series.

Thanks. Made the update nice and easy.

The three American true noirs were all in the old TSPDT noir list, so they're returning to officialdom. Bad Boys is thus the only brand new official one (unless it was on another list I'm unaware of).

This time a non-Chinese new entry in the BO list.
https://www.icheckmovies.com/movies/free+guy/
ICM-profile
Fergenaprido: "I find your OCD to be adorable, J"
Top

I expected that movie to be a (relative) box office bomb, to be honest. But maybe that’s only because I personally think it looks really shitty.
I’m to remember every man I've seen fall into a plate of spaghetti???