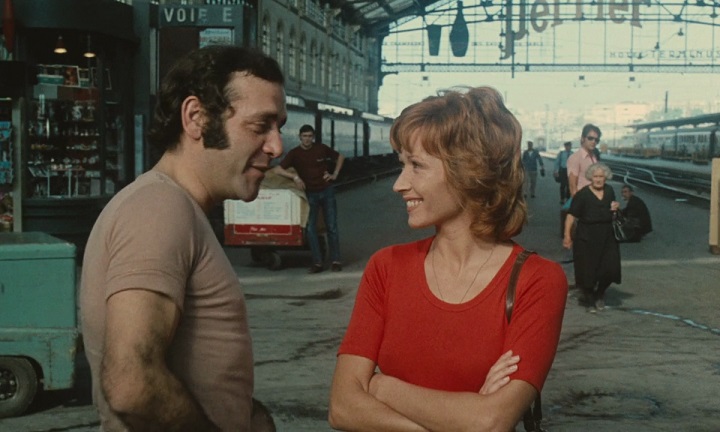 Summary:
A husband and wife in a loveless marriage struggle to remain ignorant to their failed relationship.

This movie fits the current They Shoot Pictures, Don't They? (+21st Century) Challenge.

Watched it last year. Thought is was quite dull. 5/10
ICM-profile
Fergenaprido: "I find your OCD to be adorable, J"
Top

Happened to have watched this recently. Thought it was fantastic, as I've come to expect from Pialat:

Woo, the king of the quotidian on the Criterion Channel! Had me at "Distribue par Les Films Corona." Pialat infuses his searing but tender portrait of the end of a relationship with such raw humanity that potentially trivial material comes to life with the force of classical tragedy. The camera is fluid but unostentatious, the lighting mercurial (bathed in the interplay of understated blue, white, black, and red hues), and while shots linger the rhythm feels brisk and relentless (few other directors seem to have as intuitive a sense of where and when to begin and end a shot). Not to mention the incisive, often vicious dialogue, dry humor, and meticulous characterizations of damaged everyday people. My favorite director working today, by a wide margin, is Hong Sang Soo, and in dissecting the origins of his approach, people often cite Antonioni or Rohmer, but Pialat seems like a closer spiritual successor; I'm thrilled to have started exploring his work in the last few years. As an aside, the age gap here is similar to that of my girlfriend and me with the genders reversed, which added an interesting layer for me -- some of the exchanges ("one isn't happy with you; you create anxiety") hit pretty close to home, heh heh.

Why do relationships gone sour take so long to end? Pialat explores this incredibly painful time with fascinating accuracy. The man (Jean Yanne) has turned angry and apologetic, an abusive control-freak one moment and a sad puppy the next. The woman (Marlène Jobert) finds his behavior less forgivable, but slowly over time. She’s at the stage where she can say she doesn’t love him, but can’t walk completely away because there were some good times once. A large chunk of the film focuses on the couple’s interactions, cutting out the moments of outside advice between encounters, which makes their scenes more intense. Really skillfully handled, though upsetting to watch in places for obvious reasons. (So glad I’m married.)
Top

I love this film. Maybe my favorite Pialat.
Top

What joachimt said. It was a good production but boring and distressing result. I gave it a 5.5/10.
Top

I thought the movie was alright. I watched this a few months ago when a bunch of Maurice Pialat films were added to the Criterion Channel. I still have five more of his films left to watch out of those on the Criterion Channel, but out of the four films of his I have seen I can say that this is not his worst film and it is not his best film.
Top
Post Reply
7 posts • Page 1 of 1