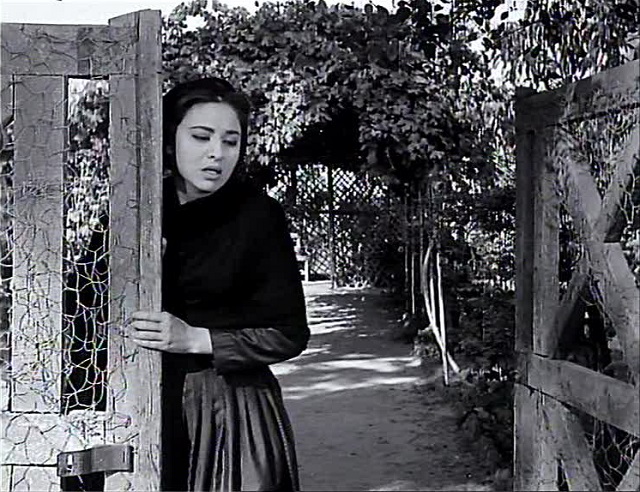 Summary:
This compelling tale of love and betrayal, set in the upper Egyptian countryside, follows the story of Amna as she plots her revenge on the engineer who destroyed her family's honor.

Watched it in January and loved it. The tragic story, the acting, the music - Everything's great about this one.
Top

Thanks for the link Armoreska.

Since then, this film as stuck in my mind more than its rating would suggest, and I would like to revisit it one day, though maybe not right now. Maybe I'll pick it for one of my movie nights at work since we started those up again. Would also love to see this get a restoration and maybe revised subtitles.

Regardless, I would recommend this film, even if it sits at the very bottom of my <400 list.
Top

Just seen this. Starts lightly but gets very heavy, deep under your skin. It‘s a psychological masterpiece that‘s never foreshadowing what is going to happen next. The pace was perfect. Highly recommended, will hopefully rise in the 400>500 list. Knowing nothing about Egyptian cinema, it makes me wonder how many more melodramatic masterpieces they have.

I have to disagree with Fergenaprido on a minor issue: it really doesn‘t tell you much about honor culture. It‘s just there as a given, no explanation given, but also none needed.

Having seen many english movies from the 40s and 30s lately, it was interesting to see how different the concept of servant is in both cultures. The master in Egyptian culture seems to rule absolutely over his servants, like a dictator. It‘s a shame.
Top

Nice to see mathiasa's comments - I agree fully. My favorite Egyptian film (out of a couple dozen seen, nearly all of which I liked) and near the top of my 500<400 list. Instantly became a fan of Faten Hamamah after this and have seen a couple of other films with her - the one that stands out is El haram, another tough stab at the patriarchy though it's not on the level of this.
Top

OldAle1 wrote: ↑February 27th, 2020, 9:58 pmthe one that stands out is El haram, another tough stab at the patriarchy though it's not on the level of this.

! Will check it out.

Only watched last night - I'm a bit behind. Overall my response is positive and I don't have much to add to what has been said other than at times it's a bit slow. I also only gave it a 7 mostly because, all things mentioned, it's solid but doesn't really have the visceral impact that would lead to change. If it got people talking in countries where honor killings are accepted and expected, then that's a good thing. However, from the western and more modern viewpoint, it's completely unacceptable to treat women this way so while it does help one to understand the issues from the non-western perspective, it doesn't really have enough depth. Still, a worthwhile watch for anyone interested in expanding their horizons.
Top
Post Reply
8 posts • Page 1 of 1