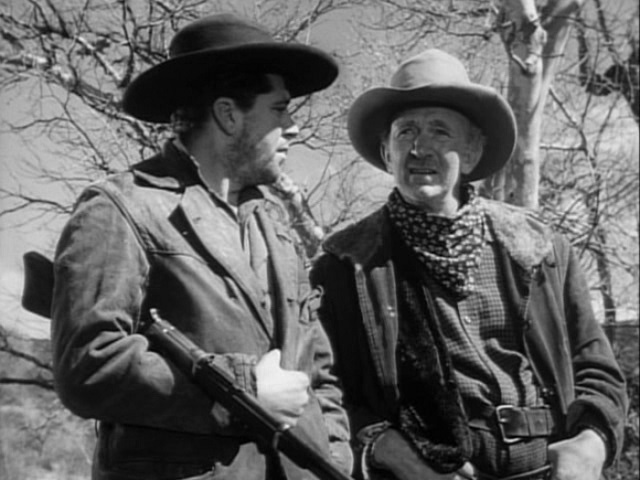 Summary:
Unemployed cowhand Jim Garry is hired by his dishonest friend Tate Riling as muscle in a dispute between homesteaders and cattleman John Lufton.

Decent indeed, but a rather forgettable story. 6/10
ICM-profile
Fergenaprido: "I find your OCD to be adorable, J"
Top

I wouldn't have put this on the schedule for the noir challenge if it wasn't for the fact that it's on the big official noir list.
Top

Some good cinematography towards the end, when Jim is in the woods. It’s definitely a noir western. 6.1/10
Top

Yeah, was definitely thinking this one was influenced by noir, but while the story starts out with questions, the ending is pretty much what we expect for both genres. Okay acting and design though at times the set does seem a bit flat (sound-stage-y) and during the first half the music is oppressive, but it's pretty average, forgettable fair from the late 40s. I could see this being a double feature - with the other movie being a better draw. (Seems the IMDb trivia supports this as well.) I'll also go for 6 stars.
Top

Tentative pre-cursor to great films like Man of the West, Day of the Outlaw. Ramrod, released one year earlier was much better western noir fare.
Top