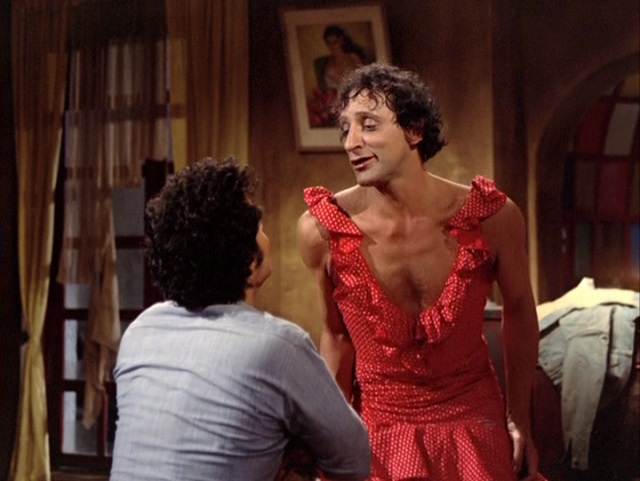 Summary:
Family honor, greed, machismo, homophobia, and the dreams of whores collide in a Mexican town. Rich, elderly Don Alejo is poised to sell the town for a profit, needing only to buy a whorehouse to own all the buildings and close the deal. It's owned by a man and his daughter: Manuelita is gay, aging, afraid; he cross-dresses and entertains as a flamenco dancer; he wants to sell and leave. His daughter wants to stay. The return of Pancho complicates things: he's a hothead Alejo tries to control and he scared Manuelita the year before. #686 on 1000<400, with 171 checks.
Nominated by blocho, Cocoa, and Minkin.
On IMDb
On iCM

This is on the 1000<400 from last year. All its voters from last year voted this year, so it will probably still be on the 1000<400. It's on three official lists, so there are other reasons to watch it as well. The film's check count only went up by 11 since last year's results.
Top

Seen it more than 5 years ago and didn't like it. 5/10
ICM-profile
Fergenaprido: "I find your OCD to be adorable, J"
Top

Great film. 7.8/10 from me, and definitely an entertaining watch. I don't always agree with the characters' actions, but it's a solid film overall. Plus, a queer film winning best Mexican film in the '70s AND being selected for preservation of the country's cinematic heritage in the '90s? That's revolutionary!
Top

I enjoyed this film overall. I started watching it while 30+ hours sleep deprived due to my insomnia... don't start watching it if you're tired, I almost fell asleep a few times during the first 20 minutes and had to take breaks to keep myself awake. The second half of the film is superior to the first half in my opinion. I was bored several times throughout the first hour, but there weren't many dull moments for me during the second half of the film once we get to the one hour mark.