What is Festivus?
A secular holiday. Celebrating Seinfeld. And NOT Christmas. Also, there's an airing of grievances. We'll focus on that last point in this post. More info here: http://festivusweb.com/index.php

What Are We Doing?
Airing our grievances, of course! Your grievances could be about anything. Films. Annoying people. That soul-crushingly awful thing you have to do just to make your life function. Anything.

Disclaimer:
Please interpret anything in this thread as playful fun. Please also assume best intentions of everyone here.
Top

My first airing of grievance is that this thread is not also dedicated to feats of strength.
Top

blocho wrote: ↑
December 24th, 2019, 5:00 am
My first airing of grievance is that this thread is not also dedicated to feats of strength.

Hehehe... if you want another grievance to air, how about me not having watched Seinfeld and only knowing about Festivus from pop culture references to the airing of grievance portions?
Top

My Grievances When I'm the Challenge Host:

Participants with Spaces in Their Usernames: I just want to double-click your name to highlight it. But no - you insist on putting that space in there, so I actually have to aim my mouse and try and highlight your whole name. Blarg. I mean, it's like half a second of a grievance.
Microsoft Excel: You know, maybe be a tad more self aware? I've been editing this Excel file multiple times a day for WEEKS now that contains 100% string names. I'm 1300+ rows in, and maybe, just MAYBE, you could figure out that I'm typing "72aicm" and not the damned number "72".
Windows 10: Stop restarting! Or at least save my god damned files.
Australians: You and your stupid head start.
Top

This seems like a pretty good thing to me

Also speaking of headstarts, it's the 24th and this celebration is already over

I have many grumps. Here's a slight recent annoyance: a couple of days ago, my boyfriend dropped the cone piece and smashed it (bong/stem/cone piece are all glass). It was still usable, but yea. Then yesterday I thought I'd clean the bathroom and the bong and I dropped the stem and smashed it lol (still usable). Cost $50 to replace. Thanks Cheech and Chong and your expensive glass.
"I do not always know what I want, but I do know what I don't want." - Stanley Kubrick

Speaking of which:
Users who keep changing their username, so spreadsheets get messed up.
ICM-profile
Fergenaprido: "I find your OCD to be adorable, J"
Top

Australians: You and your stupid head start.

Stop living in the past, max.

Actually, on a more serious note, I didn't release a "challenge feedback and rules discussion" thread this month like I did in December last year. Whoops. Life has been a bit chaotic for me. Was there anything that we wanted to talk about before Challenge Series 2020 begins?

This annoys the life out of me too. It seems every week that Windows 10 finds a new update and wants to restart. Makes me wonder just how unstable a platform it is.
Former IMDb message boards user // iCM | IMDb | Letterboxd | My top 750 films // Long live the new flesh!

I'm in the same boat, now that you mention it. No way to know who is talking about me behind my back.

You couldn't find it anyway. There's a special section for that purpose on the forum and you won't get access.

This annoys the life out of me too. It seems every week that Windows 10 finds a new update and wants to restart. Makes me wonder just how unstable a platform it is.

Oh god yes. The last big update has totally broken my machine, I've been getting regular blue screen of deaths ever since.
Top

The Windows 10 upgrades are just small and incremental patches rather than big, unwieldy ones. It's one of the more stable Windows releases ever, it's not because they didn't get patched in the past that is was more stable of course. It's called "transparency" and people should really learn to embrace it

The answer to your Windows 10 problems is Linux. You're welcome.

Let's start with the most regular source of annoyance, the subway. In New York, people complain a lot about the reliability of subway service. That's actually a secondary concern for me. What really drives me crazy is the people on the subway. Here's a list of infuriating behaviors:
- Trying to get onto the train before letting everyone get off.
- People on the train who block the entrance when it arrives at a station.
- Playing music or other sounds off some device. Get some fucking headphones.
- Pushing or shoving or invading personal space because it's crowded.
- Playing music with an instrument or any other performance on the train. There's plenty of room in stations for that.
- Not moving to the center of the car in order to make room for others.

Next up, smartphones and tablets. I can't think of a worse invention over the past 20 years. They add little and hurt so much. I've already mentioned the regrettable tendency to play music in public (Headphones are cheap!!!), but far worse is the enormous harm caused to human sociality. Socializing is the bedrock of the human experience. Without it, people gradually grow insane. But I can't hang out with my brother without him spending half the time staring at his phone.

My brother, for thinking that his phone is an excuse for flagrantly ignoring basic politeness.

Consumerism in general. Consumerism is, of course, a permanent condition, but every December makes a disgusting spectacle. There is something so sad and so vapid about the ceaseless desire to buy and buy and buy some more. THINGS WILL NEVER MAKE YOU HAPPY, PEOPLE! THE ONLY THING THAT WILL MAKE YOU HAPPY IS OTHER PEOPLE, BUT GUESS WHAT? YOU'RE IGNORING THEM TO SPEND TIME WITH YOUR PHONE.

Christmas music. It's been a long month, and I am fucking sick to death of this stupid, stupid, stupid music that is completely unavoidable for 8.5% of the year.

My overbearing mother, a perennial concern.

All of my friends, who about five or six years ago decided that they wanted to spend their entire lives either working or streaming content at home and never socializing again.

My oldest friend, who despite doing more than almost anyone in this country to fight neo-nazis and white supremacists in his professional life, also espouses a sort of low-key anti-semitism. He also hates Chinese people. Last week, we met for drinks, and I finally got fed up and started yelling at him and then walked out.

My oral anatomy, which required a root canal last month and will require gum grafts on four teeth in the coming year.

Orthodontics, which straightened some teeth for me in childhood but probably caused the resorption that required a root canal years later. It also may have worsened the gum recession that will require grafts.

A quick grab bag of others:
- The New York real estate market
- All the advertisements before seeing a movie in a theater
- The coming climate bloodbath and society's inability to do anything about it
- Late capitalism and cultural hegemony

And most of all, myself, for being so pessimistic and fatalistic and easily annoyed and unable to create anything positive.
Top

happy festivus! here is the pole 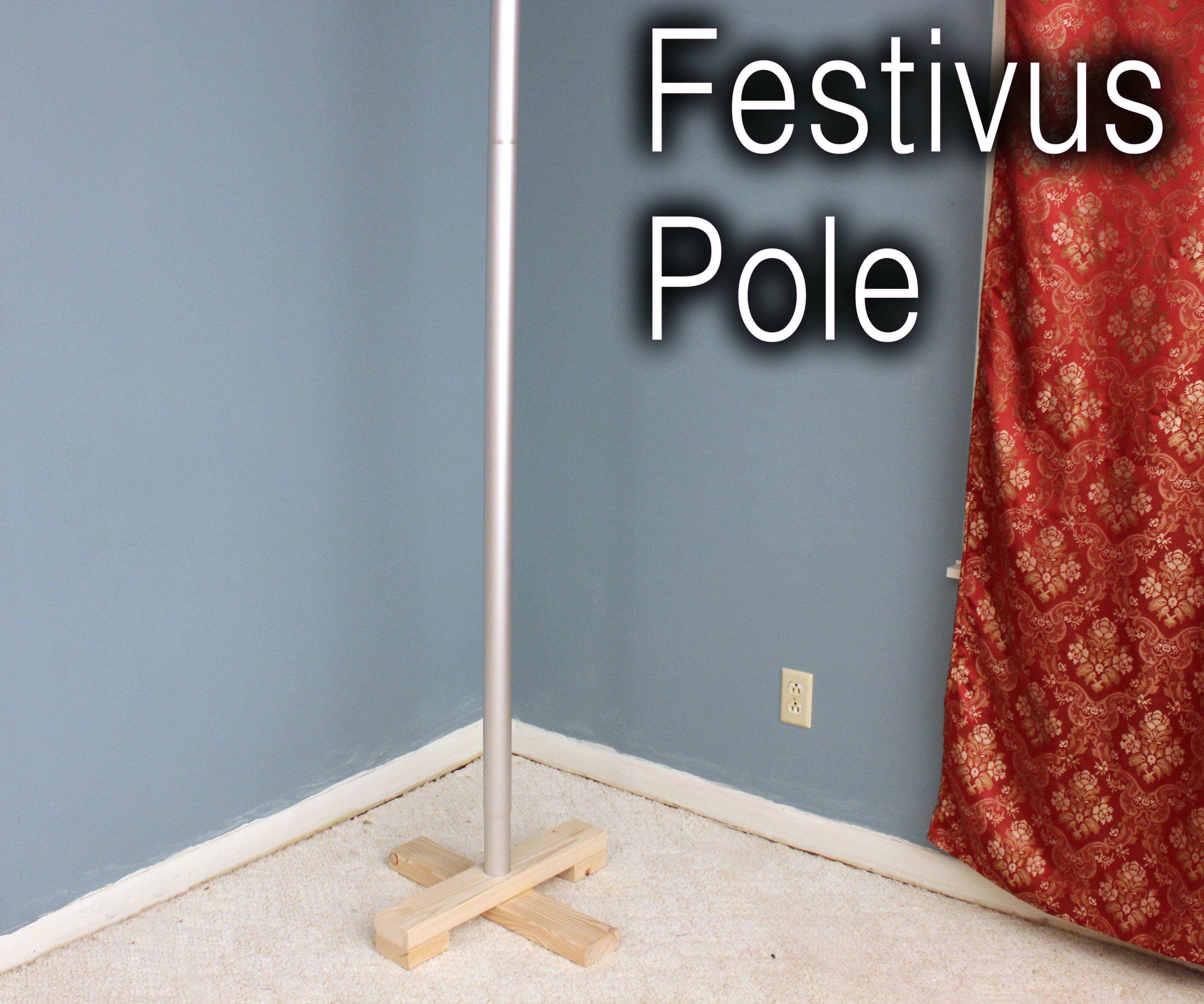 screwed my hearing bad couple of months ago, ive had tinnitus since 2003 and though how much worse can the hearing ge without earplugs.

even not so loud noises also hurt and it sounds like people are yelling. when i talk that peopke can hear it usually sounds like im yelling which drives me even more nuts
Top

Apparently this Festivus was a real thing. One of the writers grew up with it, his dad invented it.
Top
Post Reply
18 posts • Page 1 of 1