Welcome to the ICM Forum. If you have an account but have trouble logging in, or have other questions, see THIS THREAD.
NOTE: Board emails should be working again. Information on forum upgrade and style issues. Podcast: Talking Images (Episode 22 released November 17th * EXCLUSIVE * We Are Mentioned in a Book!!! Interview with Mary Guillermin on Rapture, JG & More) Polls: Directors (Results), 1929 (Results), Directorial Debut Features (Mar 12th), DtC - Nominations (Mar 20th), Favourite Movies (Mar 28th)
Challenges: UK/Ireland, Directed by Women, Waves from around the World
Film of the Week: Der Wald vor lauter Bäumen, April nominations (Apr 1st) 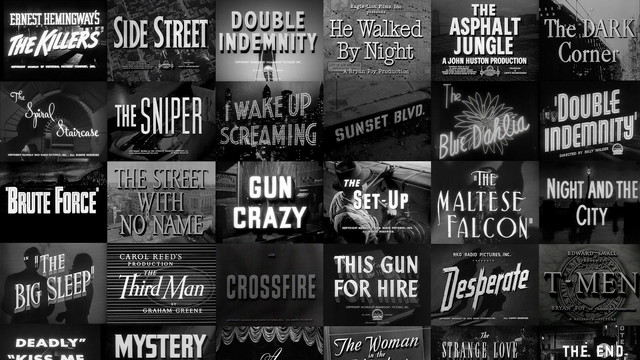 Goal:
Watch as many movies as you can that fit into the Film Noir and Neo-Noir genres. If you are in doubt whether a movie counts or not, just ask.

Rules:
- A feature film (Anything over 40 minutes) counts as one entry.
- A total of 60 minutes of short films count as one entry.
- For Mini-Series/TV series (40 minute episodes or longer) each episode counts as an entry.
- Otherwise, the usual 40/60 rule applies
- Rewatches allowed.

Special thanks to Max, whose last year's topic I used

I’m in, going for one a day. Thanks for hosting Clem.
My iCM
Top

Trying to finish the top 100 Noirs this year so I am in (24 left). Might also try to get the ICM forum Noir list (22 left), but I probably wont be able to get that many overall
Top

in for a few, but I need to take a day or two to recover from a month of horror...
Top

I'm in, but, I probably won't begin for another week or so, as I finish up a couple other small watchlists.
Top

Thanks for hosting this challenge clemmetarey.

Calculating from learning of a bank heist to take place on how he can steal a Christmas bonus for himself, writer/ director Palle Kjærulff-Schmidt & cinematographer Claus Loof bank on a meticulous Film Noir atmosphere, sliding the camera under the table towards Borck folding notes for himself whilst pretending to give the robber the full amount. Spreading X-Mas cheer decorations across the walls of the bank,Kjærulff- Schmidt wraps Borck in crisp winter blues and early dark nights,which crackles with paranoia from long tracking shots of the robber wanting to collect Borck’s bonus, that Borck finds himself unable to escape in a blistering evil under the sun lingering doubt final.

Realising a robbery is to take place later in the day as the bank opens up, Palle Kjærulff- Schmidt’s adaptation of Anders Bodelsen’s novel brilliantly dissects Borck using the professional image he’s built to take a layer of the soon to be stolen cash, off for himself, tensely checked in clipped dialogue of Borck attempting to keep his fellow staff out of the loop on the exchange. Merrily leaving the bank with a bonus in his back pocket, Kjærulff-Schmidt’s thrillingly unveils to Noir loner Borck that someone’s got his number, whose ringing to the home/workplace sets Borck off the dial with a Femme Fatale for a jet-set life, which Kjærulff-Schmidt’s tightens the screws to a sharp open ending.

Getting his number down from their first encounter, Bibi Andersson gives a excellent, mysteriously alluring turn as Jane Merrild / Alice Badram, whose motives Andersson holds in a vagueness which hook Borck in with a seductive Femme Fatale sting. Scuttling round being polite to fellow staff whilst his hand is in the till, Henning Moritzen gives a outstanding performance as Borck, thanks to Moritzen’s chipping away at his meekness to primal Film Noir fear, leaving Borck with no other choice but to think of a number.
Top

Thanks for hosting. Due to work, my participation will be limited this year, so I expect to see a new King of iCM Noir crowned once again.

Ok I can take part, see what I can do.
Top

I'm in. Not sure how many I'll end up with. I can't usually take in a whole lot. They start to bum me out after a while.
Top

I've finally come deep enough into the 1940s where Film-Noir comes my way on a regular basis, so I expect to do alright for this challenge even if not a top contender. 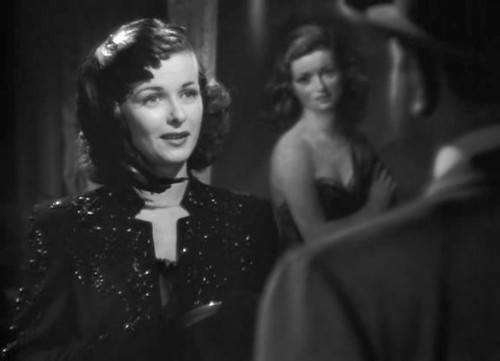 1. The Woman in the Window (1944, Fritz Lang) - 7/10 - OFFICIAL CHECK (7 lists)
--- This is a nervous wreck that's put a smile on your face. Surprisingly simple, but such effective teasing by Fritz Lang. You feel for poor old Edward G. Robinson and the mess he's in. That's what happens when you meet beautiful women and he fumbles in every way possible. That's why I loved this and felt the ending was a right one. 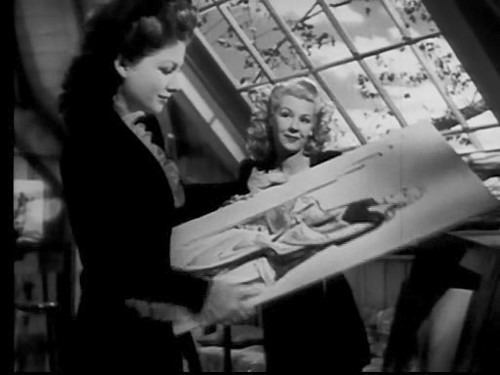 2. Guest in the House (1944, John Brahm, John Cromwell, André De Toth & Lewis Milestone) - 5/10 - OFFICIAL CHECK (1 list)
--- Psychological drama which was interesting on paper, but didn't translate to the gripping drama it's supposed to be on screen. Something about uneven tone of everything, almost transmitting the wrong impressions during it's key scenes. Just about the only one that worked effectively was the end, but even that felt rushed and a bit too much compared to the tone of the rest of the movie. At least they tried. 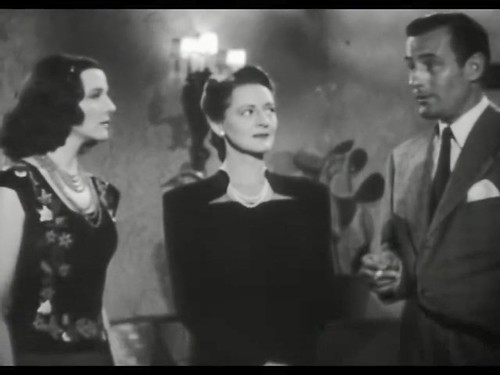 3. The Falcon in Mexico (1944, William Berke) - 4/10
--- The Falcon series with a interesting plot, but a rather tame execution, even with the exotic Mexican scenery. 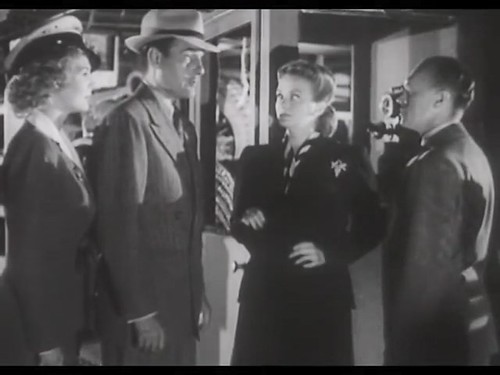 4. The Falcon in Hollywood (1944, Gordon Douglas) - 5/10
--- Hardly great crime writing, but it's one of the more entertaining Falcon entries in a while. Good sidekicks, Hollywood spoofs and a decent climax scene. That's all that's needed for these B-mysteries to work. 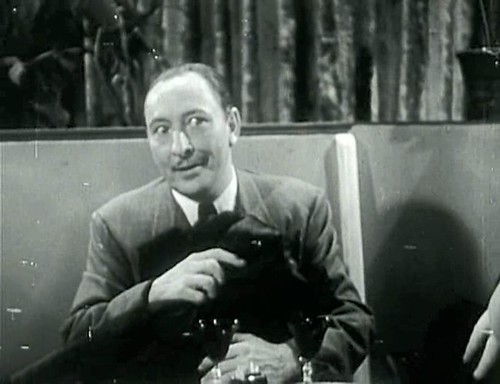 5. Lady in the Death House (1944, Steve Sekely) - 4/10 - OFFICIAL CHECK (1 list)
--- Low budget crime drama which wasn't terrible, but not terribly exciting either. Disgraced Lionel Atwill takes care of the storytelling, which becomes it's foundation when little else helps elevate the experience. 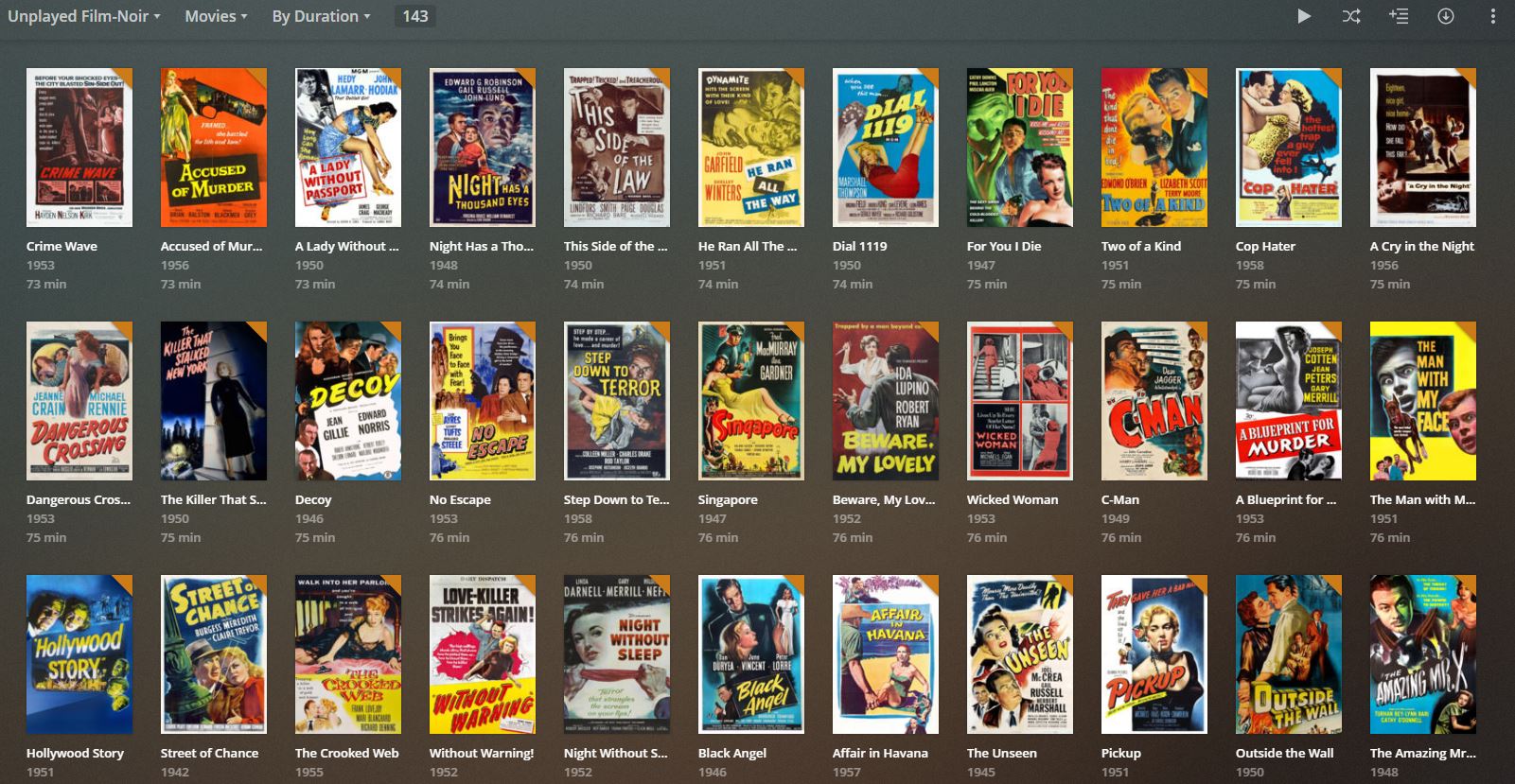 Hey, I found what looks to be a pretty solid list of recommendations for stuff to watch for anyone that doesn't live in black & white:
Taste of Cinema's Best Neo Noir of the Past 5 Years
Top 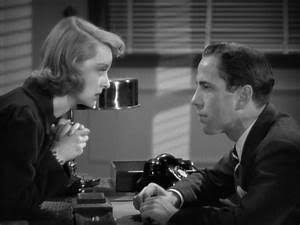 Bette Davis and Humphrey Bogart share much memorable banter and dialogue exchanges here. Despite second billing, Bogie is much more of a supporting player here though, and does not enter the film until over half an hour in. The film frequently delves into melodrama too, especially as an innocent naïve sister gets involved. The project is carried through, however, by some solid feminist messages about banding and sticking together.

Great timing, Marijn. This would have been a Challenge Double had I watched this yesterday rather than today.

Quite a start by blueboy! 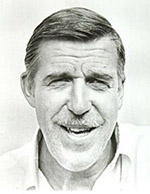 Loved every moment of this; wonderfully crafted and clearly an inspiration for the more recent Tarrantino stuff. I had to keep reminding myself that this was, indeed, made in the mid-50's as it feels so contemporary in style. Superb and a very high bar set early on.
Top 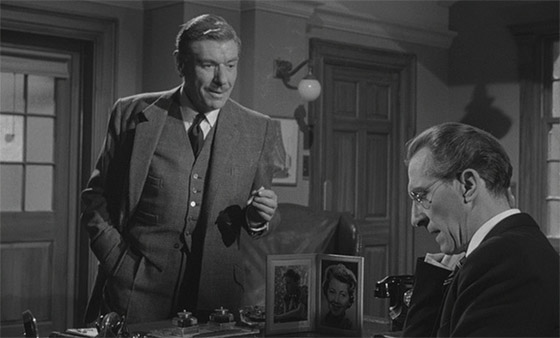 Setting the watch from the moment Hepburn enters the bank, director Quentin Lawrence & cinematographer Arthur Grant click a real-time Film Noir with masterful precession,drilling Hepburn’s detailed outline of the heist plan he tells Fordyce with match cuts to Hepburn following a section of the plan,(such as Hepburn giving Fordyce orders to enact a part of it in 5 minutes, which then plays out 5 minutes later into the run-time.) Not even offering humbugs to staff as a X-Mas gift, Lawrence superbly uses snow on the windows and winter clothes to enhance the icy Hammer Noir atmosphere, snowing it down in graceful long panning shots from the frosty window of Fordyce’s office to close-ups on Hepburn sitting in a chair keeping Fordyce walking on thin ice.

Banking on Jacques Gillies’s original play, David T. Chantler and Lewis Greifer’s adaptation wonderfully pays out to A Christmas Carol, as Fordyce tuts at each staff member getting into the holiday season, until he discovers the Christmas spirit himself, when it’s all too late. Giving his lone warm greeting to Hepburn due to how redefined he looks, the writers brilliantly turn Fordyce’s beliefs inside out with cracking slow-burn Film Noir dialogue tearing the towering power he displays in front of his workers strip by strip, into the hands of the quietly confident, calculating Hepburn.

Spending the whole film with just one other person, Morell gives a incredibly layered turn as Hepburn. Rumbling in as a puffed-up little Colonel, Morell bursts the bubble with a striking underlying menaced, carried in Morell having Hepburn hand out orders and threats to Fordyce with a strict master thief professionalism. Spending almost the whole movie just with Morell, Peter Cushing gives a exceptional, measured turn as Fordyce, whose Scrooge complexities Cushing delicately unwinds to icy fear from Hepburn asking for cash on demand.
Top

1. Brute Force (1947)
Nice prison drama about a group plotting an escape and the execution thereof. Decent realism and subterfuge, but the acting didn't really do it for me, so the whole film fell short of being great. But a solidly enjoyable watch.
Top