That’s it for me. Thanks for hosting, clemmetarey.
ICM
July Challenge:

Thanks for hosting clemmetarey. No more checks from me.
Top

I saved Latin, what did you ever do ?
Top

8. Tales from the Lodge (Blackmore, 2019) (1st check)
A British comedy taking Amicus portmanteaus as its inspiration. Its main problems stem from a low density of jokes and a lack of strong endings for the story segments.
4/10 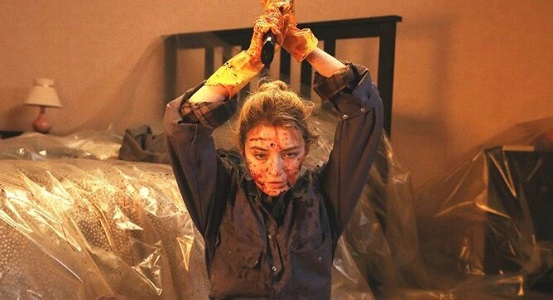 ''Directed by John Akomfrah, Handsworth Songs is the epitome of black avant garde art in the 1980s. With its subtly swirling collage of newsreel, interviews, archive footage of the Windrush generation arriving in bleak Britain, of intensely close conversations with housewives, shopkeepers and rioters, and broad scenes of police kettling crowds and cornering suspects in a clatter of shields (shot, not incidentally, by black film-makers: the police are said to have asked if their cameras were real), this is a work of many voices, and of many lives. It couldn’t be less like a conventional documentary, even though it was commissioned as such by Channel 4; and it is often credited with ushering in a whole new strain of documentary art film that stretches onwards to Isaac Julien, Tacita Dean and Luke Fowler.'' - Laura Cumming, writing in The Observer: 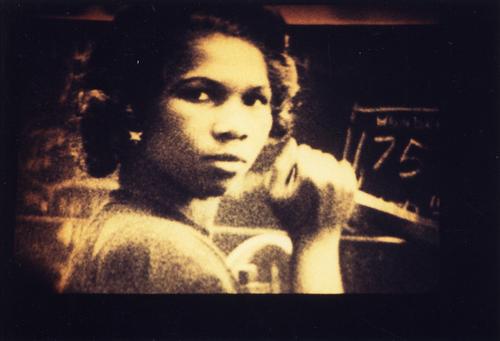 'Sing Street' - another captivating, energetic and enjoyable Irish musical from John Carney; a homage to movies and music of the '80s; really cool musical numbers that add colour and exuberant playfulness to the urban grit of the Dublin settings; a fun and poignant look at inspiration and youthfulness: 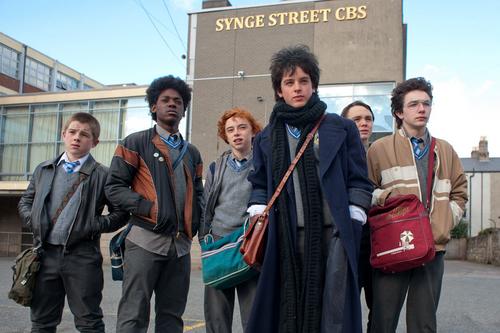 I have one final update which I'll post on Sunday afternoon/early evening, if that's OK and not too late.
Last edited by RogerTheMovieManiac88 on September 1st, 2019, 2:17 am, edited 1 time in total.
That's all, folks!
Top

These are the last things I watched. Thanks for hosting, clemmetarey.
10. Estranged (Levins, 2015) 38 checks
A dark low-budget drama. It starts off badly, but it gets better towards the end when it gets unexpectedly dark and nasty, but there's nothing to make it stand out and compensate for how grey and dull everything looks.
4/10 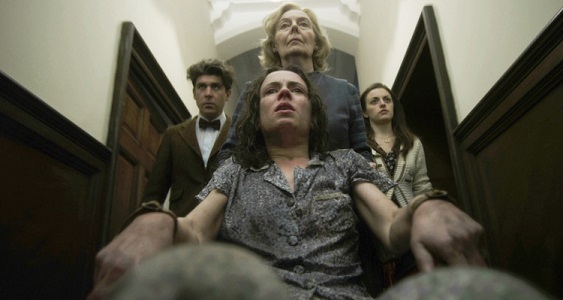 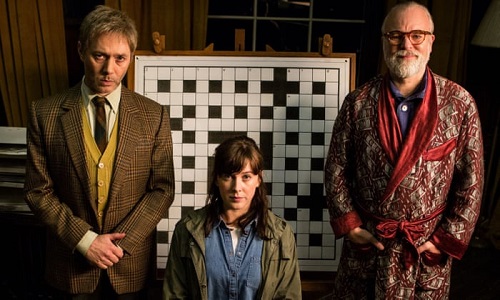 25. The Mackintosh Man (John Huston, 1973)
Eurospy movie that's definitely a step up from Huston's earlier Kremlin Letter. The first half has a pretty good story, but the second half falls apart and eventually the plot holes become too big. Watching it, I felt like the studio had edited it down, which would explain the problems with the part and why Newman's and Sanda's characters never become romantic despite the movie's poster indicating exactly that.

26. The Million Pound Note (Ronald Neame, 1954)
Within the first minute of this movie, I realized it must have influenced the much more famous Murphy/Aykroyd comedy Trading Places, though it's certainly not a straight remake. Beyond that connection, this movie occasionally works as a comedy and doesn't work at all as a romance. Only for Gregory Peck enthusiasts.

27. Another Man's Poison (Irving Rapper, 1951)
A decent noir that sometimes tips halfway into unintentional comedy and occasionally tips even further into camp. This is a movie, after all, that features a love pentagon which includes a mystery novelist, her fake husband, her secretary, her secretary's fiance, and her horse. And the horse ends up dead because of jealousy. Still, it was mostly entertaining.


One nice bonus of watching all these UK movies this month has been that I'm starting to recognize some of the supporting actors and bit players. Certainly, I noticed that Reginald Beckwith appeared in supporting roles in both Million Pound Note and Another Man's Poison. Other recognitions:

- There was a minor character in Mackintosh Man called Mr. Brown. I was sure I'd seen him before and at first thought he played the Minister in the Bond movies, but it turned out that was a different actor. No, actually, I remembered him from Where Eagles Dare, where he played the great Admiral Rolland (he was the Danny Boy in "Broadsword calling Danny Boy"). The actor's name was Michael Hordern.

- There's a brief scene in the 1980 Walter Matthau movie Hopscotch that features the head of British intelligence, and I immediately recognized him as the major who Anthony Quayle threatens to shoot in The Guns of Navarone. Sure enough, he was an Australian actor named Allan Cuthbertson.
Last edited by blocho on March 12th, 2021, 5:59 am, edited 1 time in total.
Top

OK. Didn't watch it in 3D. It was definitely filmed for 3D. Too many shots were filmed from stupid angles that don't work in 2D, but would be cool in 3D. The annoying thing most of the 3D movies do. Moving on...

It's a basic group dance movie, a crew needs space to rehearse and they get it in exchange for incorporating 5 ballet dancers into their crew. The direction wasn't great, but what was more disappointing what that the dancing wasn't better - Wife and I watch a lot of dance shows (e.g., So You Think You Can Dance, World of Dance) and the level of dancing on those shows was, on average, better than in this film. The love story was basic and predictable, but it was a dance film first and foremost. Lots of dancing, none of it spellbinding.
Top

Not my focus this month, but a few movies got through. Thanks for hosting, clem!

Teenage delinquent Benny - a mohawk-haired outsider - who is forced to revise his isolation from the opposing sides of the Troubles after being suspected in a killing; Marc O'Shea impresses in Joe Comerford's stark and grittily poetic ''allegory on a conflict which has produced more deception than truth'': 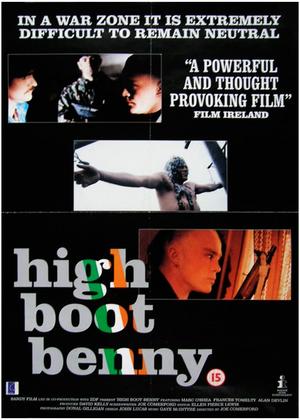 I loved the nuanced, compelling acting of Domhnall Gleeson and Ruth Wilson in Lenny Abrahamson's gothic chiller and the atmosphere of landed decay and despair was spookily intriguing and offered promise and possibility; unfortunately the story proves too thin and slow in pace... I admire the look and feel of the piece though and the fascination of the doctor drawn back to the big house visited admiringly in his youth: 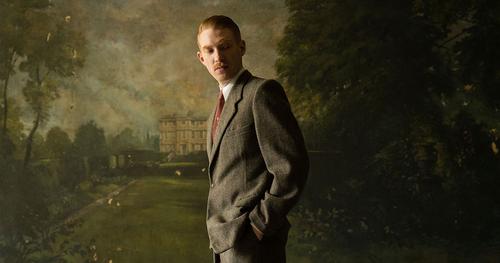 And, to close things out on this rather Irish-focused little challenge of mine, an assortment of shorts:

'Harvest', shot by avid amateur filmmaker Desmond Egan in 1946, explores antiquated harvesting methods used in remote areas of Ireland. From horse and cart to manual tilling of the land, the film proposes a more profitable and efficient way of working that would result from investing in machine technology. Wonderfully observational and filmed in pleasant Kodachrome hues. 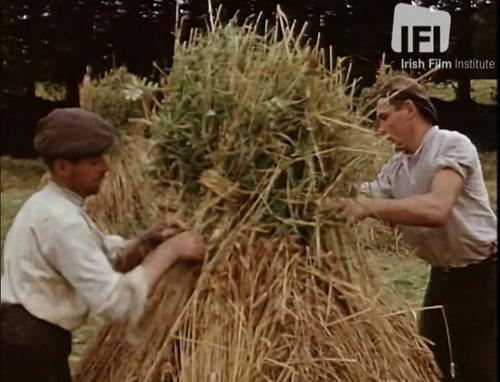 The cinematography of Patrick Carey has been a great discovery for me at the tail-end of this challenge. Perhaps my favourite of the titles I saw was the exquisite 'Errigal'. The sense of movement he brings to his lensing of the mist and landscape around the imposing, fabled Donegal mountains has a fine and striking beauty. Of the film, Carey wrote: ''The mountains are the characters in the story, the drama is in the battle of the elements. I have tried to convey the feeling of personality in a landscape, supported only by music and natural sounds''. 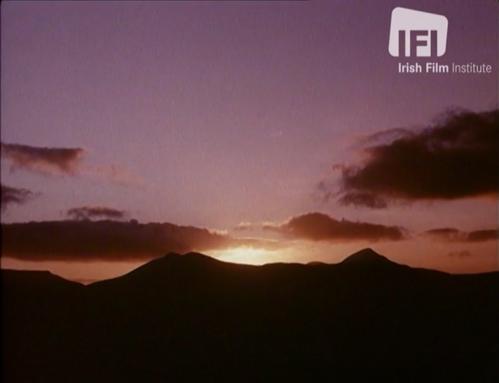 Thanks for hosting the challenge, clemmetarey. It's been one of my very favourites!

So August and my computer's hard-drive are over. Here are the results:


Congrats to albajos for winning, to Roger and jdidaco for reaching 100 watches along with albajos, and thanks to everyone for participating.

First time I reached 40+ movies.
I saved Latin, what did you ever do ?
Top
Post Reply
379 posts