Nothing of the main plot of this musical is especially interesting, though the dissolve-over shots of the two leads conversing with their inner selves when they crash-land are fun. Same goes for the bankers only ever being shown in silhouette. The film is, however, greatly elevated by the casting of Ginger Rogers and Fred Astaire in their first on-screen collaboration. Dancing together by touching heads and so on to the Oscar nominated tune 'Carioca', the pair steal the show and provide much more chemistry than in the main love triangle romance.
Former IMDb message boards user // iCM | IMDb | Letterboxd | My top 750 films // Long live the new flesh!

Belgian-born Audrey Hepburn gets to play a Belgian-born nun and nurse in what must have been a very personally affecting story, dealing as it does (in it's final act) with the war she lived through, and some of the displacements and devastations it caused - though it should be noted that this isn't really a war film, and is largely concerned with conflicts in belief and values - or career and the world of the spirit, perhaps. I watched this because it was on TCM, wasn't a film I ever had much interest in, not being the world's biggest AH or FZ fan, though each has at least a film or two in my favorites list. This just looked like a typical turgid story about how someone has to wrestle with God but ultimately comes round, and while I have always been interested in religion/faith in film, the way Hollywood did it when it was trying to be "serious" in this era often doesn't work for me. And it seemed I was right for a good chunk of the film, but then it became clear that Hepburn's doubts and conflicts weren't going to be so easily dismissed or solved, and the film takes on a much greater moral seriousness towards the end, and ultimately it proved pretty affecting. Not near a great film, and too long I think, but in the end worthwhile certainly for what it is.

PBS, with most of the swear words bleeped; if I'd know they were still doing that, I might not have watched it. But I'm glad I did - I really don't keep up with new docs, even award nominees, so I had no idea that this was filmed near where I grew up, and live now. Rockford, IL is 15 minutes away, it's where I do most of my grocery shopping, eat out a bit, and see most movies. When I was a kid I thought it was the "big city" and I loved going to the largest mall in town, Cherryvale (curiously not represented here as far as I could see - maybe skateboarders are banned, I dunno). It's been a fairly bleak, impoverished, and crime-ridden city since the late 80s at least when the largest local employer, defense contractor Sundstrand Corporation (now Hamilton Sundstrand) lost what was then the largest lawsuit by the US government against a corporation, for fraud I think, and laid off a huge chunk of it's workforce, including my dad. So this is a pretty personally-relevant film to me in some respects, though I'm a generation older than the director and his two best buddies Kiere and Zack, all skateboarding fanatics who grew up in the early 2000s and are now, in their mid-20s, facing futures only slightly less uncertain than their childhoods, all of which were beset by serious family problems. The director, judging by his family house which is in one of the nicer neighborhoods, grew up in slightly more upscale circumstances - the other two seem to be from lower-middle or working-class environments though none seems to have experienced dire poverty or homelessness or anything that serious. The problems that emerge are mostly ones of masculinity, of fathers being absent or too strictly disciplinarian, though Zack's mother was the one to run away, and certainly his experiences inform his issues with his girlfriend and son (he's the only one as of the end of the film who is depicted as having a relationship or kids - it's rather curious that we see no evidence of any romances or sexual relationships in the cases of the other two). All of the kids/young men (this was filmed over many years) speak of their desires to get out of Rockford, and the visuals depict a fairly barren and desolate place, as we occasionally hear voiceovers confirming the high crime rate, the rate of emigration, the unemployment, etc. These are valuable, but they do present a more one-sided view of the city than strict accuracy would demand - there is some life coming back, and while we occasionally see scenes of the guys skateboarding along State Street, the main East-West thoroughfare that runs through downtown (other US residents may know it as US 20), we don't see the signs of life picking back up that I've noticed in the 5 1/2 years I've been back in the area. But this isn't a huge failure as the film is not meant too be a portrait of the city but a look both at the specific lives of these young men, shaped by lack of opportunity and families that weren't always supportive, and of the larger issues that impact not just Rockford or other mid-sized American cities but the country and most of the planet - how to we grow up and stay sane in this world that is changing, both culturally and economically, faster than ever?

I haven't gotten to the filmmaking, which is fine as far as the low-fi aesthetics go - shot mostly by Bing Liu with probably a few different relatively cheap digital cameras, it's not glamorous but it's not overly grungy either - perhaps as I said it doesn't depict the whole of the city, the parts that I know for example, but it isn't poverty-porn either. And the editing is really quite brilliant, building it's stories to a fitting conclusion that could almost seem scripted. The film's focus on race - Bing is of Chinese descent, Keire is African-American, and Zack is white - is interesting, in that it's really not a focus at all. Keire does mention some issues at a couple of points, and Bing's mother married a white guy (his stepfather) and he has a mixed-race half-brother, so the issue is always there on the margins, but it's not front and center, which I liked because it's really not front and center in this area; not that race doesn't matter here, but I do feel like there is more racial mixing, and less prejudice in this general area than in much of the country. Maybe in this one case, people have come together more over their shared problems? I don't know, but that's my experience and it seems to be that of Bing and his costars as well.

Overall this is my favorite of the three films in this category I've seen so far and given it's personal relevance I'm sure I'll return to it - hopefully it will get a physical media release with some extras or updates.
Top

22. Alaska: Spirit of the Wild (1998)
Have you ever wondered what an episode of Planet Earth would be like if it were narrated by Charlton Heston? This documentary is your opportunity to find out!
Top

maxwelldeux wrote: ↑February 21st, 2019, 5:36 pm Have you ever wondered what an episode of Planet Earth would be like if it were narrated by Charlton Heston? This documentary is your opportunity to find out!

Can be used in most nature documentaries

"We finally really did it. You maniacs! You blew it up! Damn you. God damn you all to hell."
ICM Profile - ICM: latest checks
IMDb Profile - IMDb page - Criterion

Charles Laughton is excellent here, remaining so polite and well-spoken even when disturbed by the way his new employer wants to treat him, and his gradual progression from discomfort to embracing the American way of life is incredibly affecting. The film does, however, get a bit lost in its flag-waving agenda; Laughton's recital of the Gettysburg Address is very powerful, but such jingoistic moments come at the expense of the comedic potential of him being mistaken for a colonel. This is still pretty funny stuff though and Charles Ruggles is great too.
Former IMDb message boards user // iCM | IMDb | Letterboxd | My top 750 films // Long live the new flesh! 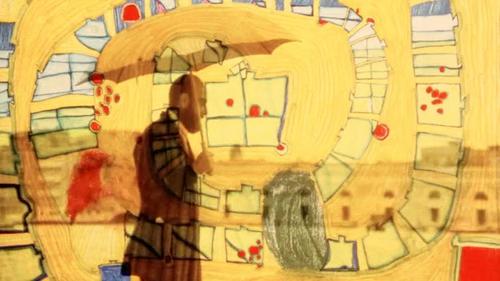 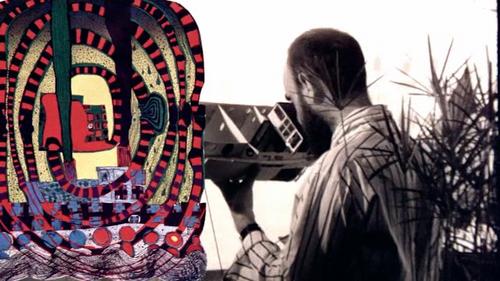 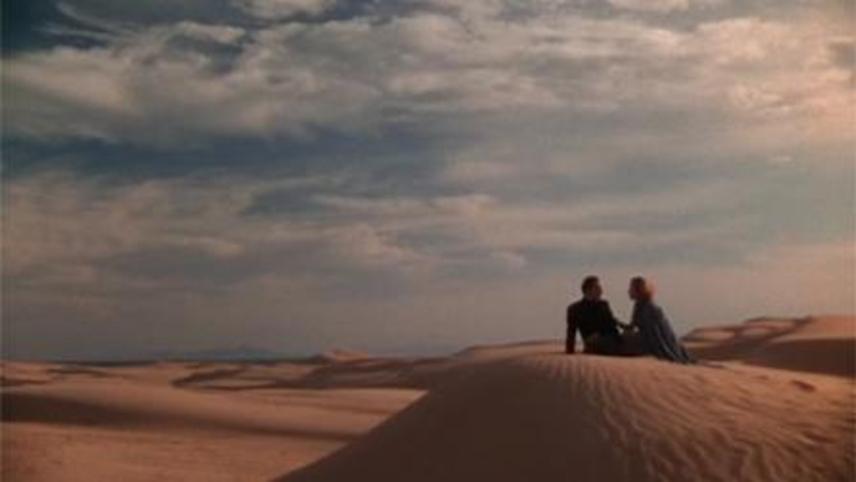 A Hollywood melodrama, set in the Middle East but shot in Arizona. The early Technicolor cinematography is certainly quite gorgeous, especially in the dusk time and long distance shots that show off the magnificent Arizona deserts. Max Steiner's Oscar nominated score also comes with ample emotional swells. As a narrative though, the project is a lot less impressive. With Boyer only revealing his reasons for fleeing his monastery near the end, his internal strife barely registers and Marlene Dietrich does not exactly have amazing chemistry with him.
Former IMDb message boards user // iCM | IMDb | Letterboxd | My top 750 films // Long live the new flesh!

Comments in other challenge threads.
Top

That one is nearly 5 hours long. Don't think I have the stamina to see more than that in one day.
(4 x 90 minutes are ok, but 1 x 5 hours is simply too much)
ICM Profile - ICM: latest checks
IMDb Profile - IMDb page - Criterion

Flashing back and forward in time, Barry Jenkins employs appropriately dreamy visuals here and Nicholas Britell's score is perfectly enchanting. The film is at its most electric though when focusing on the crime and police corruption involved, yet this is often relegated to the backdrop, while other bits and pieces receive more screen time. And yet, the film certainly packs a punch. Regina King has some strong moments in the final half-hour, but KiKi Layne carries the film as the human face of those whose lives are affected by police corruption.
Former IMDb message boards user // iCM | IMDb | Letterboxd | My top 750 films // Long live the new flesh!

That one is nearly 5 hours long. Don't think I have the stamina to see more than that in one day.
(4 x 90 minutes are ok, but 1 x 5 hours is simply too much)

You're probably thinking of the 1934 Raymond Bernard version. I saw the totally different two hour Hollywood production from a year later with Frederic March as Valjean and Charles Laughton as Javert.
Top
Post Reply
491 posts