Last one for me. Thanks max for hosting.

33. Enemy Mine (1985): 6.2 - This mediocre movie is a sci-fi take on the enemies becomes friends plot: a human and his alien opponent get stranded together on a planet. The sfx are very dated and cheap looking, which is most clear at the beginning of the movie. But because most of it's just the two character at a handful location this hinders less throughout the remaining of it. Dennis Quaid overacts the entire picture. It also doesn't help that his character is irritatingly arrogant, but of course this is necessary for the character to undergo the necessary character growth. Louis Gossett Jr. does a lot better beneath all the make-up and mask. The last half hour (or something) is the best part of the movie to me.

And that's it for me. thanks for your stellar hosting as always, Maxwell. I was shooting for 100 but didn't quite make it so a big

to those who did (flavo, jeroeno & jd) & a stratospheric

to albajos for breaking 200. You cats are gone, man, gone!

I had hoped to finish this during the challenge, but I didn't come even close

And with that I am done, we will have to wait to watch today's episode of The Orville until my mother-in-law comes over sometime soon. Now to get prepared for the Oscars month. 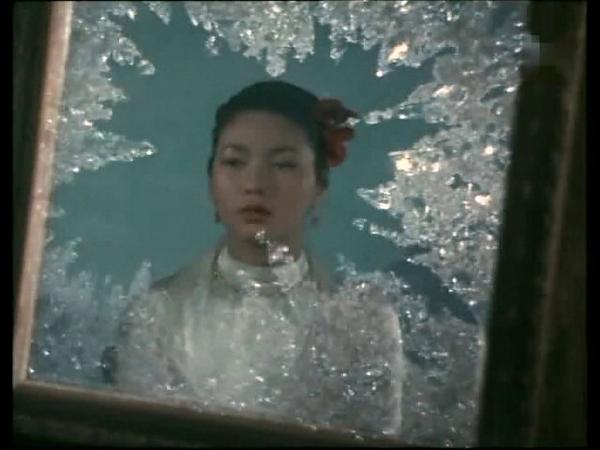 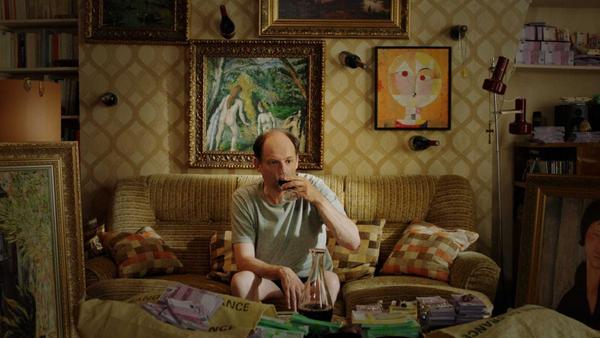 Thanks for hosting, maxwell! This proved a fun challenge to kick off the year, even if my middle of the month was somewhat disrupted by a cold. Hope Sci-Fi/Fantasy comes around again next year!

... And that will do it for me. Thanks for hosting Maxwell!
Top

166. Black Mirror: Playtest (2016)
I liked this one with a Black Mirror deviating more into straight up horror than usual.


167. Terminator Genisys (2015)
Geez, this was a mess. Highly derivative of Terminator 2 but nowhere near as good with a new bundle of plot holes and time travel inconsistencies to wrangle with.


168. The Fourth Kind (2009)
Hokey supposedly true story alien abduction case that just seems to offer easy outs of extraterrestrial kidnappings instead of facing the uncomfortable reality of what is most likely mental instability.


170. Dr. Strange (1978)
Wow this was amazingly bad with a younger, foxier Jessica Walters in a completely wasted role as the evil seductress Morgan Le Fay. The movie spends over half its running time tooling around with this random sub plot of a woman stricken with amnesia by Le Fay. It's TV moie origins are beyond obvious with a very talky script and extremely cheesy, cheap effects.

And with that I am done, folks! It's been fun and I think this is one of the higher scores I've gotten on a challenge. Which makes albajos' win even more impressive. Thanks maxwelldeux for another great hosting job!

Which gives me Silver on the BFI list, and gets me ready for the 30s challenge

55. 11.22.63: The Truth (2016)
56. Liquid Sky (1982)
I had no plans to watch this this month until OldAle1 posted about it - so I turned it on. And while I largely agree with what he said, I think I might have liked it a bit more. It's weird as hell, but some cool coloring and wardrobe. But here's a recommendation for anyone thinking about watching it: don't watch it sober. The more fucked up you are, the better. Psychadelics recommended.

57. 11.22.63: Happy Birthday, Lee Harvey Oswald (2016)
58. 11.22.63: Soldier Boy (2016)
59. 11.22.63: The Day in Question (2016)
And with that, Wife and I finished the miniseries. This ended up being a good-not-great show. Interesting historical fiction, blending a compelling personal plot with historical facts regarding the JFK assassination. I had a friend in high school who was obsessed with the JFK assassination, so I learned more about it than I ever intended, so this was a fun foray into that. Unfortunately, I think the best part of the series was underwhelming, because
Top

That's all folks! Couldn't watch much these last days, but I'm quite satisfied with having reached my goal of 62.

!seen 64
This is the voice of world control.

Didn't quite crack the 20 mark this challenge, oh well. Thanks for the fun this month.
Top

Hit and run! Thanks maxwell for hosting!

OK, I accidentally lied about being finished for the month. Rewatched Stargate last night after it took me 3 hours to get home from work (subzero temps...grrrrr.)

I had no idea when starting this that it was based on Karel Čapek's play R.U.R , which I read a long, long time ago - reading the synopsis on Wiki it looks like this doesn't have much at all to do with the original work (yes kids, it's not just Hollywood that changes writers' works until they are unrecognizable) which was certainly not a piece of Communist propaganda, as this ends up being. It's somewhat dull in it's first half, with the main drama being the conflict between two brothers, Jim and Jack Ripple - Jim is an inventor who thinks that his robots will ultimately benefit mankind, even if initially they will take away labor jobs - Jack is the head of the labor union. Lots of arguing and fighting, the robots ultimately get built and, this being a Soviet film of the 30s, you can guess which brother ends up being right. The robots are fairly impressive, 3 meters tall or so, and the effects and production design are quality for this period for sure, but on the whole this is a little too didactic and less interesting than most of the other serious SF films from the decade that I've seen from this or other countries.

15-part Columbia serial running just shy of 5 hours, based on the popular TV series - the only serial ever based on a TV series, the second of the company's three sci-fi serials and the only sci-fi serial from the 50s that I've seen that's any good at all - though picking a "good" serial over a "bad" one, particularly in the later era of it's popularity, is in some ways akin to comparing a "so-bad-it's-good" film over one that's merely bad. All serials (all American studio examples that is) are repetitive, juvenile, and cheap, and this certainly shares all those features with the likes of the following year's Radar Men From the Moon which I watched earlier this month. But the acting is just slightly less meretricious, the new inventions that they showcase in every episode are totally silly, some of the ways in which they contrive their ways out of the cliffhangers are nuts, and it's all played dead serious, which makes it all the funnier. And there's a little more variety overall in the chases and action than in some of the worst examples, though I think almost every cliffhanger ends in an explosion. The storyline is essentially the same as Radar Men and half a dozen other SF serials - bad guys from another planet (which you can get to in about 5 minutes apparently) want to conquer earth, with the aid of a traitor scientist (who is OBVIOUSLY a traitor to anyone watching, but who the "brilliant" Captain Video can't believe is a sellout until around episode 10). The main character is only referred to as "Captain VIdeo" and his sidekick as "Ranger" - though there are a bunch of other "video rangers" as well. Deliriously wonderful in it's way, if you can get into serials. Given that mine is only the 2nd check and that most serials I've seen have only a handful of checks, I guess most people find these a bridge too far - and of course very few of them are Official, the final kiss of death.

Kind of a loss to explain why this film has such poor ratings - no, it's not any great shakes, but it's a fun and very colorful late 60s adventure much in the same vein as The Green Slime or some of Antonio Margheriti's films like the Gamma Quadrilogy. Oh wait, those aren't that highly regarded either. Oh well, me I just enjoy this kind of thing - space salvage guy James Olson is hired to move an asteroid full of sapphires to the Moon by a super-rich guy - all pretty shady - meanwhile romancing/helping out Catherine Schell, whose brother has been working a mining claim on the far side of the Moon that just so happens to... well you can guess. Cool music and sets, decent if pretty broad acting all around, and a cool animated opening title. It probably ain't art but I thought it was groovy, man.

That's it for me, thanks for hosting max.
Top

And as it's February the world over, last call to report films.

My plan is post final stats on Sunday morning (~48 hours from now), so get your watches in before then.
Top

Thanks for hosting Maxwell (and sorry for not being a fan of Evolution).

OP is up-to-date - please check your scores to make sure everything is recorded correctly. If not, let me know asap.
Top

Forgot those two from my 2018 catchup spree:

Users
Through the month of January, we've had 44 (+1) participants in the Sci-Fi/Fantasy Challenge! albajos supernovaed this challenge, finishing with 222 watches. flavo5000 orbited in second with 178 watches. jeroeno and jdidico rounded out the celestial century club, with 117 and 111 watches, respectively. 39 people finished in double-digits, and 26 have at least 20.

But let's take a second and review those ridiculous top two scores. If my count is right, we've had 193 official challenges over the years. A score of 178 would have been enough to win all but 7 of them (and 5 of those are horror). In fact, only one other time has there been a score that high without a win - the 2017 Horror Challenge, where flavo5000 finished in 2nd place with 183, while albajos won with 211. Holy hell.

Most Common Films Watched
By popular* request, here's a quick look at the films watched by the most people (i.e., at least two). I've removed TV episodes from the list. And due to copy/paste issues, I can't guarantee full accuracy, but it's all for fun, right?

Spoiler tag of the week
One of my favorite part of hosting challenges is reading the captions people put on the spoiler tags. This week's winner is Lonewolf2003 for "Fantasizing about science" because I wish more people did that. Congrats!
Top
Post Reply
667 posts