not a problem, Roger. I accidentally did the same as well.
glad you liked Kamennyy tsvetok, I really enjoyed that one as well.
Top

funkybusiness wrote: ↑February 1st, 2019, 10:23 am not a problem, Roger. I accidentally did the same as well.
glad you liked Kamennyy tsvetok, I really enjoyed that one as well.

Yes, it's quite magical and enchanting. Very eager to explore more from Ptushko!
That's all, folks!
Top

I saw it this month as well. Loved the use of colour. It was fantastic. The plot of course was a little thin, but it served its purpose very well. Great film. Went and bookmarked every Ptushko film afterwards. Had previously only seen The New Gulliver, which had amazing effects, but felt thinner (and to an extent, sillier)
Top

funkybusiness wrote: ↑February 1st, 2019, 10:23 am not a problem, Roger. I accidentally did the same as well.
glad you liked Kamennyy tsvetok, I really enjoyed that one as well.

Yes, it's quite magical and enchanting. Very eager to explore more from Ptushko!


Hold up, there are!
Top

That one looks spectacular as well. Will likely watch it this month.
Top

'Sadko' is the one that particularly took my fancy from a quick shuffle through his credits after my viewing of the 1946 film (this was before reading comments; it seems as though it was butchered and repackaged as a Sinbad film for American audiences...). Plenty of promise in his filmography though and I love the feel, texture and vibrancy of that Soviet colour process. Looks glorious and exquisite and so very suitable for these fantasy realm creations!
That's all, folks!
Top

a) Kivski Freski (Sergei Parajanov, 1966) - hard to say much about this, fragments of work Parajanov was doing for several different films, among them it seems Sayat Nova, but also stuff that was quite unfamiliar, some of it more "modern" and rather avant-garde. Interesting, but it would take more viewings and probably a better copy (the colors in particular, very washed out here) to say more.
b) Seryy Volk end Krasnaya Shapochka / Grey Wolf & Little Red Riding Hood (Garri Bardin 1991) Truly bizarre stop motion animation that brings together not just the Wolf and Red Riding Hood, but also the Three Little Pigs, the Three Musketeers, music of Kurt Weill and others in a delirious and colorful musical adventure extravaganza. I felt that in the second half it got to be a bit much - too much stuff thrown in to distract from whatever story was there - but I still really enjoyed the inventiveness throughout.
c) Karlson vernulsya / Karlson Returns (Boris Stepantsev, 1970) - never trust IMDb ratings and rankings! A fairly boring, and boringly animated story about a kid with a new nanny who's longing for his apparently imaginary friend Karlson, sort of a fairy with a propeller, to come and take him away or at least make life more interesting. Shades of "The Cat in the Hat" though for all I know the source this was based on is older. Anyway, slightly amusing at times but pretty forgettable.

That's it for my contributions, thanks funky!
Top

St. Gloede wrote: ↑January 31st, 2019, 4:33 pm He had already made his first student feature two years before, competent, perfectly ok, but entirely forgettable. The Steamroller and the Violin on the other hand is, in my opinion, genuinly a great film, and it feels like the worst of an experienced and skilled director.

funkybusiness wrote: ↑February 1st, 2019, 8:04 am @Knaldskalle, yeah what Gloede said. Tarkovsky had worked on a short (20m) adaptation of Hemingway's The Killers, which I find decent, and then a film about a bomb disposal entitled There Will Be No Leave Today, which is less good, before doing The Steamroller and the Violin as his graduation/diploma film. Ivan's Childhood was originally to be filmed by Eduard Abalov, another young director, but his work was deemed "unsatisfactory" after a month-ish, and so the head of Mosfilm, after seeing Steamroller/Violin and thinking he was good at directing children, gave the directing gig to Tarkovsky.

I can see how my comment can come across as dismissive, it wasn't meant that way. I thoroughly enjoyed the movie, which is a lot more than I expected. I've seen a number of "student movies" (including graduation movies) from the Danish Film School and a lot of them (even from talented directors) are basically exercises in style, and often not very successful exercises. I'm sure it's a great learning experience to make a movie like that, but it's not always a great experience to watch the result. That's where I was coming from, and there was none of this to be found in The Steamroller and the Violin, which was both a relief and a joy. I did at times feel like I was watching a Russian language version of Le Ballon Rouge, but that's not a bad movie to steal from, to be honest. It still doesn't come close to his later movies in terms of quality and depth, but the talent is evident.


funkybusiness wrote: ↑February 1st, 2019, 8:04 am My favorite Tarkovsky work related story is that between Stalker and Nostalghia he had gone out for a few months and was shooting a film about the life of Peter the Great before authorities shut the production down. He told them he hadn't shot much so they need not scrap any footage because there was only a reel or so shot. Uh huh. So there may be an entire lost Tarkovsky film sitting under someone's bed like the original cut of Rublev. What I find most odd is how little information there is out there about this possible non-film. My conspiracy theory radar humms.

Tell me about it. Was planning to watch Stalker last night. Nope, Real Life intervened and I had to spend it on the phone with a realtor. Bidding wars on houses are no fun, lemme tell ya.

@OldeAle, did you watch the new restoration of Kivski Freski? It's available 1080p on the Second Sight version of the new Sayat Nova bluray. There's a subtitle commentary track by Daniel Bird as well. If your answer to my first question is "no", message me in a couple days.

@Knaldskalle, I don't even know who was acting in the film, that's how little info there is out there about it, but I haven't checked Russian language sources yet.

and that's it, folks! Thanks for participating! Final tally below 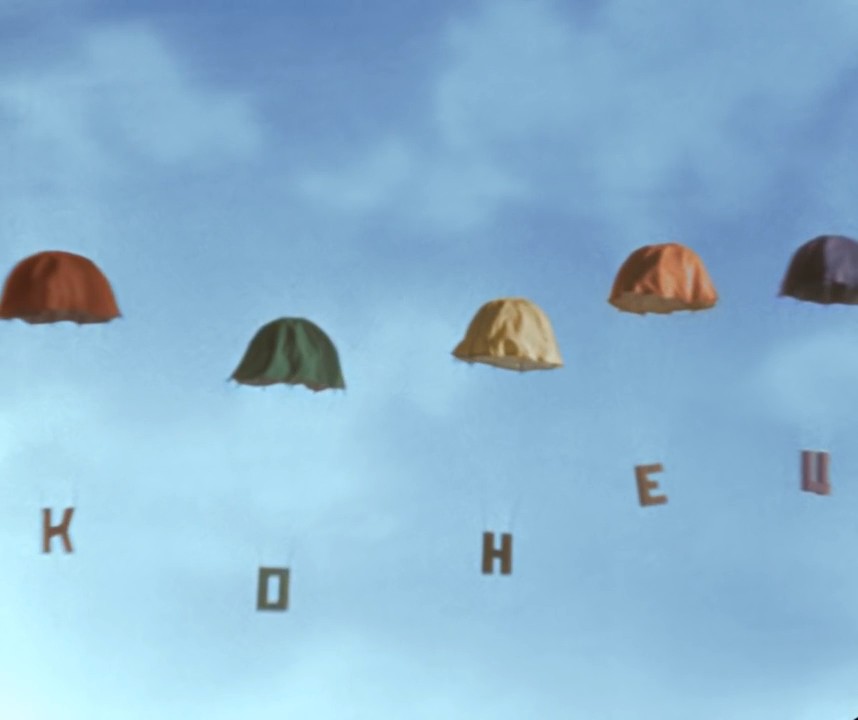 Thanks for hosting funky

Yes, thanks for hosting, funky!

Oh and congratulations to jeroeno, Knaldskalle and sol for kicking everybody's ass

It was late and I knew I was forgetting something!
Top

Thanks for hosting, Funky!

I found a few new gems this challenge and a couple of stinkers, too.
Top
Post Reply
256 posts