Got bronze on the Portuguese list. Now on to the Spanish ones.

4. A escondidas / Hidden away (Sp 14) - double
Comment in LGBTQ thread

Its humanity breaks my heart and makes me exquisitely and rapturously joyous at the same time. An extraordinary collection of performances. A truly marvellous and beautifully nuanced film of life and its poetry of interaction and observation. This is the second time I've seen it and I cherish its qualities close to my heart.
That's all, folks!
Top

I only saw it once but I remember was quite transcendental 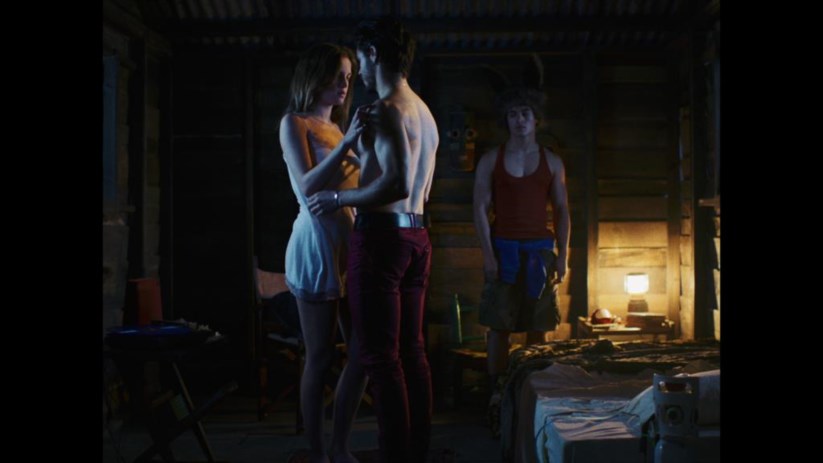 (*The TLA Releasing company released on DVD in 2015 a compilation/anthology of Juanma Carrillo's shorts made between 2009 and 2013 - http://tlareleasing.com/films/dishonore ... lo-shorts/ -; some of the shorts (not all), like 'Caníbales' 'Perfect Day', 'Cuerpos deshonrados', 'Fuckbuddies' and (my favorite) 'Andamio', have individual pages on IMDb/iCM, but I'm listing here the complete portmanteau released by TLA)

As per The Impossible, Bayona lays on the sentiment too thick here with an utterly maudlin ending that minimises the impact of the thrills and chills along the way. That said, the scenes in which we are not sure whether or not she is imagining actually seeing her son's imaginary friends are great, but not the more explicitly supernatural bits. All of the talk of exorcism, past spirits lingering on "like an echo" etc is has all been covered better in the Poltergeist trilogy - but the film's avoidance of ostentatious special effects is certainly a nice touch.
Former IMDb message boards user // iCM | IMDb | Letterboxd | My top 750 films // Long live the new flesh!

Hi! Did you watch this with English subs? If you have them do you mind sharing?
Top

Hi! Did you watch this with English subs? If you have them do you mind sharing?

2. La ardilla roja 1993 — a.k.a. The Red Squirrel 8/10 (Spain)
Weird, with lots of attention to details and beautiful cinematography, especially noteworthy are the squirrel POV shots, one of the many motifs that is all but clear in its interpretation. The ending is a rather unsatisfying but acceptable.

Well, as long as you award two spoiler tags of the week next week.

the rain in Spain or some shit like thatShow

a) La cabina / The Phone Box (Antonio Mercero, 1972,Spain) - awesome allegory about fascism in the form of a story about a man who goes into a phone booth placed in a public square, gets trapped, and ends up...well, you'll have to see for yourself. I'm sure some of the details in this fairly simple film have to do specifically with Franco and Spain, but it's an analogy that would work in any totalitarian society where people are trapped and disappear, and the populace for the most part just goes along like nothing out of the ordinary has happened. See the current situation with the Saudi journalist and the US President's responses for example. Too scary to be horror fiction, actually.
b) Pedro Abrunhose: Momento (Manoel de Oliveira, 2002, Portugal) - music video showing the eponymous singer doing a duet with a female singer - it's a nice romantic ballad sort of thing - intercut with some vaguely romantic, impressionistic scenes of a man, a woman, a hotel perhaps? - not subbed, so I don't really know what the lyrics meant, but it's a nice little bit of musical romance regardless
c) A Caça (Manoel de Oliveira, 1964, Portugal) - short about a couple of boys who want to go out hunting, but don't have a gun - they go out anyway, into a swampy marshland, arguing about hunting and guns and vegetarianism (!! I'd imagine an odd thing in 1960s Portugal - or most places), until one of them falls into a mud-pit and starts to get sucked under, while the other boy runs for help. matthewscott's IMDb comment really goes into this thing and what it all might mean, I'd recommend everybody read that - after seeing it. I can't be quite as enthusiastic after one viewing but it certainly is a strong statement about community and the fragile bonds that hold us together...sometimes.

More Franco, my 4th in a month. Am I becoming a fan? Not really, not yet anyway, but this had it's moments of interest. The horror elements are overall pretty light, this is mostly sexploitation with a few moments of blood and fright near the beginning - Christopher Lee talking about De Sade while bad things are going on behind him, that's a fun way to open the film - and near the ending. Basically it's the story of a luscious, innocent and nubile girl, Eugenie, who comes to stay with the somewhat older Marianne (Maria Romm) and her husband/lover/?? (Jack Taylor) on a beautiful Mediterrean island, and is "corrupted" into the ways of De Sade. A lot is not clear - what is Eugenie's relationship with Marianne? Why is she there? But these questions don't matter too much, though as some other reviewers have said the whole concept of corruption isn't handled very well and when we finally have Eugenie seemingly indulging in debauchery, it isn't convincing. And the dreamlike qualities that worked very well in Vampyros lesbos are less impressive here, perhaps because the fact that some of what Eugenie is experiencing is in fact dream - it all becomes a little too literal. But the cast, costumes, sets and photography and music are beautiful and this fits in overall well with the other two Francos I watched for this challenge. It's not exactly my cup of tea overall but it certainly wasn't a bad watch.

Perhaps the find of the challenge this month; the other two films I rated as highly so far - Onibaba and La torre de los siete jorobados were films I had high expectations for that met those hopes. Here, I didn't know what to expect, and got something that while probably not a masterpiece was still genuinely fascinating and full of surprises and cinematic invention. It's a film-within-a-film, though we don't find that out until 20-25 minutes in - though perhaps we might suspect something unusual during the opening credits if we're in tune - wherein a nerdy, doughy man (Michael Lerner, quite brilliant here) who lives with a domineering mother (Zelda Rubinstein) in a strange, decaying apartment filled with birds and snails among other detritus, who works in a hospital, goes apparently mad and starts killing people and taking their eyes...but then we are watching the spectators in a movie theater in LA, watching this film, and they have their own horrifying problems to deal with, even as our character from the opening film-within segment enters a movie theater and starts watching the 1925 Lost World and...well, I'm probably already on the verge of saying too much. The ways in which the films interact with each other, and Luna's deft appropriations of just bits of film history - moments from Hitchock's The Birds and Spellbound as well as the more obvious homage to Psycho - it's all quite entrancing, frequently riveting, and sometimes even quite funny. I think there are some elements of the early part of the film that might have been developed more, and I'm not entirely sure how much I connected with the very ending, but this was overall a pretty great experience and I have to mention also the amazing Rubinstein, best known for her role in the first three Poltergeist films as the medium; her strange mix of little girl (in both voice and face) and old woman qualities is sad and chilling and all kinds of other things.
Top

While it doesn't enter me officially into the challenge because I only watched the one short so far if anyone needs to watch 13 minutes to make up a point I watched Elefantes sobre una telaraña (2011) last night and I'm the first person to check it. Here is the YouTube video if you so wish. 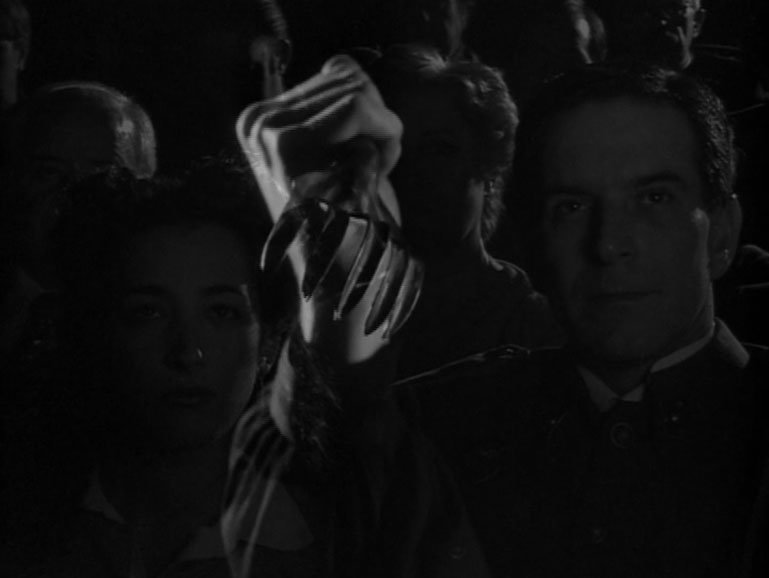