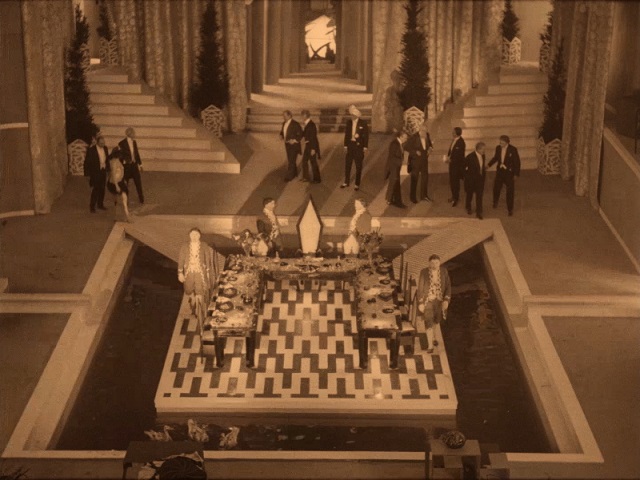 Summary:
Claire Lescot is a famous first lady. All men want to be loved by her and among them is the young scientist Einar Norsen. When she mocks at him, he leaves her house with the declared intention to kill himself.

Btw, besides cocoa and me, who else has seen them all? I see Armoreska is missing 4. He might catch up.
https://www.icheckmovies.com/lists/icm+ ... /joachimt/
ICM-profile
Fergenaprido: "I find your OCD to be adorable, J"
Top

I have the Flicker Alley blu-ray of this. Looks okay. L'Inhumaine has the most gorgeous set designs and really is a futuristic movie in almost every sense of the word - except for the story, one of jilted love, that one is fairly pedestrian. Worth seeing for the visuals for sure.

I stopped prioritizing the FOTW project when we switched formats. There are just too many films I want to see, and these were hit and miss for me. I still watchlist most of them, though, and intend to see them at some point. And I will still comment on the ones I've already seen. Currently 6 dislikes and 3 favourites, but 2 of those faves were from before they became FOTW. If something really interesting pops up, I may watch it that week, but I no longer feel pressure/obligated to try and watch each one.

Fun fact: I'd only seen 2 of these films before the project began (Margaret's Museum & For a Lost Soldier), including one of which I nominated for FOTW. I think I've seen about a dozen or two additional films from the list before they became FOTWs, but I can't be bothered to sort out which ones.
Top
Post Reply
4 posts • Page 1 of 1