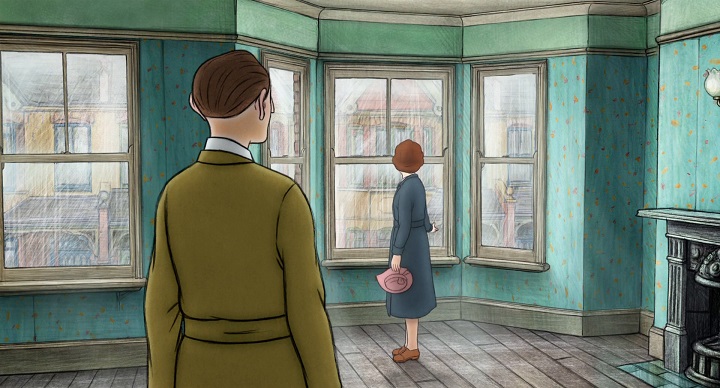 Summary:
The life and times of the parents of the hailed British graphic novelist, Raymond Briggs.

A sweet film about the creator's parents. Watched it two years ago when programming for the ICMFF. It's a slow, thoughtful, and gentle film about two people over time (including the requisite war period) that never dragged for me yet never felt rushed. I liked the animation as well as the progression of the story. I think it's a wonderful tribute to one's parents, and while it's deeply personal I think there are a lot of elements that are universal and will help most anyone relate to the film and it's characters.

Sweet is the right word, but I found it all a bit too generic. It's a generic couple and they are probably very recognizable for a lot of people who had parents from that generation. 6/10
ICM-profile
Fergenaprido: "I find your OCD to be adorable, J"
Top

The home front in London and then middle class midcentury Britain. It's a familiar story, told many times before. The generic plot isn't helped by the many, many scenes of just someone reading current events from the newspaper. The class theme was admittedly interesting.

But for all that, it's a poignant and sweet movie that manages not to be cloying. That alone offers great value. I enjoyed this movie.
Top
Post Reply
5 posts • Page 1 of 1