The illustrious M. Fric, with well over one hundred films to his name, and a career spanning 5 decades, is without a doubt one of the most notable comedy directors of all time.

Let's talk about him. 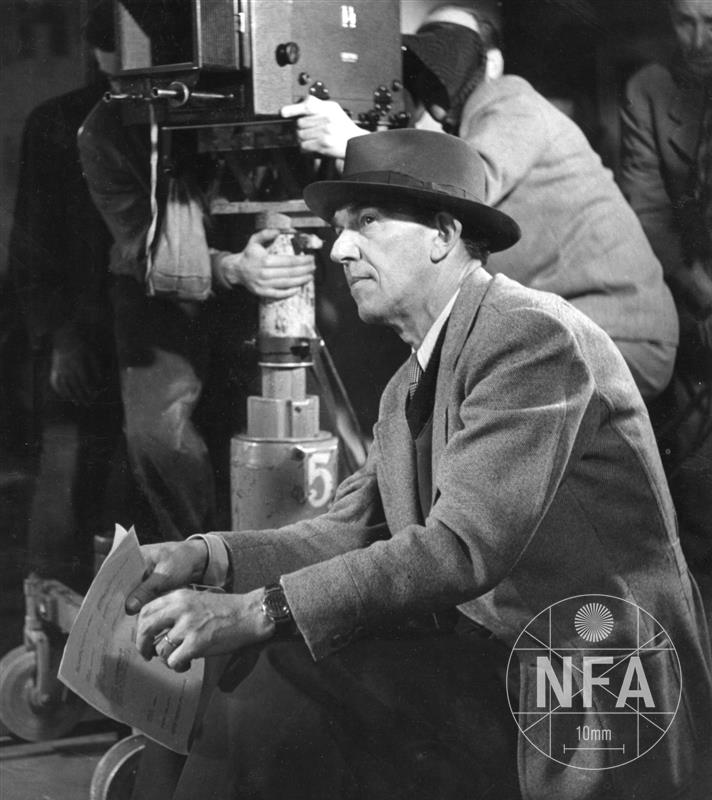 Martin Fric is arguably the closest the eastern block ever got to the sense and sensibilities of the classic Hollywood director (in the best sense of the word).

The film came running as if on an assembly line, often 4+ a year (during his prime), and we are still left with so much greatness.

Almost every major film he produced in the sound era was a comedy, typically slapstick, where confused identities, bizarre misunderstandings, stranger schemes and/or characters larger than life clash for 90 minutes.

His films are charming, well-crafted, hilarious and surprisingly diverse. He is not a flashy director, but as proven by Kristian he can pull off grandeur, including impressive long takes, while Hej-rup proves him to be able to enter extreme speed and create semi-surreal worlds akin to Rene Clair. At times he can remind you of Chaplin and the silent greats, at other times he may be closer to Hawks or Wyler.

Look at the differences between the films with his two most used leading men for instance: Vlasta Burian and Hugo Haas. It is almost night and day.

Personally I am not a major fan of his earliest talkies, the sound is a little off and in my opinion he struggled a little. I also found that his films with Burian always fail to win me over completely, but this is exclusively a matter of taste I'm sure. It is also strange to see his transition from biting silents to full on comedy, and his early work is particular is more silly than clever (though still very popular, see Anton Spelec for instance).

So far I have seen 23 of his films, and have found about half great, and essentially all good. What is your impression?

I am so happy you started this thread!

I stumbled onto Fric a couple of years ago, and have been enjoying everything so far. I've seen six of his films, and a whopping FOUR of them have wound up on my Favorites list (in no particular order here): Císaruv pekar - Pekaruv císar (The Emperor and the Golem), Varhaník u sv. Víta,Kristian, and Pytlákova schovanka aneb Slechetný milionár (The Poacher's Foster Daughter or Noble Millionaire). The three sound films are light, funny, clever, and lovely -- perfect escapist fare for when you're stuck at home on a rough day (say, during a global pandemic?). I kept having so much good luck with Fric that I grabbed every film of his with English subs that I could find, and I look forward to them! Particularly recommended for fans of Lubitsch and Willi Forst.

(The other two films I watched, which were certainly not bad, were: Eva tropí hlouposti and At zije neboztík (Long Live the Dearly Departed)).
Top

burneyfan wrote: ↑
March 18th, 2020, 8:08 pm
The three sound films are light, funny, clever, and lovely -- perfect escapist fare for when you're stuck at home on a rough day (say, during a global pandemic?). I kept having so much good luck with Fric that I grabbed every film of his with English subs that I could find, and I look forward to them! Particularly recommended for fans of Lubitsch and Willi Forst.

So funny you should say that, I had stocked up too, and have seen 5 of his films since going inside for the long-haul this weekend, and it is absolutely true. Great comparison to Lubitsch and Forst, that is a much better comparison, though I did stumble over this quote from Fric:

"When the sound era of films came, I took a break. I didn’t understand it well and therefore I went to Berlin and Paris to gather experience (…) Shortly afterwards there were at least two reasons why I had to set off for America. Firstly, I wanted to see all Chaplin’s films (…) Then it was a purely practical reason because they probably had most experience. I was particularly interested in the technical side, the technology of production starting from film crew organization."

And I have to say, even without knowing that I really felt Chaplin in the early scenes of A Dog's Life (1933), great farce, saw it two days ago.

Kristian, which is arguably his best film, or tied with Hej-rup, is certainly Lubitsch material.

(I did not love he The Emperor and the Golem, nor Poacher's Foster Daughter or Noble Millionaire, the second I may change my mind on if I rewatch it, but both good).

Until yesterday I would have said he somehow lost the touch for drama in the sound era, but that would have been on his version of Janosik alone (silly and overdone). Ironically the film that changed my mind was Varuj ... / Beware ... with the same main star (now as co-director) and it was also overdone - in a very different way. I was actually really fascinated here, as the visual language and tone reminded me of the Fascist/Nationalist expressions from Germany just before - the heroic portrait, the strength, the love of nation, etc. but handled in a different way (and the ending was not quite as expected).
Top