So Petzold is someone I've continously become more and more interested in over the last couple of years. At this point he's handily the most internationally famous German director working in Germany, significantly outgrowning the recognition his contemporaries from the Berlin School get (perhaps bar Maren Ade but that's not a fair comparison as 95 % of her international recognition is based on the success of Toni Erdmann). My first encounter with him was watching Barbara on German TV in highschool - and if memory serves it's the closest thing Petzold has ever done to a run of the mill German historical drama - for a long time the only thing out of Germany that seemed to be able to have tangible international success - and surprise, surprise: the film was a big break for Petzold even though he in my mind made much more seminal films before. It didn't really strike me as something exceptional to watch out for back then, though I certainly enjoyed its calm earnesty and crisp attention to detail and its spaces. I guess it's up for a rewatch at some point. Well anyway, later the same month I somehow went on to watch Die Innere Sicherheit which was somehow implanted in my mind as a huge German classic (comparable to Lola Rennt, The White Ribbon or Der Untergang) - bafflingly that was not excactly the case... However as opposed to Barbara Die Innere Sicherheit actually did knock me off my socks. It's such an emphatic and intense coming of age story. I don't think Petzold ever quite made something as intimate, immediate and unconstructed afterwards and the film deserves wider recognition compared to his recent successes. It could handily be seen as his best film.

Well, I think I watched Phoenix - which was at that point slowly racking up international fame - not too much later and I think that's where I was sold on Petzold. I think it's the film of his that got the most attention so I'll hold out on writing more on it. Later on I missed Transit in the theatre both when I was in Berlin and when I was at home (where it played for like 3 days) but eventually caught it on Netflix. I also watched Yella which was on TV at some point and Jerichow. I also missed his new one at the Berlinale because the online tickets were sold out in 5 seconds

- well, anyway, point is I watched some more of his films and his way of telling stories is really quite striking. He's a hopeless romatic, he loves remaking American genre films in contemporary Germany. All of his films are materialist love stories about ghosts, drifters, and their economic situation (which is almost weirdly specific). He's also an incredibly insightfull cinephile. I remember watching an Arte piece on German cinema (again on TV) where he talks about the work of Helmut Käutner. Specifically he talks about the opening scene of Romanze in Moll, he talks about the material situation and how the husband treats his wife in the bed like a car in a garage, how he doesn't notice that she's dead or dying and just continues talking. He particularly praises how this opening scene introduces the dependancy and exploitation in the relationship. He doesn't necesarilly say much but that was one of the most insightfull commentaries I've ever heard from a filmmaker and it significantly widened my understand of films and how they can portray material relationships. At that point I kinda just wished for the history of German cinema narrated by Christian Petzold in 10 episodes. He also makes some very striking commentary on Unter den Brücken.

Petzold has a didactic analytical way to read scenes that he learned from Farocki. He has an immense understanding of what a picture can tell and that is also what is so striking in his films. His closest peer is undoubtedly Chabrol who did much the same sharp materialist indictment of the burgoeisie on his best days. Chabrol is also one of the filmmakers most often mentioned by Petzold (I think he particularly enjoys Wedding in Blood) but Petzold is perhaps even sharper. Each movement in his films expresses economics, relationships of power, it's a deconstruction of the Golden Age of Hollywood (and also at times of the New Wave), yet his films are at heart actually contemporary renditions of Germany. He made another striking comment in an interview:


I always thought that Germany has almost no pictures of itself. I wanted to tell about a country that lacks space for pictures. We have townhouses, we have Bayer, we have Volkswagen and the SPD but no real pictures. The Americans show gas stations in red evening light, the french show two people smoking a cigarette in front of a copper-roof in Paris. They have pictures. We don't. Is that because we screwed up all revolutions, because we lost everything? We have no mythos but the nationalsocialist one.

I think he touches something very important about contemporary German cinema here and you can see it quite strikingly in his films. Petzold utilizes Landscapes that are otherwise not part of cinematic heritage, he turns the industrial suburbs of Hannover in a cinematic world in Yella (a remake of Carnival of Souls), a film which dramaturgy falls apart but is entirely saved by Petzold's rendition of spaces (in that respect it's perhaps his most stunning film, in most other respects it certainly isn't). He does the same in Jerichow (remake of The Postmann Always Rings Twice) for the German north-east (though this time the central conflict is quite potent). And I think Wolfsburg - a film about a Germany's largest planned city - might be a remake of This Man Must Die. Situating films in places is something that Wenders, Fassbinder, Straub, also did and certainly the directors of the 20's and 30's but in todays Germany it's somehow a rariety. Even Petzold's two newest historic films are ultimately deconstructions of places, impossible places, non-places, haunting and impossible to flee from.

I don't know, what are your thoughts on him? Anyone know where to find his early TV films before Die Innere Sicherheit? I think they're on worldcinema but I don't have a nitroflare account and don't want one. 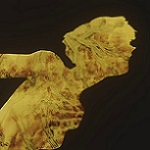 Good summary here. I’ve always found Petzold an intriguing figure, though haven’t been crazy about any of his work, except for Yella, which I wrote an essay about the architecture of for an ex-gf. He’s undoubtedly a cerebral filmmaker, but if I had to make a critique of his oeuvre, it’s that he loses a lot of the potential of his work in pursuing nuance, could even be termed a minutiae director. A lot of it is ripe for a revisit for me though.
Top
Post Reply
2 posts • Page 1 of 1