I finally watched Parasite today, and I'm one of its fans.

The ending reminded me of The Lives of Others, and I couldn't pinpoint why until I realized both are rare examples of films that end on an old-fashioned epilogue--and both end on a perfect note. It's treacherous waters, and can come off as an unoriginal and hackneyed way to wrap up your story in a neat little bow. But when done right it's hard to beat.

What are some other examples of films with great epilogues?

Arguably, in order to qualify as a proper epilogue, the ending should:

-Take place after a time jump after the main action
-Be relatively short to the film's running time, or at least offer no new major conflicts
-Have a focus on resolving the film's story, themes, motifs, or all three.

(am I forgetting any? I don't want to be too restrictive)
[a LION eats GOD. Gunshots ring out. MATT turns around]
MATT: That's the guy I was telling you about.
Top 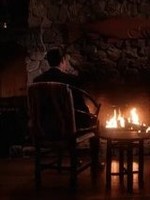 This is a little hard for me to define but a few favorites that come to mind that I'm pretty sure fit in with what you're describing - A.I., Magnolia, and Silence. And for me, without giving anything away for those who haven't seen it yet, the final part of Twin Peaks: The Return feels very much like an epilogue (and is also one of the best fictional endings I've ever seen).
Top

I liked Atonement's epilogue, though I know opinions on that movie are divisive. Other epilogues I enjoyed: Cold Summer of 1953, The Sandlot. In contrast, the epilogue for Heaven's Gate was even worse than the prologue. And the framing scenes for Saving Private Ryan were terrible.
Top

An imaginative, interesting finish to a film is one of the keys to its success in my book, and epilogues can either uplift or diminish a good film. For example,
Claire Denis has created some great "epilogues" for several of her films (thinking Beaux Travail and Intrus, among others) that really helped to crystalize them, whereas the power of a film like Taxi Driver is undermined by its very typical postscript (though I still like the film a lot). In contrast, coming back to Denis, I find myself ruminating now on the last 5 minutes of Chocolate, where the two protagonists of the story (told in flashback) are at the airport together, unbeknownst to one another, as their lives continue down very different paths.

One of my favorites, recently was the epilogue to Valeria Grisebach's Longing, where a group of kids at a playground talk about something they heard that happened in their neighborhood some time ago.

In general, though I believe most films falter toward and at the end for failure to finish outside the box.

Not sure how lively this discussion will get, but would love to go deeper if others will participate.
Top

Just watched Sembene's Black Girl, and it's got a very strong epilogue.
Top

Hmm, intended to reply to this when it was fresh, probably wasn't that awake when I first saw the thread and then forgot about it, sorry. GREAT TOPIC. Anyway I think the OP gets at what an epilogue is or should be pretty well, but a lot of it is still arguable I suppose. Some personal favorites that I think apply in most respects - the top 2 from my top 5 films of all time so you know I like this kind of thing -

La La Land - this also qualifies as something Rosenbaum calls the "false happy ending" - another example of that would be Brazil but I don't think that qualifies as an epilogue. This does, with it's "5 Years Later" title card, and even the title "Epilogue" given on the soundtrack CD the the music track that accompanies the fantasy sequence just before the end.

Stalker - this doesn't necessarily take place significantly later than the action of the film, but I don't think it's clear how much later it takes place actually. Certainly it "wraps up" the story and theme in an interesting way and I have to say that seeing this in the cinema the first time, and not knowing what was coming, was one of the most powerful moments in film viewing I've ever experienced. You could also argue that the color icon images at the end of Andrei Rublev constitute an epilogue of sorts.

And my favorite film from this past year, Greta Gerwig's Little Women has not one but two concurrent or alternate epilogues, either or both of which might be the "real" ending.

Related would be the frame-story that takes place years later, and wraps up the central story at the end - The Bridges of Madison County is a signal example.

The last scene in Lav Diaz' first great film Batang West Side has a very epilogic feel though I don't remember now whether it takes place significantly after the events of the rest of the film or not.


I don't see any easy way to search for this theme/keyword unfortunately; IMDb is little help and nothing else I'm doing seems to work either. I'm sure there are loads more, for some reason I feel like I've particularly seen a lot of Japanese films that would apply but I'm just not thinking of them now.
Top
Post Reply
6 posts • Page 1 of 1