At the ICMForum we love movies and lists and discussion. Come join us.
https://forum.icmforum.com/ 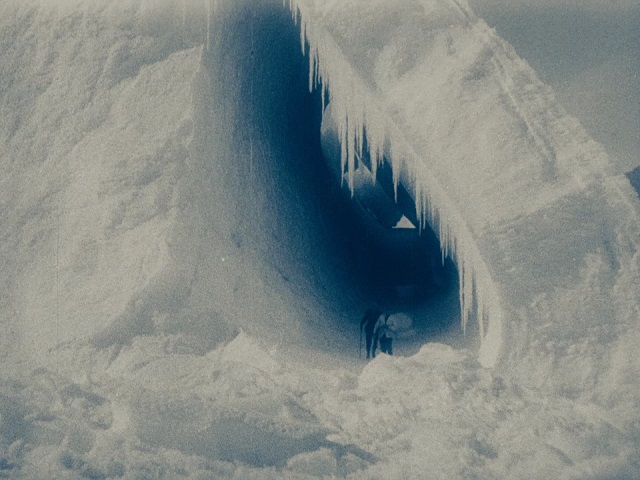 Summary:
In 1910 the British Antarctic Expedition, led by Capt. Robert F. Scott, embarks from Lyttleton, NZ on a quest to become the first to reach the South Pole.

Here is a schedule of all the FotWs.

by mathiasa
There are a couple of (ant)arctic silent documentaries and they are all great and this one is no exception. I found The Great White Silence at the same time a little bit boring and yet very fascinating. It's an important historical document, but it's also more than that. 6.8/10

by Coryn
What an extreme coincidence.
I stumbled upon a video on youtube about the race to the north pole between Norway and UK. It interested me a lot and tried to find a documentary on youtube about it but only found those BBC like documentaries.

Now the film of the week is exactly what I have been looking for ! Sadly I know the story already but will surely add it to my watchlist.

by Cocoa
I watched the silent BFI restoration copy of the film, and oh my gosh, this film is beautiful. I mostly loved this film. I would have included it on my 500<400 list if the film wasn't already over the check limit. There are comedic scenes, cute animal scenes, animal facts, ship sailing the ocean scenes, sad scenes, etc. There were a few things that made me cringe or feel a little awkward. I'll just put all the specific scene commentary under the spoiler tag.

SpoilerShow
The black cat's name is the n-word

The cat is cute, but I just can't with the subtle racism even if it was 95 years ago.

The dogs weren't shown much near the start, but later in the film, when they do get camera time, their little tails wagging

and then a scene later it was stated that the crew killed animals to fight off scurvy... RIP cute animals.

One of the commentary line the person gives when talking about the seals was gross. He commented about how the seal cubs wouldn't look any better once they got older and used their mom as an example and trashed her image.

Some of the penguin commentary was also... a bit on the weird jokey misogynistic side. I don't share the same humor as the person who wrote all the lines for the film.

Someone going for a walk and never returning... It sounds like a mix of comedy and mystery/horror the way it was introduced. More people died in the film

Although the film could have made me feel more empathic about it if the crew were used more in scenes throughout the film. It's sad that people died, but I didn't really care about any of them individually.

The scene of the ship breaking the ice while it sailed was cool for a few seconds, but then it just became awkward because of how long that scene was and I had enough time to think about how the ship was destroying the ecosystem for animals that walk on ice

Also, the director made bird mothers leave a few times to get shots of their babies. I don't know how ethical the director is. At least he didn't kill them and let the mommies come back, so he's not completely terrible on the topic of ethics, but still some scenes are awkward to watch because of this.

by blocho
Well, there are definitely some deficits in this movie when it comes to filmmaking ...
SpoilerShow
- For one, it's very, very heavy on intertitles. My guess is that more than half of the runtime is intertitles. As such, it feels a lot more like a travelogue than a coherent movie.
- There's a 25-minute gull/penguin section in the middle. And while we all love penguins, it runs on a bit long.
- Also, Ponting did not accompany the actual journey to the pole, so the final 30 minutes or so is mostly excerpts from Scott's diary and previously filmed scenes of men pushing a sled or sleeping in a tent.
- And then there's the whole scene with the black cat, which is certainly not amusing now and even in the 1920s wasn't amusing for a lot of people.

On the other hand ...
SpoilerShow
There are some startlingly beautiful images. I suppose many of us have seen modern images of the Antarctic over the years, so the appeal here lies in how the imagery hints at the preternatural, the exotic, the unknown, and the sublime. Someone with a Romantic temperament can't help but see these images as an expression of Romanticism. As I watched, I tried to imagine the mentality of one of these explorers. The Antarctic is just as remote and dangerous now as it was then, but in the 1910s, it was sometimes literally off the map. The men of the Scott expedition saw places no one had ever seen, and this voyage into the unknown implies all the fascination and fear that accompany a trip to new realms. When I watched the pod of killer whales, I suddenly felt the mystery of the sea, a repose of giant and strange monsters. The irony is that the Scott expedition was partially a scientific expedition, and to record the expedition Ponting is using a camera, one of the great tools of knowledge. Even as the voyage engages with romanticism and the unknown, it clarifies the mysterious and eliminates the unknown. It carries the mark of knowledge and reason.

by Minkin
I read somewhere that they were told to get as much penguin footage as possible, because the British public were craving a look at penguins (not much has changed I see!)

Its been a few years since I watched this, but I can't get enough of travelogues, let alone Antarctic ones, let alone silent ones!

Despite the flaws, you can't help but be impressed with the amount of effort everything took (especially for the filmmakers). The continent had barely been explored and they weren't exactly the best prepared for this expedition.

SpoilerShow
The ending of this film is just heartbreaking - with how far they came, only to miss out and then die on the journey home. Especially with how close they came to the resupply point. But so is the way with these sort of adventures - as a struggle just for existence.
I hope we do The Epic of Everest at some point, as I need to watch my copy of that film + will have a lot to say on it.

by Coryn
So, can anyone explain me how Ponting managed to get so far with his camera ?

SpoilerShow
I'm pretty sure Ponting never went much beyond base camp at Cape Evans. All the shots that purport to show Scott and his company making the trek to the pole were, I believe, filmed before Scott's departure. And yes, I think the entire story came from Scott's diary. I've never heard anything about the other members of the final party keeping a diary.

by xianjiro
Very interesting historical document. I watched a copy on archive.org though I main complaint was the endless loop of insipid music - reminded me of the theme from the original Halloween, only much happier. UGH! After a while I turned down the volume, then turned it down some more, and finally just had to mute it. Can't imagine this was the music added by BFI during the restoration, but don't know.

It's not hard to imagine that the public would have been queuing up to see this back in the day. Quite a glimpse of an alien world and its inhabitants. Others have noted the quaint bits of misogyny and racism that poke their heads through and if the visuals weren't enough, we have that historical record in a place one wouldn't expect it.

One also wonders how Ponting kept the camera working in the extreme conditions. Even that alone is a testament to man's determination to overcome obstacles. Still, I found the closing few minutes of the film a bit troubling for their uncritical look at Scott's Folly and the lives it cost. Maybe the British public, with their endless need for reinforced glory of empire, weren't quite ready for a critical look at why the Scott expedition ended in disaster when Amundsen's didn't. Bit too much hubris for me.

Still, engaging period piece worth the effort to track down and watch. My rating is similar to @mathiasa - rounds up to a 7.

by Coryn
Thanks for the explanation Blocho. It's amazing though how Ponting decided to stay for so long as he could've easily went back after a month when the ship went back.

I also looked up a story on Wikipedia and there is a part missing including a miscommunication and a 'fight' between Scott and his crew member which was in charge of the ship when he was away. Also some doubtful decisions were made on Scott's part according to the text.

by 72aicm
...
All times are UTC
Page 1 of 1
Powered by phpBB® Forum Software © phpBB Limited
https://www.phpbb.com/