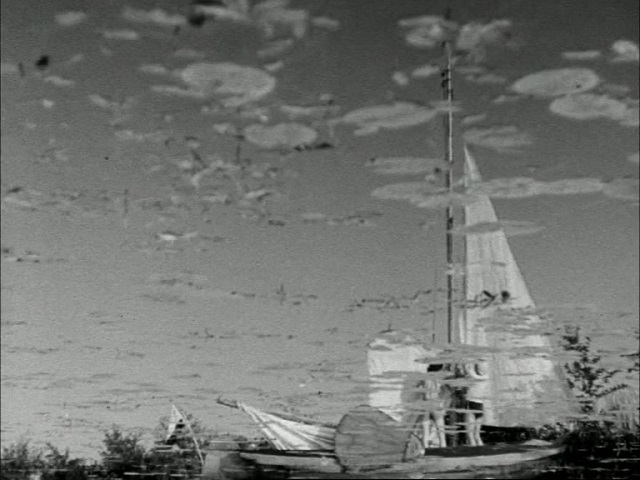 Summary:
Documentary about The Netherlands shown as a reflection in a puddle.

Random fact: This is a short film. It's the first short film to be FotW since I've taken over hosting (there were a few shorts as FotW before I became the host). This film has tied twice in different challenge theme nominations in the past (1950s and In Competition at Cannes), but when it tied, I always ended up selecting another film that received the same number of votes fitting the theme. This time, there were no ties for the challenge theme, so Spiegel van Holland (1950) was automatically selected. Although, there is another film that received two votes that might be a co-production of one of the Benelux countries, Trans-Europ-Express (1966), but that film has a French director and part of the film takes place in Frnace, and I haven't watched it before so I assume it's probably more of a French film than a Belgium film. Regardless, I voted for both films so I don't feel like it's a big deal.

In the future, I plan on changing the rules for shorts in the FotW. Once it's October, any short selected to be FotW will then later be paired with a feature film (that also fit the theme but received less votes). I doubt we'll get many short FotW as it requires people: #1 voting for shorts; #2 voting for the same shorts; #3 that short likely having to fit a challenge theme assuming it doesn't receive the most votes overall; and #4 that short receiving the most votes out of all films that fit the challenge theme.
Top

Yeah, I watched this for the 1950s Challenge last month and promptly added it to my 500<400 ballot. I've tried to find similar amazing things from the film's director in the Benelux Challenge this month. The Human Dutch is also pretty worthwhile for anyone looking for a Haanstra recommendation.
Former IMDb message boards user // iCM | IMDb | Letterboxd | My top 500+ films // Long live the new flesh!

I loved the style and cinematography of this film. Definitely adding it to my 500<400 list.
Top
Post Reply
5 posts • Page 1 of 1