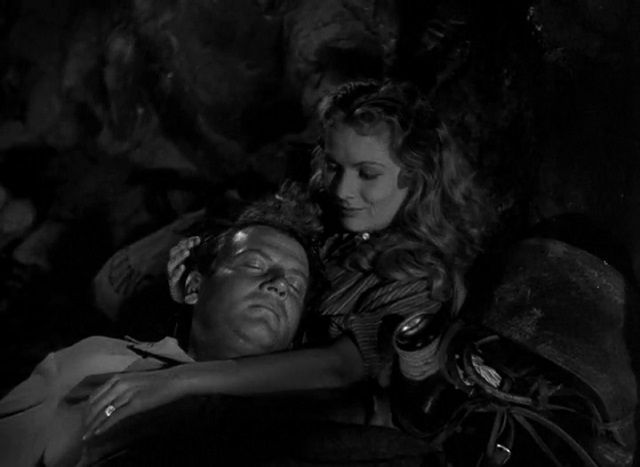 Summary:
Violent feud between Connie Dickason, the owner of the Circle 66 ranch and rancher Frank Ivey, the self-proclaimed boss of an otherwise public grazing land.

It was western of the month.
ICM-profile
Fergenaprido: "I find your OCD to be adorable, J"
Top

I just watched this and... I was definitely expecting something better.

The editing is a choppy mess. Numerous cut scenes, usually every few minutes or less. If people are talking then there are cuts every few seconds. The cuts aren't smooth. They're highly noticeable and distracting.

It reminded me of this

I just watched this since it fit into the western challenge and since it's FOTW. I fund it pretty average, but it's also not the type of film I typically seek out. The characters didn't really engage me. I agree on the frequent cuts you mentioned, cocoa, but didn't pick up on them to the extent you did. Woah, that Queen clip though: that's a lot of cuts.
Top

I watched it for the WotM, remember it to be a decent enjoyable noir-western
Top

Don't remember much about this. Rated it 7.4, which means that it was good, but not great. I vaguely recall that the cinematography and the score were the highlights for me.
Top

Fergenaprido wrote: ↑
May 25th, 2019, 5:57 pm
Don't remember much about this. Rated it 7.4, which means that it was good, but not great. I vaguely recall that the cinematography and the score were the highlights for me.

Pretty much the same place for me. Saw it 8 years ago it seems, but I should re-watch it, I've really gotten to like De Toth a lot as a director - as I've said elsewhere, he really knows how to create a believable three-dimensional visual sense within the flat 2D frame, and this gives his films a great dynamism and a visual flair that''s a little different from what anybody else was doing at the time I think. His town western Riding Shotgun is a good example of this, with Randolph Scott holed up for much of the time in a cantina; also the film I would call his masterpiece, the WWII drama None Shall Escape, all filmed on a set but again giving a real sense of a real small-town structure. He really knew how to work with the limitations of the time.
Top
Post Reply
8 posts • Page 1 of 1