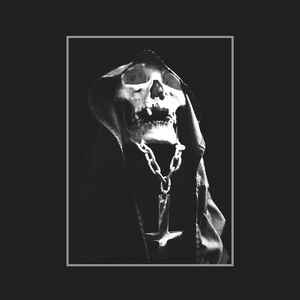 No, you have to search by keywords and then you can filter by 'avant-garde', 'surrealism', etc..

But it appears that 'superhero' was added to the main page as a genre, even though it's not in the 'genre' list when you try to filter movies. Weird..

It's an interesting and cool list that helps beginners, I get that, but haven't ICM... covered that? Are you thinking about creating a

No, I was working on moviemeter.nl where I am a crewmember as well. They do use experimental as genre, but only 403 titles are marked like that. I wanted to do an advanced search on my ratings on IMDb to find more of those movies that should be tagged like that on moviemeter. I guess I'd better use the all votes list from the experimental poll.
ICM-profile
Fergenaprido: "I find your OCD to be adorable, J"
Top

It is pretty ludicrous that experimental is not a genre (I feel the same way of essay films, but I suppose that has a much lower demand - surreal and minimalist would be neat too - and I wonder just how bizarre an "arthouse" genre would be if they ever added it).
Top

It has been revealed President Trump’s favourite film is Gone with the Wind . Other Presidents favourite films have been discovered, like here, if you go further back, Woodrow Wilson watched Birth of a Nation, so maybe he like that.

Cippenham wrote: ↑
June 17th, 2020, 10:50 am
It has been revealed President Trump’s favourite film is Gone with the Wind . Other Presidents favourite films have been discovered, like here, if you go further back, Woodrow Wilson watched Birth of a Nation, so maybe he like that.

I can offer some small measure of expertise here. My first research project in grad school was about Nixon and his relationship to movies and the movie industry. In the article, the author writes:


Richard Nixon went for flicks that featured larger-than-life characters. His favorite was Patton, the biopic about the bombastic World War II general. The president watched it at least half a dozen times, and the movie is believed to have partially inspired Nixon to order the U.S. invasion of Cambodia during the Vietnam War.

There is some truth and some falseness in this statement. It's true that Nixon loved Patton, but there's no evidence that it was his favorite movie. During his time in the White House, he screened it three times, not "at least half a dozen times." Those three screenings of Patton all happened in a span of 68 days. That timespan was concurrent with the US invasion of Cambodia. Was he inspired by Patton to order an invasion of Cambodia? I did a good amount of research, both in secondary sources and at the Nixon archive in California, trying to figure that out. The short answer is maybe. The longer answer is that the invasion of Cambodia, which had been discussed and planned for years, was a rational (though ultimately ineffective) decision made on the basis of definite military objectives. But decisions are based on values as well as reason, and Nixon was a man deeply steeped in cinematic culture and values. He didn't invade Cambodia because of Patton, but the movie may have stirred something in him that tilted his decision-making.

I know a lot more about Nixon and the movies. If anyone's interested, feel free to ask.

I should also mention that despite what the author of the linked article above says, it's not surprising at all that Woodrow Wilson screened and enjoyed The Birth of a Nation in the White House. Wilson was a southerner, a Lost Cause sympathizer, and an ardent racist.
Top

It is japanese, but almost no words are spoken, and it is very easy to understand. I strongly recommend it, it was the short film that won the prize during the Paris International Fantastic Film Festival last year.

Ansel Elgort, star of Baby Driver and the upcoming West Side Story, has been accused of raping two minors. It seems as though there is evidence that can tie him to both crimes. His career is almost certainly destroyed, and given the nature of his crimes, it's satisfying to watch him sink. Spielberg's West Side Story will likely reshoot his scenes (practically the entire movie) instead of releasing a cursed film that would be shunned by the industry. If Ansel did it, and it seems very likely that he did, he is a scumbag.

How many movies with this plot are there anyway? *sigh*

Pure genre cinema isn't about plot, is it? It's about execution. I'd even say it's kind of the point of pure genre cinema to simply take a familiar plot and try to make it your own. The downside of course is that most directors fail

The sports genre in specific doesn't really attract too many directors who care enough to make a difference. It's a bit of a weird niche.
My film review archive

I remember that it was at least entertaining, like Land Tax, despite the stupid runtime. The problem with the genre is most of the movies follow the exhausted David v Goliath formula.

Anyway, that list is really plagued with indian movies, can someone please please please persuade PA to up the threshold? Also, besides the top250, imdb lists don't seem to update.
Top

Eh, I count 7/50 films being from India - I'm not going to bother looking at the other genre lists but I doubt most of them are that much lower. If we're going to have IMDb lists at all it's something we're going to have to accept frankly, and it's one of the (many) reasons why I don't pay much attention to them. It's not like we have the power to force IMDb to change it's algorithms, or that we should make some kind of arbitrary decision to exclude Indian films - and I don't think raising the vote threshold with help much, lots of Indian films from recent years have 10,000+ IMDb votes, more I'd assume than any other country besides the US.
Top

dirty_score wrote: ↑
June 22nd, 2020, 12:18 pm
Anyway, that list is really plagued with indian movies, can someone please please please persuade PA to up the threshold? Also, besides the top250, imdb lists don't seem to update.

Is it a matter of IMDb lists not updating or PA not updating the sourcelist? The first would be a bug on iCM which Marijn should fix. The second is neglect by PA. Since he's clearly in a quieter period again lately, I'm guessing the second is the case.
ICM-profile
Fergenaprido: "I find your OCD to be adorable, J"
Top

(I know the fun lays in 4 happy people seeing Salo <3 but I can't get over that part).
Top

Maybe it's in the arctic circle?
Owner of three platinums:
Top

Is OJ Made in America a film or a miniseries? IMDb seems to suggest it’s a film but the wiki page says it was released as a miniseries and given a theatrical release. I’m about halfway through a copy that is clearly the 5 part miniseries but I’m not sure whether to include it in my film spreadsheet...

Pretty gripping documentary so far (I just finished episode 3). I knew nothing of OJ Simpson’s past—just that he got away with the murder of his wife—and the sport/celeb/black history stuff is really great for contextualising everything. Definitely recommended if you’re at all interested in any of those things or the case itself.
"I do not always know what I want, but I do know what I don't want." - Stanley Kubrick

It's a mini-series, but was first screened theatrically (for Oscar reasons). If I had a spreadsheet I would consider it the former.

Living through that period was wild. The Bronco chase is probably the most gripped I'd ever been to a TV in my life. It seemed almost certain this A-list celeb was just going to kill himself on live TV. Fucking insane.
Top

it's a miniseries. it became a "film" so they could get Oscar nominations (and wins!).

but really I've got nothin'. I've seen like 3 episodes of the Simpsons ever. but I did get the reference.
Top

Thanks for the clarifications, I’ll leave it out. I was 4 at the time of the trial (seems like it began on my 4th birthday) so I can’t really imagine what it was like. I hadn’t heard of that car chase until they showed it, but it seemed insane. Seems like it must’ve been a crazy time in America.
"I do not always know what I want, but I do know what I don't want." - Stanley Kubrick

but really I've got nothin'. I've seen like 3 episodes of the Simpsons ever. but I did get the reference.

Definitely. Thankfully, everything has been pretty calm since then.

When you think IMDb couldn't get any worse, they find a way.

shugs wrote: ↑
Yesterday, 8:11 am
When you think IMDb couldn't get any worse, they find a way.

Doesn't happen on reference view.
ICM-profile
Fergenaprido: "I find your OCD to be adorable, J"
Top

shugs wrote: ↑
Yesterday, 8:11 am
When you think IMDb couldn't get any worse, they find a way.

Wait until they cut that too.

Unfortunately, there was never an experimental genre on IMDb (at least not in the last 15 years). There is an experimental keyword though ... I guess that's almost the same thing.
Top
Post Reply
19113 posts