Decided to do my own, not exactly ranked after the top ten or so.
Top

Edit: Sorry, I didn't see The Prowler the first time BUT NO HALLOWEEN, C'MON.

After seeing your list, I feel like I should add a few more. I didn't really think of Scarecrows as a slasher. Totally forgot Club Dread. Only one I haven't seen on your list is Bloodrage.
"I do not always know what I want, but I do know what I don't want." - Stanley Kubrick

Your last chance is seeing Halloween in theaters, I saw it like that the first time. I don't think it's Carpenter's best though, it's very basic. I vastly prefer The Fog.
Top

Yes, I don't like Halloween or Texas Chain Saw Massacre.

Those are the only good slashers. Well, I guess the original Black Christmas is good too.
My father didn’t have the skill of a professional cameraman. The result? Avant-garde cinema.
Top

Yes, I don't like Halloween or Texas Chain Saw Massacre.

Those are the only good slashers. Well, I guess the original Black Christmas is good too.

Yeah but you have horrible taste in everything

Texas Chainsaw Massacre isn't even a Slasher though, at least I don't consider it one.
Top

Haven't seen too many slashers, pretty few good ones (I don't count gialli). Texas Chainsaw is a fave, other I'd include in my list are: Maniac Cop trilogy, Black Christmas, Scream, Candyman (though the slasher elements are the most uninteresting thing about it), A Nightmare on Elm street. If I had to make a top ten, then maybe My Bloody Valentine, The Burning, The Slumber Party Massacre and Silent Night, Deadly Night.

And yeah Halloween but I really need to revisit that.
Top

FOOLS THE LOT OF THEM
"I do not always know what I want, but I do know what I don't want." - Stanley Kubrick

FOOLS THE LOT OF THEM

TOP TEN HORROR FILMS OF ALL TIME AND BEYOND

#10 THE RETURN OF THE LIVING DEAD
Top

Cool, thanks for the list. Was about to ask for some 2015 horror suggestions.
iCheckMovies Profile | MovieMeter Voting History
Top

IT FOLLOWS for the win! I will hunt the rest down of course, just to have a clear view of the competition.
Top 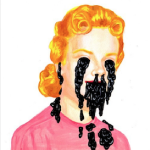 I had no clue it was possible to not like The Burning...its one of the best pure slashers from the 80s..

That film was written by Harvey Weinstein [!]. It was also the first film he ever produced. So I presume it was the first film produced by Miramax.
Top

I have not, but it doesn't involve Perth anywhere so it doesn't help me much

Once again, it's time to subscribe for the Brussels International Fantastic Film Festival (BIFFF), from Mar.29 til Apr.10.

mightysparks on wrote:I have not, but it doesn't involve Perth anywhere so it doesn't help me much

They don't have WiHM events out in the never-never of Australia, but we certainly do here in the UK. Last night I attended a WiHM screening in a small cinema in Brixton, underneath the railway arches.


WiHM advert on wrote:Tuesday night February 23rd is a special night at The Whirled Cinema, London celebrating The Femme Fatales of The Silver Screen both in front of and behind the camera in Honour of Women in Horror Month. On this night they&#8217;re will be a presentation of 10 shorts from 9 of the most talented Independent Female Directors in the industry today. Andy Stewart is the 1st ever Male participant of The WIHM Massive Blood Drive. So to honour this landmark &#8216;INK&#8217; Will be included in The Shorts Showcase also.

Tickets are on sale at www.whirledcinema.com

A mixed bag of shorts, with Vintage Blood and Serpents Lullaby being the most impressive. Even the bad ones like Seize the Night, where a woman made a ripoff of Kate Beckinsale's Underworld franchise starring herself, tended to be endearing. The panel was reasonably interesting, but it probably should have ended there: the Blood Drive segments started to try my patience a bit, and then I walked out of the Dys film after 20 minutes of people sitting around in kitchens talking. I lasted 3 and a half hours, but I think a lot of people left after the panel.
Attendance: I counted 44 people; 22 female and 22 male.
Top

The program is now online...

Lauren,
are you coming to Texas anytime soon?

The program is now online...

I managed to watch 55 movies... Some of which I strongly recommend to horror fans :

31, by Rob Zombie
Patchwork, by Tyler MacIntyre
Pride and Prejudice and Zombies, by Burr Steers (works surprisingly well)
Attack of the Lederhosenzombies, by Dominik Hartl (silly but quite funny)
Seoul Station, by Sang-ho Yeon (Animated film about zombies !

)
I am a Hero, by Shinsuke Sato
Top

I was bored a while ago and made my personal horror canon which I'll update now and then when I see stuff worth adding: http://www.imdb.com/list/ls061672424/

Shares about 800 films in common with TSZDT.
"I do not always know what I want, but I do know what I don't want." - Stanley Kubrick

Just saw Lights Out last night. Was okay. Some of the story felt forced. My friend didn't like the child actor, but I did. Overall, it was okay with some nice scares, but I don't remain ultra-scared.
Top

I hated Suspiria when I first watched it, I think I gave it like a 2/10, but then I had a few dreams about it and on reflection I upped it to a 4 for the music and atmosphere. I rewatched it whilst stoned and the first 14 minutes were amazing, and then as it started to wear off just over halfway into the film I started getting bored. The acting and dubbing are so fecking terrible it makes it look like The Room. But the soundtrack is awesome and the colours are awesome. I actually don't even know what happened in it, all I can remember is bursts of colours and sounds. I've raised my rating to a 6, but I still don't think it's a very good movie.
"I do not always know what I want, but I do know what I don't want." - Stanley Kubrick

Hmm, you're starting to worry me, mighty. What happened to that nice, clean living girl next door you once were? It seems your newfound friends exert a harmful influence over you. Why not just say no? Also, bear in mind that you're a role model to the young girls who happen to frequent this forum - please don't ruin that.
Top

Lol, it's better than drinking. Drunk people are horrible. Also I was alone

Good to hear you don't let your friends push you around. However, if you do get high on a regular basis you might have a substance abuse problem - seek help before it's too late. I sincerly hope this was a one-off - would hate seeing another good soul lost to drugs.
Top

funkybusiness on Jul 24 2016, 08:36:37 PM wrote:mighty's gonna rewatch M stoned and finally get what everyone was squakin about

I doubt it. Aguirre, on the other hand...
My Criticker movie Ratings and Reviews

With the amount of classics she hates, Mighty has to become a don of some drug mafia to re-watch everything..
Top

Any films from this decade that are not on TSZDT 1-2000 that are still worth watching? Doesn't really matter what the subject matter is as long as it's not comedy.
iCheckMovies Profile | MovieMeter Voting History
Top

TSZDT is heavily slanted towards recent stuff but there's quite a few films which are either too "borderline horror" or too recent to have enough votes:

There are also a few good recent horror-themed documentaries if you're looking for them:

I would add 3 asian favorites :

I am a hero (a manga adaptation of a tale of a zombie invasion, directed by Gantz director Shinsuke Sato)
https://www.youtube.com/watch?v=OAYxplvcMNU

<Note that Yeon's new movie is not animated, it's also about zombies, and it was a great hit in South Korea : Train to Busan>
https://youtu.be/97bcFB4VnEk
I'm looking forward to it, but haven't seen it yet.

Goksung, by Na Hong-Jin (who directed yellow sea)
This one is more than just a simple horror movie, but it is a highly recommendable horror picture.
https://youtu.be/SeSv5lfSbOs

On the western side, I also recommend Cooties.
https://youtu.be/S8xQLN181kY

Thanks! Never thought This Is the End and The Man from Nowhere would be borderline horror (haven't seen them). I've seen a couple of the ones mentioned already of which I liked Big Bad Wolves the most. How is Black Mirror as a series? Hadn't heard of it before but it seems interesting. I don't like to watch separate episodes even though I read it's an anthology series.
iCheckMovies Profile | MovieMeter Voting History
Top

Black Mirror is a pretty decent show. Each ep is a self-contained story so no need to watch it in sequence.
Top

@Harco: I suggest you start out with ep.2 of Season 1, http://www.imdb.com/title/tt2089049, one of the very finest installments and a modern classic in its own right.
Top