This is match 1G of the third season of iCM Forum's Film World Cup.


Voting Rules:
- You must watch all 4 films before you vote.
- To vote, rank the 4 films from most favorite to least favorite. (note: you're ranking the individual films, not the countries)

The countries that end at 1st and 2nd place proceed to the next round. The ranking of the match will be decided using these rules:
- Ranked by lowest average ranking.
- In case of a tie between two movies, head-to-head determines the winner (how many people thought A>B and how many thought B>A).
- In case there's still a tie after the previous rule or there is a tie between three or four movies, most #1-votes determines the winner.
- Still a tie? Fewest #4-votes determines the winner.
- Still a tie? The match will have a 3 day extension (except when the tie is only between #3 and #4).
iCM-list of all movies in this World Cup

Take a look at the screenshot of La casa del ángel. Is that really the best copy available?
Last edited by joachimt on April 15th, 2018, 8:04 pm, edited 1 time in total.
ICM-profile
Fergenaprido: "I find your OCD to be adorable, J"
Top

Best group so far, and the second best overall. Had only seen Ice Cold in Alex before and I thought it would be a clear number one for me. But Tou ze was so good, and the performance from Deannie Yip was absolutely amazing

Believe or not it's a DVDRip. There is a TDTRip with slightly higher resolution
Re-sync subs would be necessary, though.
Top

Believe or not it's a DVDRip. There is a TDTRip with slightly higher resolution
Re-sync subs would be necessary, though.

That looks significantly better, not just the resolution but that it doesn't look like you're watching through a dirty smeared window.
My Criticker movie Ratings and Reviews

Believe or not it's a DVDRip. There is a TDTRip with slightly higher resolution
Re-sync subs would be necessary, though.

That looks significantly better, not just the resolution but that it doesn't look like you're watching through a dirty smeared window.

Absolutely!
ICM-profile
Fergenaprido: "I find your OCD to be adorable, J"
Top

Best round so far.

will watch hong kong and bulgaria entries this week. cheers 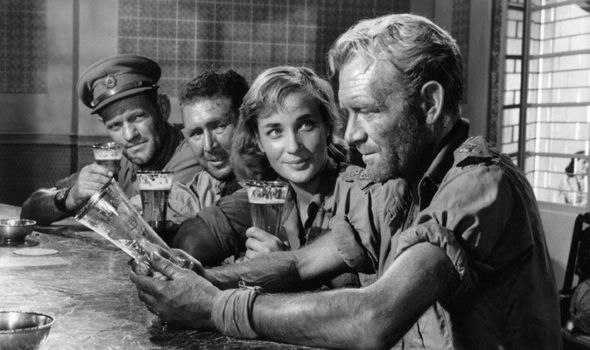 The kid in Ritzar bez bronya looks so familiar to me, but I can't figure out what movie he reminds me of. I haven't seen any of his other credits on IMDb.
ICM-profile
Fergenaprido: "I find your OCD to be adorable, J"
Top

Got it! Looks a lot like the kid in Cinema Paradiso.
ICM-profile
Fergenaprido: "I find your OCD to be adorable, J"
Top

Never a doubt in my mind as to the top spot!

Ice Cold in Alex - a nice addition to the "Truck of Death" films like Wages of Fear, Sorcerer, that Syrian WC movie and Mad Max Fury Road. Solid 8
Top

this must be my first 4-way match one with no drops below the good ol 6
also only had to watch 2 and a half hours (2 movies), probably the shortest round for me

Ice Cold In Alex 8
Ritzar bez bronya 7
La casa del Angel 6+
too bad about the subs. dissimulate? had to look that up! also some lines were not translated so I made use of the russian translation (could've updated the subs with it). fixed some typos as usual.
Tou ze 6

Same vote from me, but slightly different ratings. 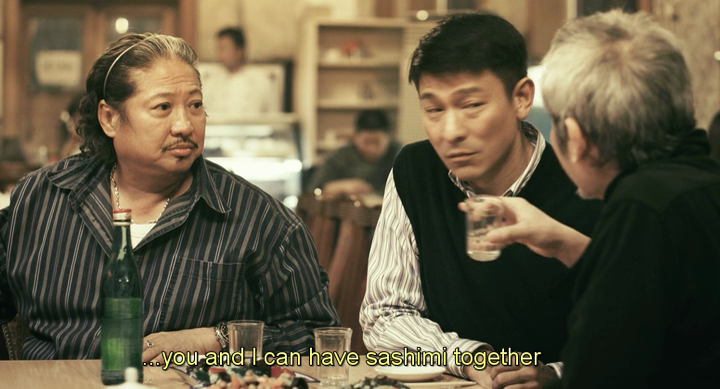 enjoyed all these. cheers. and thanks to everyone for help w/file and translation

Another great round -- thanks to funky, Smoover, Mario, and RBG! I like Ice Cold in Alex (and the other two) a lot, but Tou ze has been a huge favorite of mine ever since I saw it a few years back.
Top

Interesting stat: Out of 14 votes so far Tou ze was either #1 or #4 11 times. Quite a divisive movie apparently.
ICM-profile
Fergenaprido: "I find your OCD to be adorable, J"
Top

Thanks to RBG, funky and Mario for this good round.
Top

I didn't know that my pick would be polarizing that much

Have to agree with several others, best round so far. Great picks all around!

In every film there's gotta be something to hate.