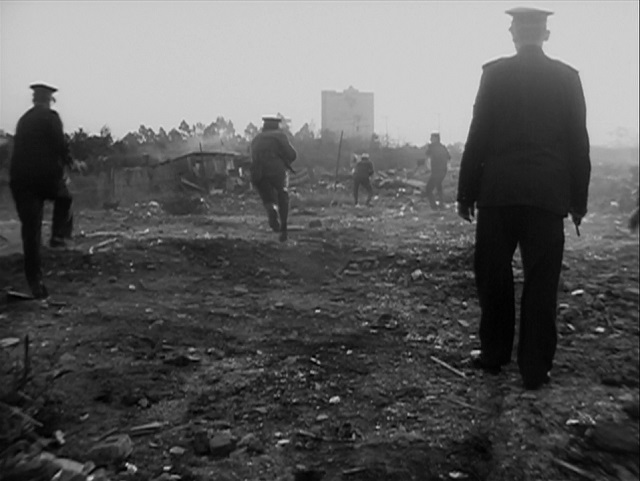 Summary:
The story of a famous Brazilian criminal, called The Red Light Bandit because he always used a red flashlight to break in the houses during the night. Working alone, he also used to rape his female victims.

I watched thirty minutes of this and had to stop. It was aimless, pointless, and nonsensical. Like an amateurish knock-off of a bad New Wave movie.

I might try to get through it tomorrow or some other time. I'm not sure.
Top

oh this is one hell of a film. it can be exhausting, it's doing so many THINGS. i shall quote my friend's letterboxd review:


Ghetto Fantomas Vs The Flying Saucers!

Acid-fried anarchist satire. Kaleidoscopic, perfectly non-linear, made up of so many thousands of verbal and visual fragments that the possible meanings are inexhaustible. "Anarcho-terrorist criminal activity is identical to establishment politics" seems to be one of the main threads of discourse, another one relates to pulp journalism's role in maintaining the dominant ideology. Mostly, it's "civilization has already BEEN destroyed, we just don't realize it yet -- so let's set fires and dance!"

Under the paving stones, Bahia!

it's not for everyone, that said, on watching i immediately thought of him

I wasn't a fan of the narration style. I certainly wasn't expecting it given the title name and the imdb summary. This film reminded me of another Brazilian film, À Meia Noite Levarei Sua Alma/At Midnight I'll Take Your Soul (1964) which is a film I enjoyed.

I thought this film started off well, but then it felt too repetitive (partially due to its narration style) and I stopped caring about what was happening.
Top

I belatedly watched this last night. It was intriguing, but the editing and shout-y narration made me feel like I was watching a 93-minute trailer. Maybe the real film is 100 hours long.